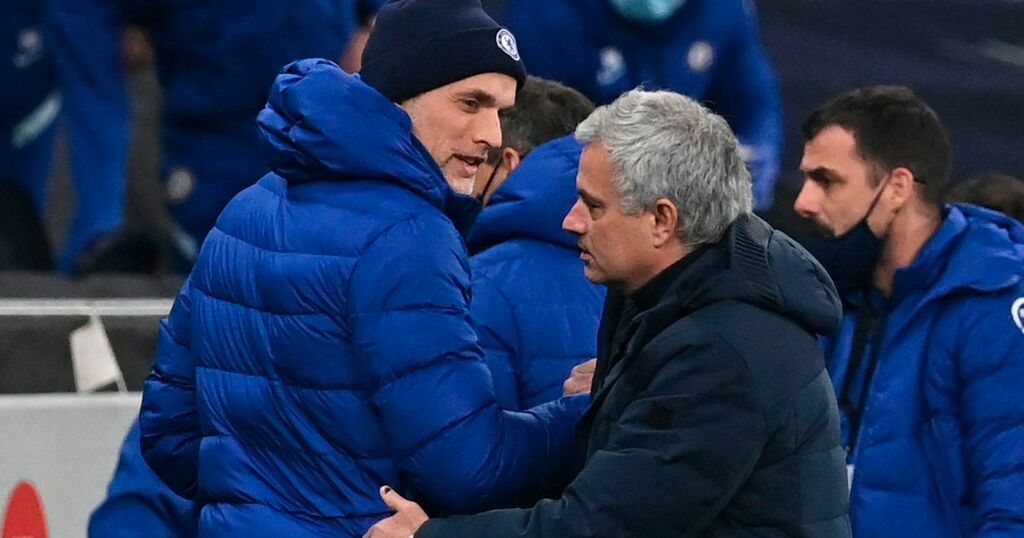 "As we say in Portugal, they brought the bus and they left the bus in front of the goal."

That quote remains one of Jose Mourinho's most iconic. Delivered after a 0-0 draw with Tottenham early into his first spell as Chelsea head coach, it was as mischievous as it was derisive. It also saw a new term enter the football lexicon, one that continues to this day: parking the bus.

There is a certain irony in that that particular approach has become favoured by Mourinho in the years since, especially in high-profile matches. The 58-year-old is steadfast in his belief that a team is never more vulnerable when they have possession, something which is at odds with the vast majority of top coaches around Europe.

Mourinho's football is reactive rather than proactive. Safe rather than stylish. That is not to say his sides can't play entertaining football – those who watched Chelsea between 2004 to 2007 can attest to that – but it does explain why his coaching prowess has waned over the past decade.

Yet back in 2004, Mourinho was at the peak of his powers. His Chelsea side that contained the likes of John Terry, Claude Makelele, Frank Lampard and Didier Drogba swept all before them during the 2004/05 season to secure the Blues' first Premier League title and they set several records along the way.

The majority no longer stand; Man City's 'Centurions' are to blame for that. Yet one does remain: fewest goals conceded in a Premier League season.

Chelsea's backline was breached on just 15 occasions during the 2004/05 campaign. And only twice did they concede more than one goal in a top-flight match. It was an astounding collective effort.

Can that record be beaten? It's difficult, almost impossible given there is a greater emphasis placed on progressive, attacking football compared to 16 years ago. But perhaps Thomas Tuchel's Chelsea can come close, maybe even just pull it off.

The defensive improvement overseen by the German coach since his appointment in January has been hugely impressive. It was what enabled the Blues to win the Champions League in May and what is the bedrock of their Premier League title challenge this season.

"We are always very competitive and it always feels good if it's hard to score against your team," Tuchel said last month. "It gives you stability, gives you the experience during matches that you can fight through it. It was the basis for our success last season, it is in the moment right now."

The Blues kept 11 clean sheets in 19 matches under Tuchel in the Premier League last season. They have four in seven this term. But to come close to matching the record of 2004/05, there is going to have to be further, and big, improvement.

That Mourinho side conceded just 0.39 goals per game across the entire campaign. Petr Cech was excellent. Paulo Ferreira, Ricardo Carvalho, Terry and William Gallas near flawless. And, of course, Makelele was the early-warning system in front of the back four.

Tuchel's Chelsea haven't been quite so secure. In the 26 Premier League matches played under the German, 16 goals have been conceded. That works out at 0.61 per game, nowhere near good enough to challenge the Blues' own record.

Of course, the shock defeat at home to West Bromwich Albion in April does skew the figures somewhat. Chelsea, somehow, managed to lose that game 5-2 at Stamford Bridge.

Remove that game from the equation and the Blues are conceding 0.44 goals per game under Tuchel, far closer to the Chelsea vintage of 2004/05 but not good enough to take their record.

This term – after seven games which has seen Tuchel take his side to Arsenal, Liverpool and Tottenham and host Man City – Chelsea have conceded 0.43 goals per game. Again, improvement is needed, but as long as there are no repeats of the West Brom horror show, the Blues have a small chance of emulating Mourinho's title winners.