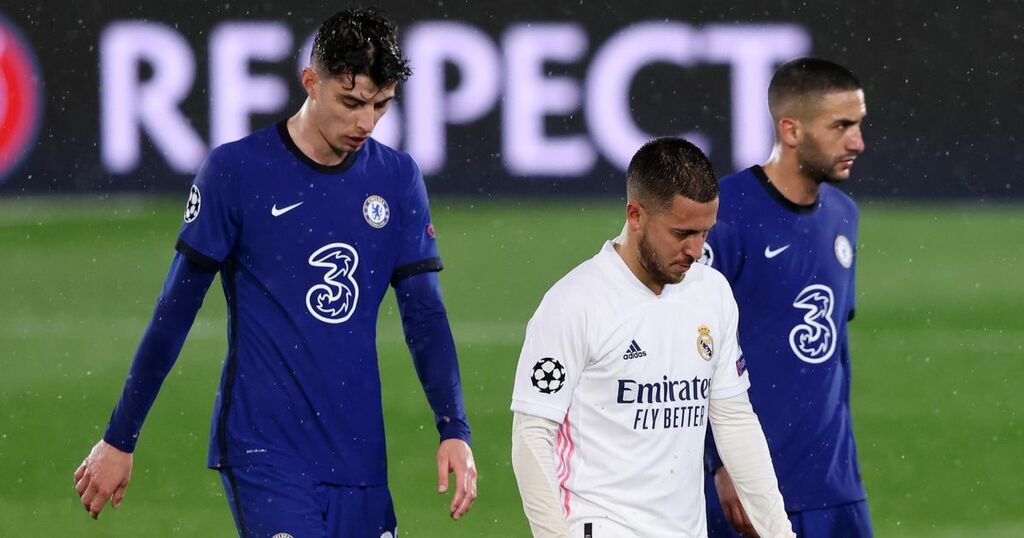 Roman Abramovich is leading Chelsea's pursuit of Eden Hazard from Real Madrid in a shock return to west London, according to Catalan outlet El Nacional.

The report claimed that the Blues have already held informal talks with Florentino Perez over a potential return for the Belgian but wouldn't be willing to table more than €40 million (£34m) for the 30-year-old creative technician.

A player-plus-cash deal for Reece James could be tabled in exchange for Hazard instead though, according to reports in Spain.

El Nacional revealed that Abramovich believes that the Belgian, who swapped Stamford Bridge for the Santiago Bernabeu in 2019 for an initial £88 million, can still be one of the best players in the world.

Agreeing with his employer, Thomas Tuchel has seemingly already given the green light for Hazard's return after the German showered him with praise ahead of Chelsea's Champions League semi-final bout with Los Blancos last season.

The Blues boss revelled in Hazard's 'consistency' before labelling him as a 'key player', offering a glimpse into the credentials that Tuchel demands from his creative players.

"He is a top-quality player and a key player for many years at this club and this league, the hardest in the world," Tuchel said.

"So consistent. I have the biggest respect for him. He is a big player, we have many people here who know him well. He was a key player for this club now he plays for Real Madrid."

Couple this feat with his widely recognised play style of building attacking transitions oppose to finishing them, Hazard's consistency to perform 'for many years' in the 'hardest league in the world' highlights the cutting-edge Tuchel has been looking for from Hakim Ziyech and Kai Havertz.

Tuchel's attacking midfield duo, who arrived at Stamford Bridge for a combined £104 million, have yet to entirely warrant their transfer fees and the Blues boss realises this which potentially explains the reported interest in Hazard.

Speaking after the Southampton game, Tuchel admitted that Havertz and Ziyech have been out of form despite having been given multiple chances to prove their quality on a consistent basis.

"We always try to do our best to get the players in the best shape but at some point, after a lot of chances, we have to admit that Kai and Hakim are not in their very best shape," he said in his post-match press conference.

"They struggle at the moment to be decisive. Nobody is angry at them and nobody has major concerns, but we have to pay attention to the actual form."

Havertz and Ziyech have recorded a direct goal contribution every 206.7 minutes across their entire Premier League careers combined, highlighting the difference in 'consistency' that Tuchel praised Hazard for.

Follow our CareFree Chelsea trends writer Jake Stokes on Twitter to get involved in the discussion and give us your thoughts in the comments section. And, if you enjoyed this piece of his have a read of a few more below!