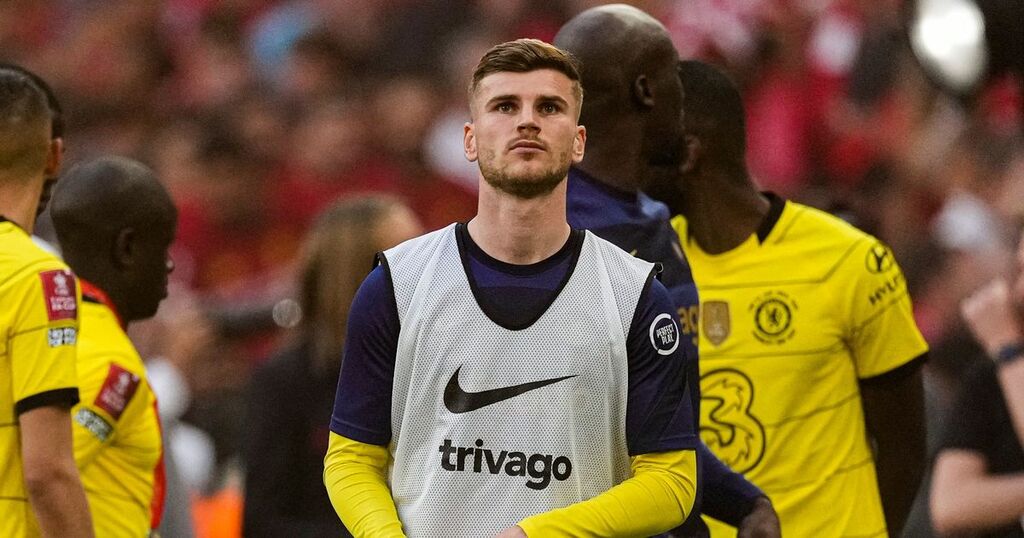 Daily Mirror
Thomas Tuchel: Timo Werner told me he was not fit to feature for Chelsea in FA Cup final loss

Thomas Tuchel has revealed Timo Werner told him he was not fit enough to come on against Liverpool.

Thomas Tuchel has explained why he didn't bring on Timo Werner in Chelsea's FA Cup final defeat to Liverpool on Saturday.

The pulsating tie went the distance, with Jurgen Klopp's Reds once again beating Chelsea on penalties at Wembley. The initial 90 minutes ended 0-0, with no further goals coming in extra-time, either. Romelu Lukaku failed to penetrate Liverpool's defence with cameras showing a glum looking Timo Werner on the bench.

Werner's pace would have been a go-to tactic for Tuchel to try and expose Liverpool's tired defence as the game went on, but Hakim Ziyech, Ruben Loftus-Cheek and Ross Barkley were all picked ahead of of the German forward.

Speaking after the game, Tuchel revealed: "Timo was injured and uncomfortable during the warm-up and said he could not play." Havertze was missing from the squad altogether with the Blues boss explaining "we tried everything medically [to get him fit], not possible".

On other injuries he added: "We had many players out and N'Golo with one training session and Mateo playing with an ankle that I didn't know it was possible to fit into a shoe."

But despite Chelsea's obvious handicaps Tuchel said he had no regrets over the final, and even told the team he was proud of their efforts. He said: "Like in the last final, the Carabao Cup, no regrets. I told the team I was proud." He added: "The difference for me is that they can go again on Wednesday, and then Saturday. This is where the gap comes from, they can produce these performances more often. They have built this team for longer. The sanctions don’t help."

It is the third domestic final in a row Tuchel and Chelsea have lost after falling to defeat against Liverpool in the Carabao Cup earlier in the season and in the FA Cup final against Leicester City last May. It means the Blues will have won just one major trophy this term - the Club World Cup.

Liverpool began the brighter of the two sides at Wembley and had some excellent opportunities to take the lead within the opening quarter of an hour. First, Mohamed Salah was found inside the six yard box but he could not direct his header on target, before Edouard Mendy denied Luis Diaz after the attacker ran through on goal.

However, the Blues grew into the contest and almost took the lead as Christian Pulisic fired the ball wide from the edge of the area. Then Romelu Lukaku came close as he pinned Virgil van Djik before drilling a half-volley wide when he arguably should have done better.

The second-half was end-to-end but neither side could find the breakthrough as the game went to extra-time. Thiago Silva had the best chance during the additional 30 minutes, but his header flew over the bar.

This meant a penalty shootout needed to decide this year's FA Cup winner, and Liverpool came out on top, securing a 6-5 win on penalties as Kostas Tsimikas struck the decisive spot-kick.

Daily Mirror
Thomas Tuchel: Timo Werner told me he was not fit to feature for Chelsea in FA Cup final loss

Thomas Tuchel has revealed Timo Werner told him he was not fit enough to come on against Liverpool.