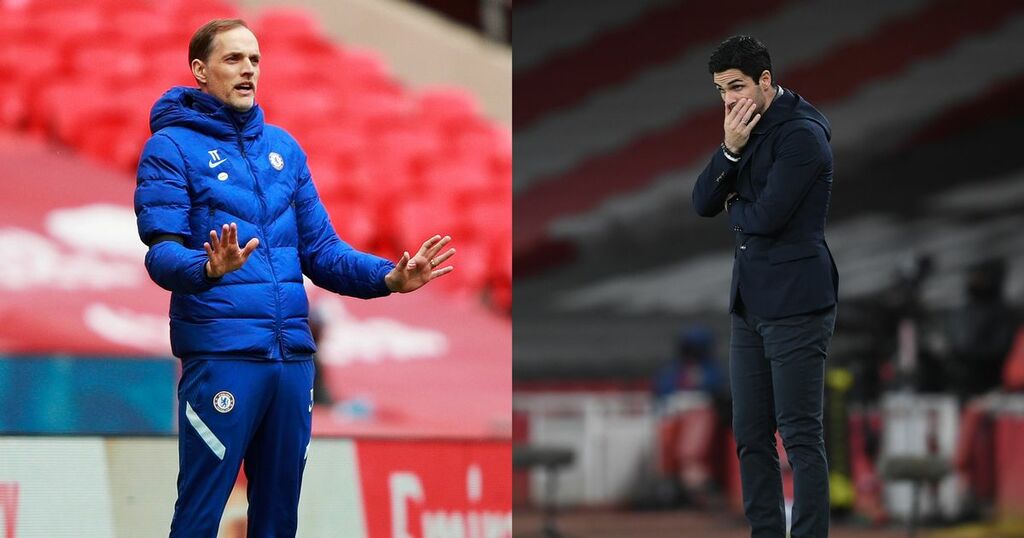 In September 2020, Arsenal confirmed that Mikel Arteta had been promoted from head coach to first-team manager.

The decision was scrutinised at the time considering Arteta had been in the role for less than a year and had finished in the worst league position for more than 20 years.

Yet Arsenal CEO Vinai Venkatesham, who himself had been recently promoted to the position, spoke with confidence about the club’s choice.

He revealed that the promotion would see Arteta move up the hierarchy and no longer be working underneath technical director Edu, instead, operating alongside him.

“Edu and Mikel working together to head up the first team operation,” Venkatesham said.

He explained what this meant for Arteta’s role.

"So in terms of how that will work, going forward Mikel will join a really strong team with Edu and they'll be working really, really closely together to manage all the other elements of our football operations that are so important, whether that is analysis, recruitment, high performance or medical, they'll be looking after those areas together,” Venkatesham continued.

Do Arsenal need a manager... or a head coach?
Sign up and have your say

Arteta finished his first season in charge of the club with 9 wins, 6 draws, and 5 losses from 20 games Premier League games: a win percentage of 45%.

However, the position of 8th in the table remained the same and the club failed to pick up silverware or qualify for Europe.

Furthermore, in the first 14 games of the 2020/21 season, the initial period of Arteta’s tenure as first-team manager, they won just 4 games. Drawing 2 and losing a staggering 8.

The introduction of Emile Smith-Rowe to the first team and the addition of Martin Odegaard in January helped turn the tide and the 8th place finish was effectively a rescue job. However, a disappointing defeat to Unai Emery’s Villarreal in the Europa League semi-final meant many fans were ready to call time on Arteta’s reign.

Recently, David Ornstein of the Athletic revealed on the Arsecast that he had heard whispers of regret from within the club at the decision to promote Arteta from head coach to first-team manager.

“Mikel Arteta’s promotion to manager was something that I think Arteta himself was in favour of. Clearly, there’s been huge conversation about this. A lot of people at, around, outside Arsenal close to the club feel this was a big mistake,” explains Ornstein.

"Even if it was going to happen, you still needed a really respected, powerful operator. Whether it be Sanllehi or somebody else, who can provide the shield for both the technical director and the head coach/manager.

"Who can be the figurehead of that operation, who can front up to the executives, who can front up the media, who can work the corridors of power, who can deal with everything, football, and non-football, that allows the head coach/manager to just focus on their role.”

The struggles Arsenal have faced on the pitch to progress under Arteta could be put down to the inexperienced coach being given far more responsibility than he was ready for.

Despite Venkatesham’s confidence in the club’s decision at the time, instances throughout last season, and the beginning of the current campaign, have made Arteta look out of his depth.

Chelsea head coach Thomas Tuchel was appointed to the role after leaving PSG. Since then, he has gone on to help Chelsea finish in the top four, reach a second successive FA Cup final, and win the coveted UEFA Champions League.

Interestingly, just a couple of weeks prior to the UCL win, Tuchel spoke in an interview in which he described his delight to simply be a coach. Referencing how not needing to worry about transfers was enabling him to enjoy his work. The effects of which are obvious on the pitch.

“[It has] made a huge simplicity for me here because it has been only about coaching,” he said. “No second thoughts about bringing somebody in or letting somebody go. I embrace the simplicity. I hope I can continue to live like this on the job. Because it is pure fun, very exciting. [It’s] very pure, the feeling I have right now.”

He was asked about his role for the then-upcoming summer window in which he made it clear that transfers would not be a fractious topic at the club.

“I have zero ambition to ruin this atmosphere — not for myself, nor for anybody else,” Tuchel said. “Do we have some ideas [about] how to improve the squad? Yes, we do. But will we fight about it? No.”

Chelsea’s director Marina Granovskaia has been responsible for the acquisitions of Kai Havertz, Thiago Silva, Timo Werner, Ben Chilwell and, more recently, Romelu Lukaku amongst a whole host of other signatures.

Similar to Arsenal technical director Edu's former role prior to Arteta’s promotion, Granovskaia is the sole figurehead of the Chelsea player transaction department. Tuchel has been able to focus on coaching whilst Granovskaia has sorted out the buys and sales.

Arsenal may look back on the decision to promote Arteta to first-team manager, putting him on a level playing field with Edu, regretfully.

It is unclear who from Arteta and Edu holds the most power and whilst Granovskaia has the ability to recommend the removal of the head coach, Edu’s task of implementing the first team philosophy looks devoid of the power to do the same.

It seems ludicrous that the man whose job is to make decisions to ensure Arsenal’s progression and philosophy continue lacks the control to make a choice, or at least recommend, to change the person in charge of the team.

An apparent power struggle at Arsenal exists and its impact on first-team performances appears obvious from the successive 8th placed finish and an awful start to the current league season.

The ownership of Stan and Josh Kroenke along with CEO Venkatesham must address the issues behind the scenes if they have hope to accomplish their goals of returning to the European elite.

How has Arsenal changed since Mikel Arteta's promotion from head coach to manager? Follow our new Arsenal Fan Brands Writer Tom Canton to get involved in the discussion and give us your thoughts in the comments section below.