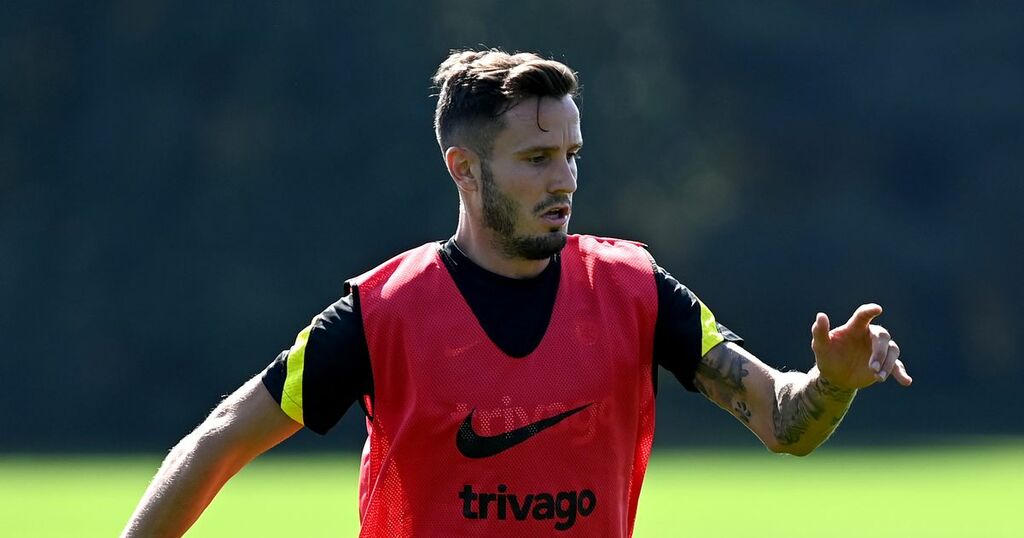 With just minutes of the summer transfer window to spare, the Blues were able to secure the services of the Spain international for the remainder of the campaign. Chelsea also have an option to make Saul's move permanent next summer for around £30million.

Saul arrived in England less than 24 hours after his move to Chelsea was confirmed. He has spent the international break familiarising himself with his new surroundings in London and getting up to speed with Tuchel's demands on the training pitches at Cobham.

Chelsea's head coach believes that has adequately prepared Saul for tomorrow's game. And a decision as to whether the 26-year-old starts against Dean Smith's side hinges on the fitness of Jorginho, who played all three of Italy's World Cup qualifiers.

"He's been with us for two weeks, has played at the highest level, and the picture is very clear," Tuchel explained this afternoon during his pre-match press conference.

"The club followed him for years, there are lots of scout reports about him. We know the player very well too and he has had a quick adaptation because of Marcos Alonso and Kepa. It's made it smooth in welcoming him into the group.

"He is in the squad and we will have to see with Jorgi tomorrow if it makes sense to put him into another 90 minutes.

"It is absolutely possible Saul plays for us because he has the quality, expertise and experience."

Saul proved to be Chelsea's third and final summer signing. Yet had things worked out a little differently, a fourth would've arrived at Stamford Bridge.

Throughout August, the Blues were hopeful of striking a deal with Sevilla for centre-back Jules Kounde worth around £43million plus add-ons.

Chelsea left their approach too late and Sevilla, understandably given they had little time to find a replacement, were adamant the France international would only leave the club in the final hours of the transfer window if his buyout clause of £68million was paid.

That was not a figure the European champions were willing to pay and the deal collapsed. Not that Tuchel was overly frustrated by how things played out.

"Marina was in charge and she is the best person for that," the German said. "We were in contact and Petr Cech was in contact [throughout deadline day]. So we knew about all the situations.

"We knew things could happen late and we were aware that maybe nothing happened at all. I assured everybody that I was happy if we could not bring a player in; we would find solutions in the squad and would push players within the squad.

"It was clear we tried for Kounde and Saul and it was very late [that the Saul deal was done]. It was a smooth transfer window and I had full concentration on training and on my team. The amount of Petr Cech, as a link between Marina and the group, was fantastic.

"So I was pretty relaxed and it had a good outcome. In the end, it was possible to add Saul into the group and this was a key position for us to have more alternatives and to not put all the pressure on the three guys' shoulders.

"There is a lot of competition now going on and it's my job to be a good moderator now going forward."