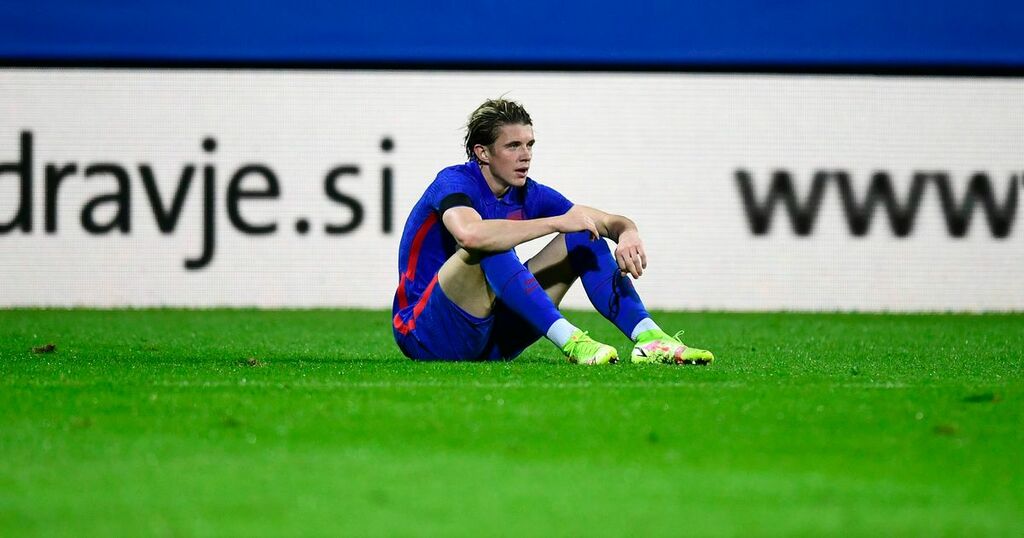 Newly-rejuvenated Newcastle United are reportedly targetting Chelsea's Conor Gallagher as one of their first signings since the £300million Saudi-led takeover was confirmed earlier this week.

Gallagher, 21, has arguably been the shining light so far in Patrick Vieira's indifferent south London outfit as they have endured a mixed start to the 2021/22 campaign.

His individual performances have now reportedly pricked up the ears of Newcastle, who are aiming for English and European footballing dominance within the next five years as Amanda Staveley alluded to in her first interview since the takeover was confirmed on Thursday.

“Newcastle United deserves to be top of the Premier League. We want to get there. It will take time, but we will get there,” Staveley told Sky Sports.

Part of the process to help the Magpies get back to the top will come in the form of achieving a top-four finish within the next two seasons, and the Saudi-led consortium believe Gallagher could be the first piece to the jigsaw, according to the latest reports.

The Daily Mail are reporting that the 21-year-old is on a list of potential midfielder targets that the Newcastle board are mulling over, alongside Leicester City's Youri Tielemans, ahead of a January move.

This will could come as something of a relief to Palace fans who will hope that the latter of the two options is selected on this occasion, meaning they could have a better chance of prising the former West Brom loanee away from west London permanently come the summer.

If the two aforementioned clubs in the form of Newcastle and the Eagles were to compete head-to-head for the signing of the England Under-21 international, then the £320billion-worth Magpies would likely blow the south Londoners out of water regarding the transfer race if things were to transpire in this way.

The fee that may be needed to convince Chelsea director Marina Granovskaia to let go of the midfielder could be in the £14million region, according to transfermarkt.

Gallagher is currently away from the capital at the moment with the Three Lions' Under-21 squad who recently let a two-goal lead slip to Slovenia in the qualification stage for the 2023 European Championships.

Prior to the game, manager Lee Carsley praised Gallagher and teammate Marc Guehi for making the brave move to seek regular first-team football away from SW6 in the summer.

“Those two are very level-headed players and watching their games at Palace, they’re obviously very important to Crystal Palace as well and we’re aware of that.”

Match of the Day pundit Alan Shearer has also been full of praise for Gallagher - most recently after the 2-2 draw with West Ham.

Shearer said: “He said he wants to be an all-round midfielder – and he showed that today he’s got it in his locker.

“We need to see more of this because that’s what it was, whether it was playing balls in behind, whether it was winning balls for his team in the midfield. He is setting Palace on the front foot. Or whether it was arriving into the box at just the right time. Perfect timing and that’s a really clever finish.

“Watch this goal here [second goal]. Touch with the right foot, flick with the left foot and then again the finish. That is without doubt one of the Goals Of The Month contenders. It’s a magnificent goal, the touch and then the ability to finish it off the way he did.

“Then Palace could’ve won it. It was a brilliant ball in by Gallagher and [Marc] Guehi should actually put that in the back of the net.

“They’ll expect more of that this season from him, very impressive.”

If this deal to Tyneside was to materialise come the summer, this could be the start of the potential raid that could be about to hit Chelsea as the Geordies could splash an additional £130million on players from the European Champions who should be able to help take the club to the next level.