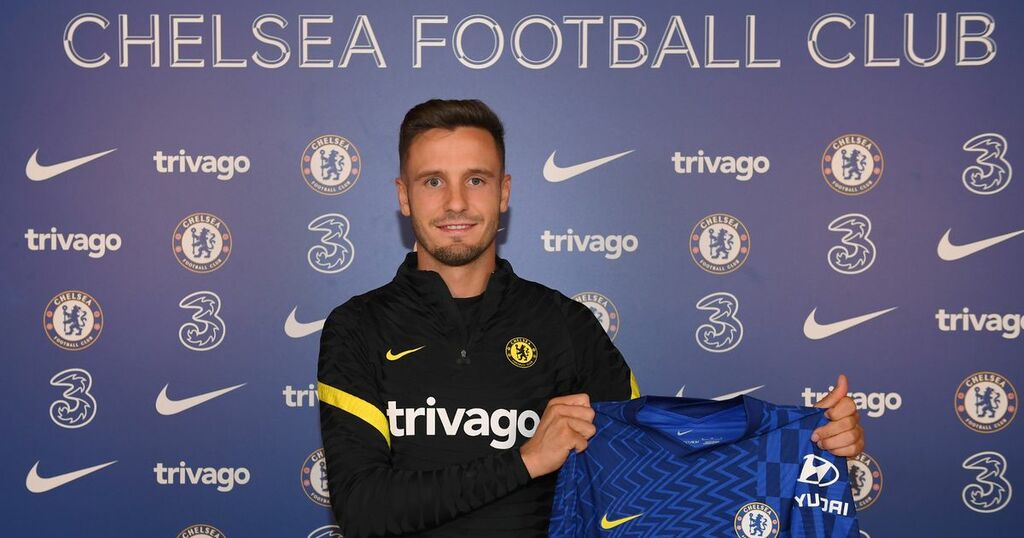 Thomas Tuchel has revealed Chelsea were tracking Saul Niguez for “many, many years” and had to fight off other clubs before landing the Spanish midfielder on loan.

Saul, 26, joined the European Cup holders from Atletico Madrid on deadline day, with an option to make the move permanent, and could make his Blues debut against Aston Villa on Saturday evening.

And Tuchel was relieved to land extra cover for Jorginho, N'Golo Kante and Mateo Kovacic with Chelsea facing a colossal fixture schedule in the run-up to Christmas.

The Stamford Bridge messiah revealed Saul was in contention to face Villa, saying: “He was with us now for two weeks, he played at the highest levels and the picture is very, very clear.

“The club have followed him for years. They have expertise from all the scouting reports over the years about him.

“It was a quick adaptation because of Marcos Alonso and Kepa (helping with translation), so this was very easy and smooth in welcoming him to the group.

“So he's in the squad and we will have to see with Jorginho tomorrow if it makes sense that we put another 90 minutes into him - because Jorginho can never say no.

“When Italy calls, he can never say no so. Even when they're 5-0 up, he still wants every ball and runs, so he's quite tired, so it's absolutely possible Saul plays for us because he has the quality and the expertise and experience.

"I was a bit concerned to go into the season with only Jorginho, N'Golo and Mateo - not because of a lack of quality or character, because I'm the happiest coach I can be to have these three guys.

"But it's a bit unpredictable, we have a Club World Cup to play in December and nobody knows exactly how many games there are to come.

"Normally two of those three guys always play, so once you have one injured or suspended you already are in danger of overloading the others.

"We were looking for alternatives - not desperately, but Saul was on the radar for Chelsea for many, many years.

“I'd known the player for a long time and was fighting with other clubs for the player in the past, and it was never possible.

"So when the situation came that it was possible for a loan, we were excited about it.

"We have the chance (to make the transfer permanent) which is good, and now it's on us and the player, and we can get to know each other in detail and see if this is a good fit.

"But he's exactly the type of profile we want to give Jorginho and N'Golo sometimes the break that they need.

Kante and Christian Pulisic will miss the date with Villa because of ankle injuries, although the Frenchman is expected to be available for Chelsea's first instalment of their Champions League defence against Zenit St Petersburg on Tuesday night.