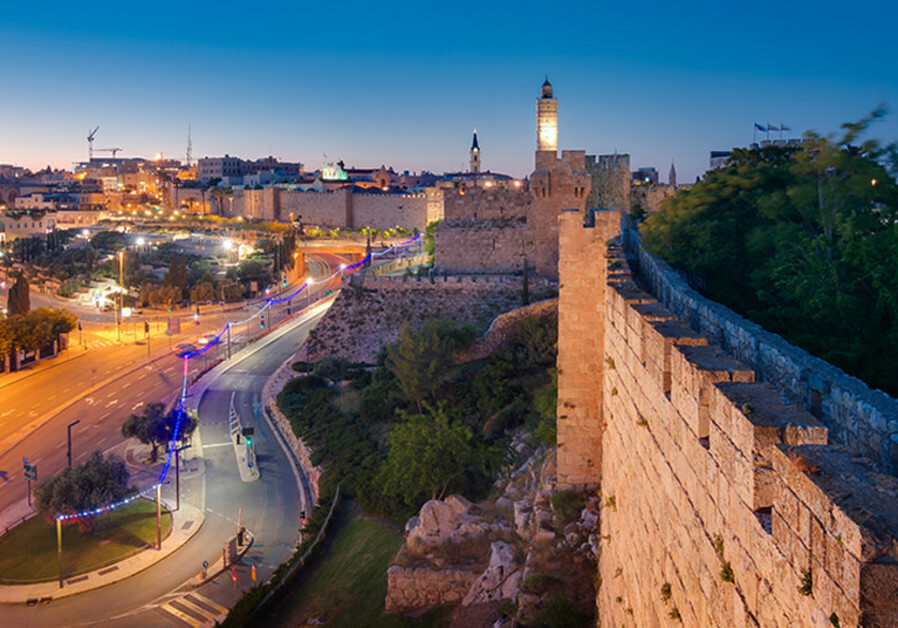 High Court of Justice green lights Old City cable car project
It rejected four petitions against the project which argued, among other things, that the project disturbed the historic integrity of…

BHUBANESWAR: Following upgradation under the Bhubaneswar Municipal Corporation’s (BMC) initiative, the “slum” tag has been taken off at least 135…

The Times of India
Jerusalem Print Workshop: One of the city's best-kept secrets

The place simply reeks of history. The main working area, and side rooms, are dotted with cast iron machinery that…

A recent report by the Committee for the Advancement of the Status of the Child has revealed a severe exacerbation of the effects of sexual abuse and domestic violence in the last two years, as well as an increase in “hidden dropouts” from educational institutions.

Only 1 in 15 young people are defined as having a “risk potential” and treated in the Administration for the Advancement of Youth, and there is a long waiting list to receive assistance.

The report has also revealed a worsening of the situation for youth in the city: out of 57,000 youth and young people defined as having a “risk potential,” only 3,700 patients have been identified and are being treated through the municipality. Also, in the last two years there has been an increase in children and adolescents dropping out of school and being suicidal following sexual abuse and domestic violence. The data refer to a thousand educational frameworks, and include the secular, National-Religious, Arab and ultra-Orthodox sectors. The document also revealed the extent of cases treated in the municipality’s Psychological-Educational Service involving young residents from kindergarten age to the end of middle school.

In the 2019-2020 school year, there were 120 cases of “suicide assessment,” a psychiatric diagnosis determining that a minor was in a state of “suicidal tendency.” A year later, a 65% jump was recorded (198 cases). In addition, there was an 18% increase in the number of cases that ended in death – from 132 to 157. There was a jump of 81% in the number of children and adolescents treated in the Psychological-Educational Service, from 699 in 2019 to 1,266 patients at the end of 2020. In 2020-2021, 178 children participated in treatment groups, with no such groups running in the previous school year. All these indicate the distress created following the outbreak of the coronavirus pandemic.

One of the most iconic and controversial buildings in Jerusalem will be demolished. About a year after the project to destroy the seven-story building on the corner of King George Avenue and Agron Street was submitted to the local planning and construction committee, the green light was given last week.

The structure, which overlooks Paris Square, will be replaced by a 30-story residential tower. The façade facing King George will be a commercial one and will house various shops. The Shufersal Sheli branch, which is located under the building, the first Shufersal in the country, will remain and continue to operate.

It is one of the most famous buildings in the city, though more famous for the criticism dealt to it. Nevertheless, over its 60-year existence, it gained a special place in the landscape of the city.

The building, quite unusual in the Jerusalem landscape, was designed by Israel Prize-winning architect David Resnick. Considered modern and innovative but perhaps too much so for Jerusalem, it was nicknamed by Jerusalemites a “Tel Aviv building.”

A small victory for the opposition, as several remarks they raised before the mayor caused a bit of embarrassment in Safra Square, forcing the municipality to make changes in advertising campaigns.

The Hitorerut movement petitioned against a campaign for the marathon because Mayor Moshe Lion appeared in it. In the second case, it was a complaint by the Movement for Quality Government, following a statement by Hitorerut, against a comic book for ultra-Orthodox children starring Lion. The attorney-general ordered it to stop its publication. The third episode happened last week, after Safra Square initiated an advertisement for Independence Day events titled “Jerusalem of Blue and White.” But upon realizing that Blue and White is the name of Benny Gantz’s party, somebody at Safra Square realized this could be a problem and decided to change the title.

These three cases prove at least one thing – that the opposition at city council and Ofer Berkovitch at its head will not stop fighting the mayor, and are preparing for the next election.

After decades of neglect, Ussishkin Street, connecting Nahlaot and Rehavia, was upgraded earlier this week with a NIS 17 million budget and inaugurated under the patronage of Mayor Lion. The upgrade included a repaving, new roads, parking bays and a traffic light. In the framework of the municipality program launched last year to renovate and upgrade the city’s streets, it was Ussishkin Street’s turn. The face-lifting project also included an upgrade of the street lighting, fences for gardens, flowers, new trees along the street including decorative lighting and adding and renewing street furniture and new benches. The works were carried out in collaboration with the Ginot Ha’ir Community Administration and with the participation and involvement of the residents.

The District Planning Committee approved last week a significant change in the housing plans in Givat Shaul, enabling the construction of 1,600 housing units at the entrances to the industrial area, according to the neighborhood’s updated master plan. About half of the apartments are intended for rental housing at a reduced price. Committee member Berkovitch, who was very involved in the promotion of this plan, said this move has a lot of common sense in it.

At Safra Square, the idea behind this project is that alongside the attempt to increase the supply of new housing units through urban renewal programs – new creative solutions, like including residential construction in interfacing areas with industrial areas, could be the solution. The committee’s decision explicitly states that about 50% of the housing units approved for construction (about 800) are designated for affordable residential use with reduced price tenders, of which at least 25% (about 200) are designated for long-term rentals at a reduced price.

A conservatory for Jerusalem

The Jerusalem Conservatory, which operated for the last 47 years in the Adam elementary school, will soon have a new building of its own. At the corner of Hamagid and Mohilever streets, thanks to donations raised by the Jerusalem Foundation, a cornerstone laying ceremony for the new building was held earlier this week. It will be called the Gerald and Gail Ronson Music Center after the donors, who attended the ceremony. In an architectural competition held by the foundation several months ago, in collaboration with the conservatory, the municipality and the Ginot Ha’ir Community Administration, Jerusalem firm Sitton Plus Tannous Architects won the tender to build the new home.

The building, which will cover 2,300 sq.m., will offer an inner courtyard that will be a residential and leisure area for students and will allow a connection to the community garden and the Natural History Museum. The building includes classrooms that will be used by the schools in the neighborhood for music studies and will be designed with the green building standard.

Israel Museum is offering Story Hour in English for children ages 3 to 8, every Thursday, in the museum’s library. Stories and characters from thousands of children’s books from all over the world will be read. Starts at 5 p.m., free admission.

High Court of Justice green lights Old City cable car project
It rejected four petitions against the project which argued, among other things, that the project disturbed the historic integrity of…

BHUBANESWAR: Following upgradation under the Bhubaneswar Municipal Corporation’s (BMC) initiative, the “slum” tag has been taken off at least 135…

The Times of India
Jerusalem Print Workshop: One of the city's best-kept secrets

The place simply reeks of history. The main working area, and side rooms, are dotted with cast iron machinery that…