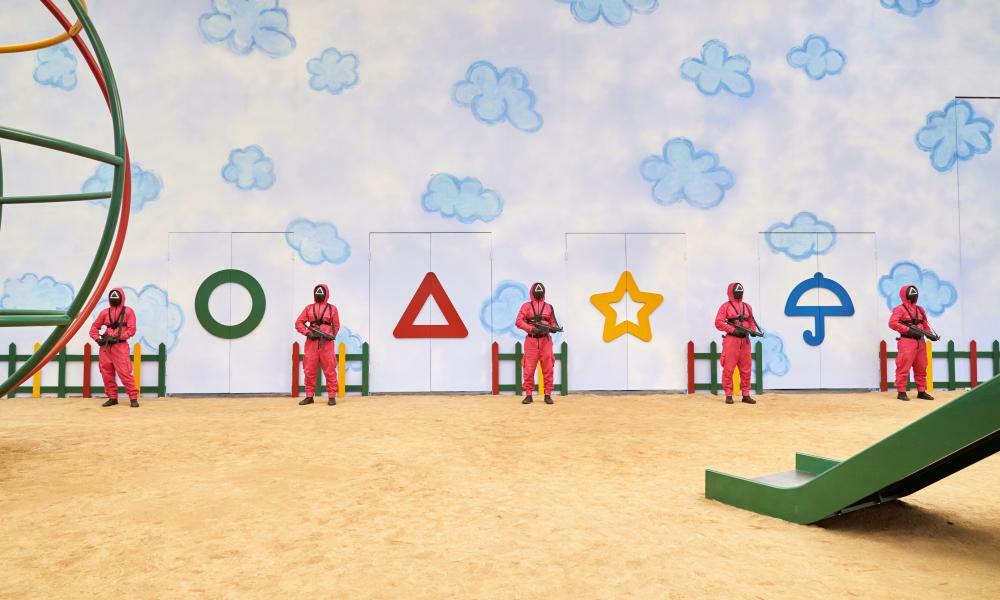 Thames Valley police’s roads team has never before tweeted about dystopian Korean dramas. But it made an exception for Squid Game after officers spotted an uncanny resemblance between a sign at junction 5 of the M4 and shape symbols that recur in the Netflix hit show.

Above a picture of a road sign featuring a triangle, a square and a circle, the force’s roads policing team clarified that the sign did not point the way to the ultra-violent game.

“It’s just directions for diversion routes during the roadworks … phew!” the tweet said.

Many of the more than 35,000 followers of the Thames Valley police roads appreciated the joke.

The symbols first appear in the opening episode of the nine-part drama, on a calling card handed to the show’s main character, a man from Seoul who is heavily in debt. (The telephone number on the back of the card had to be edited out after a South Korean woman and others who use similar combinations were deluged with calls.)

The symbols later occur on masks worn by guards who oversee a series of children’s games and are responsible for shooting the losers. The show, which has been seen as a moral fable about failures of South Korean-style capitalism, has attracted 111 million viewers worldwide in less than a month.

Despite the clarification about the M4 sign, some of the followers of the police Twitter account remained puzzled by the meaning of the black-on-yellow shape symbols alongside motorways. The Roads.org.uk website explains that they are used to help drivers tell the difference between various route diversions.