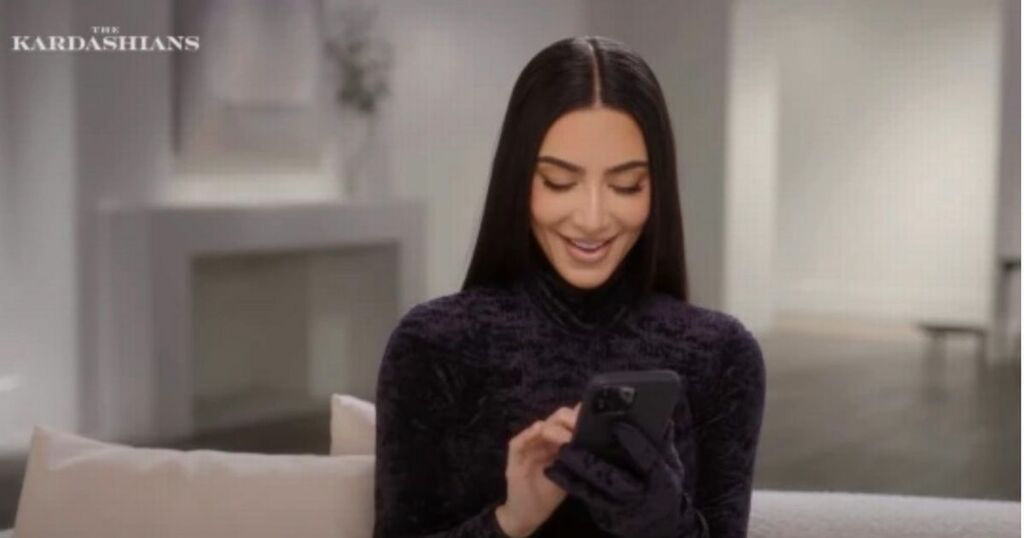 Pedestrian.tv
Get all your news in one place
Latest Entertainment news:

Pedestrian.tv
From analysis to good news, read the world’s best news in one place
LeBron Tweets Excitement for Ohio State vs. Notre Dame

This TikTok Shows Kim Is Slowly Morphing Into Her BF Pete Davidson, Like All Mortal Couples Do

You know how when certain couples spend too much time together, they start to morph into the same person, with the same mannerisms/habits/sense of humour? TikTok is witnessing this happen in real-time with Kim Kardashian and Pete Davidson, and this is my multiverse of madness.

Now, I’ve never watched a single episode of Keeping Up With The Kardashians in my entire life, but I know exactly what Kim sounds like. That “valley girl” accent is a key part of her brand and image — I can literally hear her in my head right now.

So it makes sense that both fans of Kim and avid bystanders like myself are losing it over this video of our posh billionaire absolutely guffawing in the goofy tones of Pete Davidson.

For this to have real impact, I highly suggest listening to Pete Davidson talk if you haven’t already. He has a very distinct New Yorker accent. His voice is gruff and nasally at the same time, and he slurs his words in a way that contrasts pretty heavily with Kim’s highly controlled enunciations.

God, that man has a pull I’ll never be able to fathom, yet one that I experience every day.

Anyway, back to this video of Kim:

The 17-second clip starts normal at first, but then Kim starts joking about her marriages and is it just me or is that Pete jumping out?!

“Marriages come and go, no offence guys. Take it from me,” she says, her voice becoming gruffer as she says the word “guys”.

And then, like music to my ears, she releases a real laugh. A cackle. A guffaw, even. Something far more wicked than she would normally release and I say that with praise.

She continues to joke about being thrice-divorced and her laugh just becomes even more rakish. So rakish that I — and other TikTok users — were forcibly reminded of Pete.

It’s happening. The morphing has begun.

Others reckoned this demeanour was actually coming from her mum Kris Jenner, but I reckon if that was the case we’d have come across this version of Kim sooner. Or maybe this is just the real Kim who we never see.

Real talk though, I love this for her — even if Kris strained smile implies Kim’s more natural demeanour is not good.

Go off Kim! Embrace your goofy side!! Pete Davidson is clearly good for you.

The post This TikTok Shows Kim Is Slowly Morphing Into Her BF Pete Davidson, Like All Mortal Couples Do appeared first on PEDESTRIAN.TV .

Pete DavidsonKim KardashianTikTokKris Jenner
Sign up to read this article