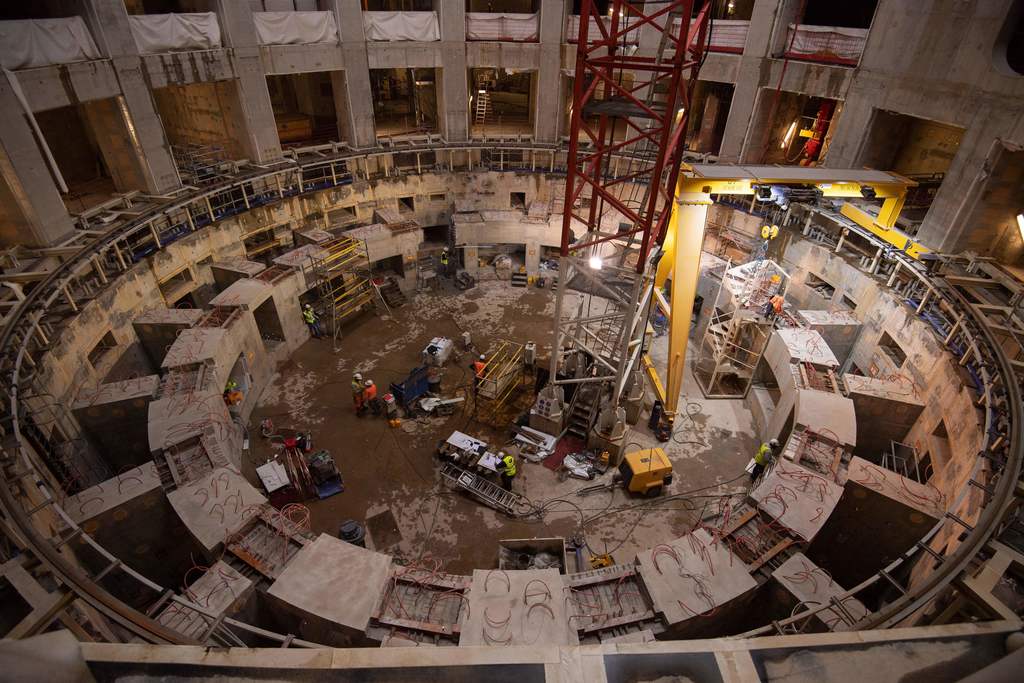 As countries around the world race to rid themselves of fossil fuels, nuclear fusion presents the ultimate opportunity in its promise of an effectively limitless supply of clean energy. While it's largely been theoretical up to this point, new studies show that scientists are closing in on a real, serviceable version of the technology. This week, researchers at the Massachusetts Institute of Technology revealed seven studies that suggest a compact nuclear fusion reactor they have been working on should work.

The reactor, which has been named Sparc, has been in development for more than two and a half years as part of a partnership between MIT and a startup company called Commonwealth Fusion Systems. The project was reviewed by 47 researchers from 12 institutions, and their findings were published in a special issue of the Journal of Plasma Physics. The consensus from the experts seems to be that there is a high level of confidence that Sparc will work. While there are still challenges remaining in the development of the reactor, they all fall within the realm of what is expected and the researchers found no unexpected issues while parsing through the concept.

With the green light from experts, MIT and Commonwealth Fusion Systems are expected to start construction on the reactor next year. The process could take three to four years to complete, and then a significant amount of testing will take place before the reactor officially goes online. If the testing process is successful and everything goes according to plan, the partners in the project will build a power plant that will generate electricity using nuclear fusion, which could be operating as early as the beginning of the next decade.

The MIT project is not the first crack at nuclear fusion, but it is possibly the most ambitious, particularly in terms of how fast the collaborators are planning on going from construction to operation. The International Thermonuclear Experimental Reactor (ITER), currently being constructed in France, is the largest such project, involving contributions from the European Union, China, India, Japan, Russia, South Korea, and the United States. The research project has been ongoing since 2013 and isn't expected to produce a fusion reaction until 2035. The project also isn't designed to generate electricity, but rather simply prove that fusion reactions are viable. Another fusion reactor, known as ST40, went online in 2017 in the United Kingdom and achieved "first plasma," which means it successfully created a scorching hot orb of electrically-charged gas. The UK is investing in expanding this technology and working to build a plant capable of generating energy from nuclear fusion, but it isn't expected to be operational until the early 2040s.

The process of creating nuclear fusion is a particularly challenging one. It requires producing plasma at temperatures of at least 100 million degrees Celsius (180 million degrees Fahrenheit). That level of heat, seven times hotter than the very center of the sun, is considered the fusion threshold. At that point, two light atoms can fuse together to create a heavier one. In the case of the fusion reactor, it is two hydrogen atoms that come together to form helium. The mass of the fused atom is less than the two atoms that formed it, and the mass deficiency becomes energy, which can be harnessed to produce electricity.

The Sparc reactor is the most promising development yet in not just proving that reaching the fusion threshold is possible, but actually harnessing the reaction and generating a seemingly endless supply of carbon-free energy. The quicker it can be achieved, the better our odds of eliminating dirty-burning fuel sources and keeping the planet from warming more than it already has.