This Morning 'wheels come off' with Holly gaffe, Alison slip-up and distancing fail 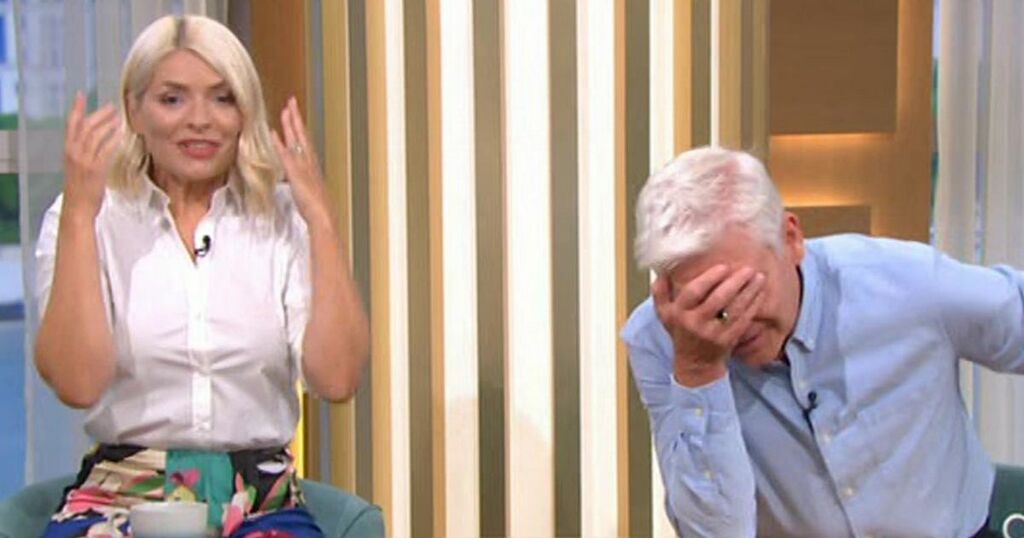 This Morning’s Holly noted the “wheels have come off” in the opening minutes of the show.

On Wednesday’s instalment of the ITV magazine show, Holly Willoughby and Phillip Schofield teased what was to come up for viewers in the latest episode.

However, issues quickly emerged when Holly teased the Dosh on Your Doorstep segment with Alison Hammond and Josie Gibson.

Instead of teasing the £1,000 prize money available to house in a secret location, she accidentally described the prize as being a whopping £100,000.

Holly said: “Alison Hammond is continuing our Dosh on Your Doorstep marathon. She’s giving another lucky viewer a chance to win £100,000…no she’s not.”

After cutting to Alison at a “secret location” on a mystery street, Alison hid from view and joked she was disguised as a brick wall.

When Alison did appear, she noted that she had a hole in her cardigan sleeve.

She then shouted on the mystery street: “Anyone got a needle and thread?”

Alison then shouted: “Oh, there’s a lady there! She’s got a needle and thread, oh thank you, darling!”

The camera then panned around to show the woman but also showed the street.

Holly and Phil then shouted in the studio: “No! Don’t show the street! You’ve shown the street!

Phil and Holly were both seen with their heads in their hands.

As Phil and Holly said farewell for now, we then saw the woman with the needle and thread emerge and walk over directly to Alison and begin fixing her hole in her cardigan.

Phillip commented: “There wasn’t any social distancing there at all. Good lord…where’s her mask? What’s going on? The whole thing has fallen apart.”

“That’s so sweet, though,” said Holly, before Phil agreed it was “lovely”.

He also noted that Alison was double vaccinated against Covid-19 and Holly said they were outside.

Phillip then leant forward with his head in his hand, already exhausted.

Holly then questioned: “How have the wheels come off this early?”

She then commented that their producer Ellie had said the day would be a simple show, which Holly worried would be the “kiss of death”.

Phillip noted it was only 10.03am and “already the wheels are over there”.

*This Morning airs on weekdays from 10am on ITV and ITV Hub.