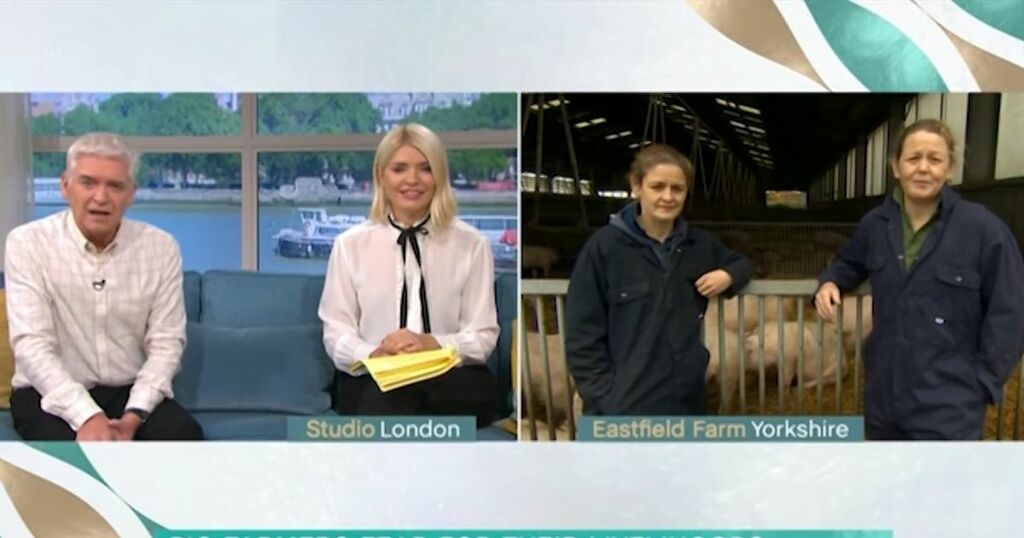 This Morning has sparked outrage among viewers after 'screaming pigs' were heard in the background during an interview.

They appeared via video link from their farm in Yorkshire to discuss the impact the shortage of HGV drivers is having on their livelihood.

It comes as farmers face the prospect of having to cull thousands of animals.

The crisis is also due to staff shortages at processing plants caused by Brexit and the coronavirus pandemic.

"We need action now," Vicky said when asked by Phillip what they wanted the Prime Minister Boris Johnson to do.

"We need him to relax the immigration visas to allow butchers to come back in.

"The sticking point massively is that they’re having to adhere to very good English speaking and language skills."

But as Vicky tried to speak, she was quickly drowned out by the loud noise of the pigs behind them.

"Gosh, it is very noisy," she commented as she tried to continue.

Some viewers found it uncomfortable to watch.

"The noise of those pigs on #ThisMorning makes me never want to eat pork ever again," tweeted one.

Another said: "Watching #ThisMorning , it gets easier to understand why more people become vegetarian or vegan. Hearing those poor pigs was truly awful."

Others theorised it wasn't because the animals were distressed.

"Very Randy pigs #ThisMorning," one said, as did many others.

"They are going to end up with even more pigs soon #thismorning," a third laughed.

Another suggested: "Just move away from the pigs?! #ThisMorning."