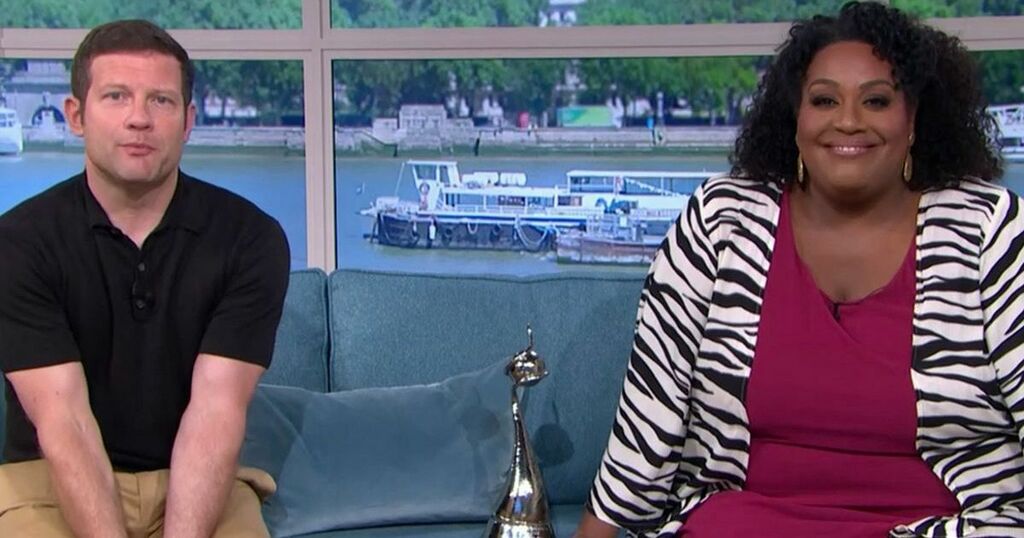 This Morning aired a very different post-NTAs episode without the usual antics from Holly Willoughby and Phillip Schofield.

Friday regulars Alison Hammond and Dermot O'Leary presented today's instalment of the ITV show - becoming the first where Holly and Phil weren't on air after the big ceremony.

The pair showed off the National Television Awards trophy for Daytime TV and offered a "very polite thank you" before launching into a confetti-laden celebration, reports the Mirror.

Alison then gave her very own mini acceptance speech.

Meanwhile, Dermot joked that it would have been bad if they lost the year he and Alison began presenting Friday's shows.

It was a far cry from the usual hungover, giggling scenes from Holly and Phil in previous years, who yesterday commented on not having to wake up early to present the next day.

They commented: "The great thing is it's on a Thursday for the first time so we don't have to wake up."

Alison did not attend the ceremony but did dress up at home and posted a photo on Instagram, penning: "Nta Ready, but not at the #ntas come on @thismorning!!"

But the ceremony was attended by many stars of the show, including Philip Schofield, Holly Willoughby, Eamonn Holmes, Ruth Langsford, Rochelle Humes, and Dr Zoe Williams.

Holly and Alison had been nominated in the Presenter category along with The Chase's Bradley Walsh and former Good Morning Britain host Piers Morgan, but all four lost out to Ant McPartlin and Declan Donnelly who won for their 20th time in the category.

On Friday morning, Holly captioned a lift selfie of the team with the caption reading: "The obligatory lift selfie … Waking up with a full heart this morning… thank you once again… we love making this show and to pick up this award means so much to the whole team… congratulations to everyone at @thismorning … huge love".

This Morning airs on weekdays from 10am to 12.30pm on ITV with previous episodes available on ITV Hub.