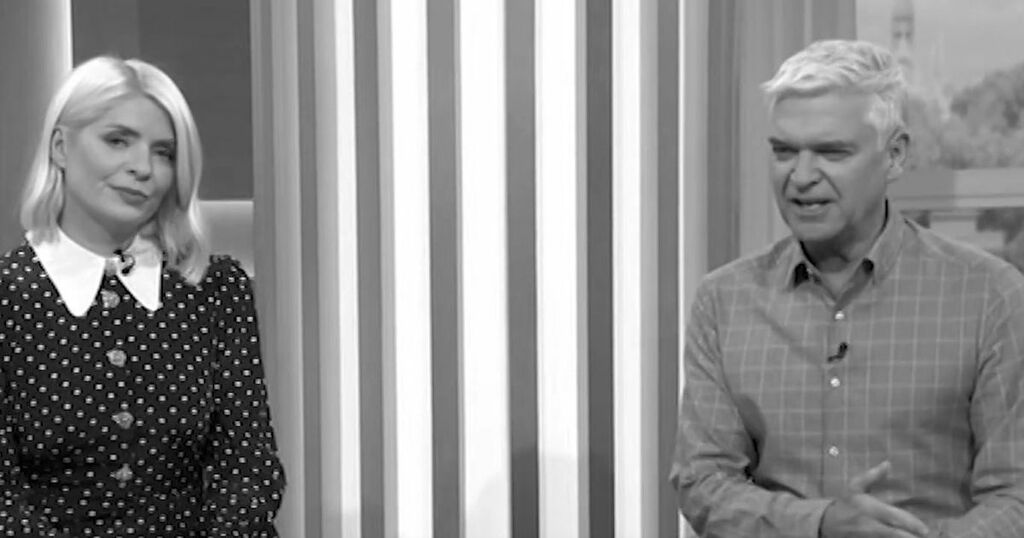 Holly Willoughby and Phillip Schofield landed in hot water with some This Morning viewers on Wednesday after hitting out at the Government, with Phillip questioning how they could be so 'miserable.'

As cameras rolled just after 10am, viewers were greeted with the sight of Holly and Phillip in black and white as dramatic and rather menacing music sounded out in the studio and the caption 'Winter is Coming' appeared beneath them.

The Chief Medical Officer told journalists and those watching at home: "Winter is coming and people should really take this seriously.

Footage of Whitty's statement played out on screen and, as the camera cut back to Phillip, he said: "Winter is coming, of that they're absolutely sure."

Giggling next to him, a cynical Holly replied: "They can't stop that. That is a fact. One of the few facts we can be on solid ground with."

Phillip then continued: "Talks of a plan B, 7,000 hospitalisations a day; more than this time last year...odd because we a vaccine.

After Holly questioned: "How can that be?" Phillip stuck the knife in, remarking: "How can they be so miserable?"

Distinctly unimpressed by Phillip's stance particularly, one viewer took to Twitter to fume: "You’re a disgrace @Schofe “they’ve been wrong before” talking about the scientists trying to keep us safe, How many times have you been wrong on @thismorning?

"How many Covidiots have you had on spreading misinformation? If only Covid couldn’t just focus on people like you."

Another tweeted both Holly and Phillip directly to say: "Re. the start of your programme today: perhaps be a bit more respectful of the fact that well over a hundred people are still dying every day of Covid. Families are grieving for their loved ones every day. How is this a JOKE to you people?"

Also angry at what they saw, a third tweeted: "great to see @hollywills and @Schofe

taking the Micky out of @CMO_England. How fortunate they must be not to have been affected by this global pandemic. Disgusting"