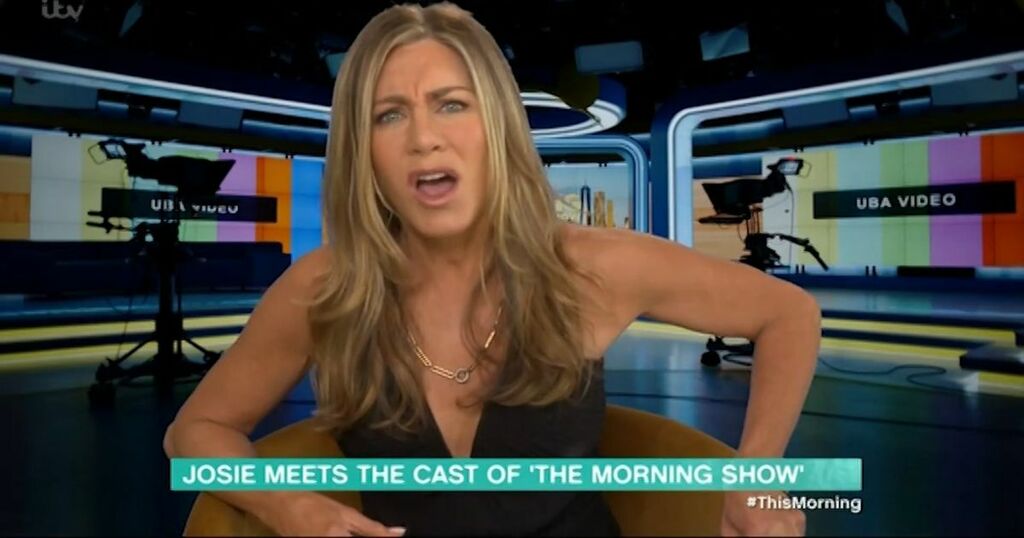 Josie Gibson was left mortified on This Morning over a misunderstanding with Jennifer Aniston.

The ITV show's roving reporter was tasked with interviewing the American actress alongside Reese Witherspoon who are promoting the second installment of their Apple TV+ series The Morning Show.

Josie got off to an interesting star by trying to get Jennifer and Reese to replicate her Bristolian accent with phrase "alright my luvver".

Moving on with the serious side of the interview, Josie asked the pair about the pandemic and how it had affected filming.

"Our presenters had to sit like two metres apart," Josie said, referring to what it has been like on This Morning.

Jennifer then said in response: "The next season we’re really hoping we’re just gonna be all over each other, like the summer of love!"

"Are you a hugger?" Josie asked Jennifer, but then there was a massive blunder.

"Am I a hooker?" the Rachel Green star replied with a surprised look.

Red-faced Josie Wucikly shouted: "Noooooo! I did not say that!"

Seeing the funny said, Jennifer responded: "I'm sorry. I think that was lost in translation.

"It was a misunderstanding. Yes, I'm a hugger."

Reese later joked: "She's not a hooker. No."

When returning to the studio, Holly and Phil appeared amused.

"[They] reacted really well when you said, 'Jennifer Aniston, are you a hooker?'" Phil said.

Holly laughed and clapped before adding: "That's like my favourite bit of TV ever. Ever.