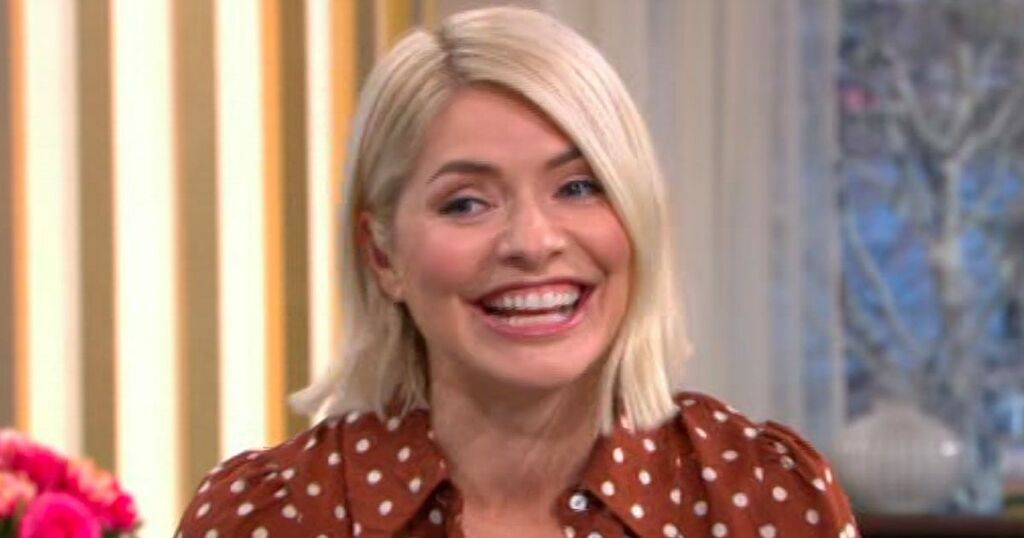 Holly Willoughby couldn't stop laughing as she made a huge blunder live on This Morning.

The presenter was trying to message someone about a barbecue in the break of the ITV daytime show, but she rushed to finish the text as the show came back on air and made a huge mistake.

She was mortified as she leaned over the desk to see her phone had used predictive text to change her message from something very normal to something that meant a whole different thing.

As her and her co-host Phillip Schofield appeared on the screen, she laughed as she admitted to the blunder, making Phil laugh too.

She confessed to her blunder live on air, as she admitted the text was meant to read "I need a new one", but instead of her requesting help with selecting a BBQ, her predictive text had changed her message to say, "I need a new bra."

Holly apologised to the recipient of the text live on air, but not before the unknown man replied.

"Hello, I'm sorry, I don't think this message was for us," the man wrote back, leaving both Holly and Phil in fits of laughter.

She was left even more embarrassed when the pair had to cross over to an activewear segment and just the mention of a sports bar made her recoil in horror as she joked about her blunder.

She said: "I never think like that. I feel very lucky to be on that show. The show changes so much, I think that’s the beauty of This Morning. Recently it’s had the highest ratings it’s had in 15 years.

"It’s doing really, really well which is extraordinary for a show that’s been around for as long as it has. And I think because it changes and it evolves and it adapts."

And speaking about her friendship with Phil, she added: "I’m very lucky to work with Phil. I can’t imagine a world without him being there. It just wouldn’t be the same. The magic of that show is us two together when we’re together."