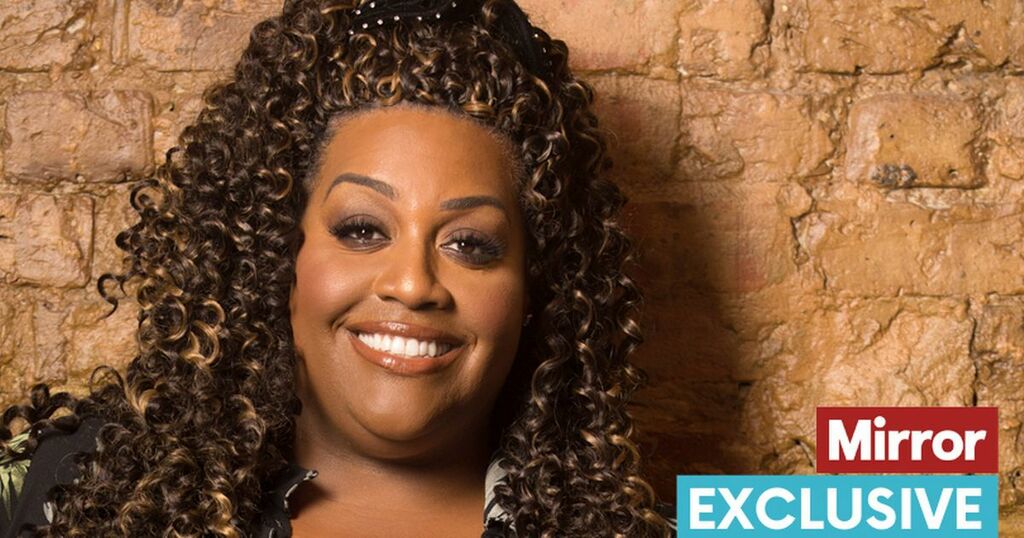 Telly host Alison Hammond is used to real life stories on ITV ’s This Morning... but the tale of her own “shady” dad takes some beating.

The presenter, 46, reveals her late father Cliff used to smuggle drugs, handled wads of cash and even carried a shotgun in his truck .

In one mind-boggling episode, the charmer showed up at the Birmingham home of Alison mum’s Maria after flying in from his native Jamaica.

He ran a business importing trucks and often travelled between the UK and the Caribbean.

Alison – famed for her laugh – says: “One day, he came straight to our house from the airport. ‘See these boots?’ he said, grinning down at his feet. ‘These are the most expensive pair of snakeskin boots in the world’.

“‘Why are they so expensive?’ my mum asked. He bent down, unzipped a boot and a load of ganja fell out.

“That was my dad! Cliff was charismatic and charming, but he was naughty. He’d illegally bring drugs into the country in the days when people could get away with it, before they introduced sniffer dogs and body scans at the airport.

"I’m embarrassed to admit it, because I’ve never been remotely interested in drugs, but I remember him coming to our house and giving my mum a roll of money.

“Thinking about it now, it was ­probably money earned from smuggling ganja. So shady.”

It was only during Maria’s pregnancy with Alison that Cliff revealed he was married and had a family.

Alison recalls that when he did visit he was often bearing expensive gifts. In her book You’ve Got To Laugh, she writes: “My dad definitely had the lifestyle.

“Whenever we went out for a meal with him, he always paid. ‘Have anything you want,’ he’d say.

“He introduced us to Chinese food back when it was a luxury to have a Chinese takeaway.

“We had it every time he came and I became obsessed with it, to the point where I asked my mum, ‘Do you think Santa will bring me some Chinese food for breakfast, if I write and ask him?’

“I didn’t realise how amazing Santa was until that year when he delivered a cold Chinese meal – RESULT!”

Alison recalls going to Jamaica, where Cliff travelled with a shotgun.

She writes: “He was like a king when we visited him. You could tell by the way people spoke about him that he was respected and feared in the community.

“They called him Mr Hammond and you could see the unease in their eyes when they spoke to him. I’m not surprised, either, because he drove everywhere with a massive shotgun tucked under his pick-up truck. He didn’t mess around.

“Me and Mum stayed in a hotel and my dad used to collect us most days and take us out and about. I’d sit in the back of the truck and Mum and Dad would be up front.”

Alison rose to fame in 2002 after competing in the third series of Big Brother – famously taking 26 pairs of knickers into the TV house.

A year later she landed a role on ITV’s This Morning and has been a reporter and presenter ever since.

A single mum of one – son Aiden is 16 – she dipped her toe back into reality TV on shows like I’m a Celeb, Celebrity Coach Trip, Strictly Come Dancing and Celebrity MasterChef.

But her biggest break came in January last year when she became a regular new host on This Morning alongside Dermot O’Leary.

But on Friday, Alison was missing from the TV couch – a day after a tribute marking two years since her mum died. She posted a photo of Maria and said: “Mummy, two years today you left me and the pain has never left my heart.”

Alison has opened up to viewers before. A year ago, she talked about the loss of both of her parents in short succession in 2020.

A woman named Maddie phoned the show’s agony aunt segment and explained she was struggling to cope with losing her father.

Alison told Maddie she understood how she felt, as she was still dealing with her own grief.

She told the caller: “Maddie, you really touched me because I went through a similar situation with losing my mum and dad last year. So honestly, you’re not alone, we are all with you, and I feel your pain.”

Cliff had died in June 2020 just four months after Maria passed away after a battle with liver and lung cancer.

Alison said she didn’t get to spend as much time with her dad as she would have liked and was heartbroken not to be able to attend his funeral, at the height of Covid restrictions.

She posted on Instagram : “This is my real dad, Clifford Hammond, who passed away last week in Jamaica.

“I’m saddened that I won’t be able to make his funeral and saddened that he wasn’t part of my life as much as I would have liked... but I still have a sense of loss and emptiness. Sleep well Daddy, love leaves a memory no one can steal. RIP.”

In February 2020, Alison had posted a tribute to Maria, declaring: “I dedicate Valentine’s Day to my beautiful, wonderful Mother Maria who passed away from liver and lung cancer.

“Yesterday my family and I celebrated her amazing life and laid her to rest in a beautiful ceremony she would have been proud of.

“Thank you Mummy for giving me the strength to move forward in the knowledge you’re okay and with God in Heaven now... I love you, Mum.”

Despite her dad’s penchant for marijuana, Alison has shunned drugs and has quit the booze. But she has had an ongoing battle with her weight.

She said last year: “I eat on depression. When I’m upset or stressed I reach for carbohydrates.

“After my mum died I was doing that constantly. I gave up alcohol 13 years ago so I knew I couldn’t turn to that, so I turned to carbohydrates and sugar instead. I couldn’t stop.

“What I didn’t realise is that a few ingredients were triggering me to be more depressed. The one I found out is vegetable oil and seed oil, which actually just makes you depressed.

“When I cut that out, all of a sudden my body started functioning better and I could metabolise the food I was storing, get rid of it and improve my mood – then start exercising.”