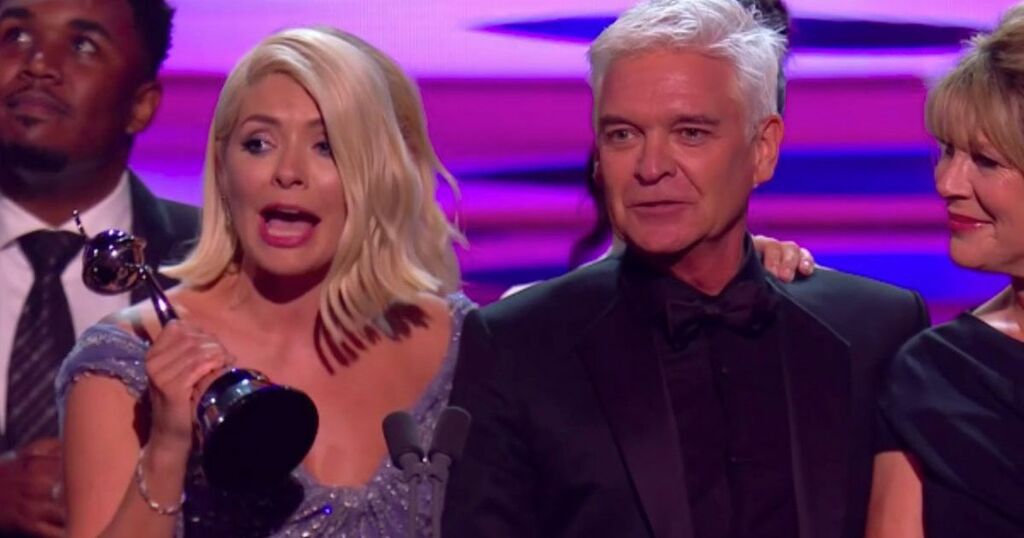 "We are always massively, massively proud of This Morning and our family and our team," Phillip said while holding the gong.

"What was amazing for us was, every single day, because of the brilliance of ITV, we could stay on air and we could be there. We felt like we were everyone's comfort blankets, but for all of us, you were our comfort blankets too."

Phillip then handed the award over to Holly, who added: "This morning is an incredible team, and we are lucky to just be one cog in the wheel. We just wanted to give you a normal morning, thank you for voting, it means the absolute world."

Fans watching the National Television Awards couldn't help but comment on Ruth's body language as she stood on stage.

Some believe that Ruth and Phillip have been "pretending" to like each other.

"I can’t help but love Ruth’s obvious disdain for holly and phil’s lovey dovey stuff. What a queen," one viewer noticed.

One fan tweeted: "It’s quite clear that the Ruth and Phil rivalry lives on and I am THRILLED."

"Ruth and Phil pretending they don't hate each other every year check," another added.

A viewer joked: "Phil/Holly and Eamonn/Ruth pretending to like each other," along with a laughing emoji.

Their alleged 'rivalry' hit headlines last year after rumours circulated about their feud.

It all began when Ruth reportedly lodged an official complaint against him back in April 2020 after he interrupted her live on-air during a crossover.

The clip in question showed the presenters clash after Phillip cut a Loose Women segment short, with Ruth slamming her pen down in fury.

She was left furious after the on-air dispute and went on to file an official complaint to ITV’s embattled new head of daytime TV over Phillip’s conduct.

Fans even noticed the "awkward tension" at the NTAs 2020 when the two didn't even look at each other when going on stage.