‘This is not democracy’: Tories accused of selling out to developers 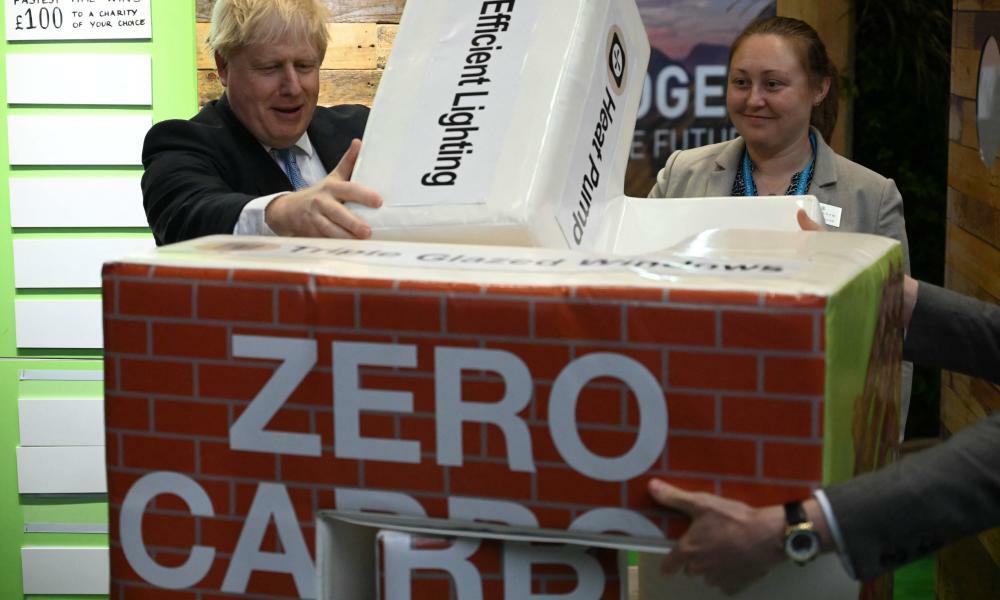 The prominent role played by a large housebuilding company and Tory donor in last week’s Conservative party conference has been called “terrifying” by a leading environmentalist who founded one of the most successful rewilding projects in England.

Isabella Tree, co-owner of the Knepp estate in West Sussex and author of Wilding, her 2018 book about how turning loss-making farmland into the largest rewilding experiment in lowland England, said the “cosy” relationship between developers such as Thakeham, which in effect sponsored parts of the conference, and the Tory party, was deeply worrying and threatening to green causes.

Addressing a fringe meeting at the conference in Manchester last week, Tree said it was “very troubling” that Thakeham, which has given more than £500,000 to the Conservatives since 2017, had the most prominent stand at the entrance to the event, sponsored a meeting, hosted a drinks party and had its name on lanyards worn by everyone with a pass to the four-day event.

At the meeting, where she spoke about the Knepp project and the government’s green agenda, much of which she enthusiastically supports, she pointed to the lanyard and said: “What’s this? This isn’t democracy. It feels like a noose round my neck. There is a lot of money in this room shouting for more housebuilding. Where is the money shouting for nature?”

Thakeham is hoping to build 3,500 homes right next to the Knepp estate – a move that environmentalists say would threaten the rewilding scheme and the ambition to create a protected wildlife corridor between the estate and the St Leonard’s and Ashdown forests. “It will destroy our ability to connect with nature for ever,” said Tree.

Talking to the Observer she pointed to the way Thakeham has expanded its influence into local politics and life in West Sussex. “My son plays for the local rugby club and he has to wear a shirt with Thakeham Homes written on it,” she said. “It is extraordinary.”

Last week, as controversy over Thakeham’s role grew, Adrian Lee stepped down as chairman of the local Horsham Conservative Association over concerns that a job he has had in Thakeham’s external affairs team since August might be seen as a conflict of interest.

Electoral Commission figures show that 13% of Tory donations now come from developers – at a time when Boris Johnson is encouraging the building of more houses, while at the same time emphasising his commitment to green causes and the battle against climate change.

In his conference speech last Wednesday, Johnson said he was keen to “rewild” more rural places and welcomed the return of beavers and otters to rivers in areas where natural habitats had been restored. The prime minister declared: “If that isn’t Conservative, my friends, I don’t know what is – build back beaver, I say.”

The row over Thakeham’s plans for Buck Barn, a development of 3,500 homes in West Sussex, is one of many difficult issues facing Michael Gove in his new cabinet role in charge of housing. Johnson has promised 300,000 new homes a year, to make housing more affordable for young people. But this, along with planning reforms already paused by Gove, has alarmed many Conservatives in southern seats, and caused dismay among environmentalists, who fear damage to wildlife sites.

Thakeham Homes said it had also paid to attend the Labour party conference in Brighton and had attended the virtual Liberal Democrat conference.

“At the Conservative party conference,” it said, “we pay to exhibit in the main hall, alongside other businesses and charities such as Royal Mail, the NFU and Guide Dogs for the Blind. As previously, we sponsored the conference lanyards, which are free for attenders to use.

“In 2021, Thakeham has donated £100,000 to the Conservative and Unionist Party. These donations have been registered with the Electoral Commission.”