This Is Exactly How Giants-Dodgers Is Supposed to Be 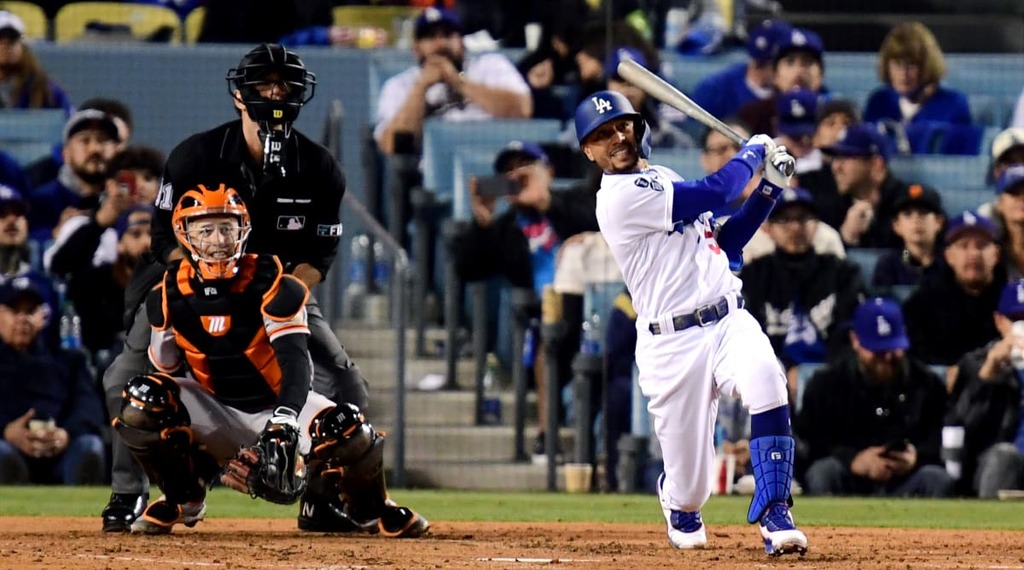 The Giants were not supposed to be here. Before the season began, the NL West arm’s race was between the almighty Dodgers and the pesky Padres. The Giants were an afterthought; that is, if they received much thought at all.

This was an organization in transition, featuring aging stars whose best years were behind them and a manager who was fired by the team with the National League’s longest playoff drought. San Francisco was five years removed from its most recent winning season, and its next window of contention was still a few years away.

It wasn’t until mid-May that we started taking notice. They had the best record in baseball (22–14), but with the season in only its second month, they were considered overachievers. Maybe San Francisco could play spoilers for one of the two true NL West contenders, but it wasn’t quite at that level. Almost six more weeks went by before we started to change our minds about the Giants, when Tom Verducci wrote a column explaining why they were a legitimate playoff contender.

San Francisco kept rolling, and as the season progressed, it was clear this team was going to the playoffs. And yet, most of us continued to frame this band of Old Guys and Cast-Offs as a feel-good underdog story. When mentioning the Giants, we included qualifiers like surprising, unexpected and shocking before their team name. Even in the season’s final week, plenty of people still expected Los Angeles to finally run the Giants down and force them to settle for the first wild-card berth. Of course, that didn’t happen.

Instead, the Dodgers had to get through the hottest team in baseball in the epic NL wild-card game to advance to the NLDS. Never before in the 131-year history of baseball’s oldest rivalry had the Giants and Dodgers met in the playoffs. The two franchises first played on May 3, 1890, with the Brooklyn Bridegrooms (as they were known at the time) defeating the New York Giants, 7–3. Professional baseball was remarkably different then. There were three major leagues (the National League, the American Association and the Players League), and they each featured a Brooklyn team (the Bridegrooms, the Gladiators and Ward’s Wonders). There were also two teams named the New York Giants; the first is the same franchise you’ll see play tonight, while the second was the offshoot of the first that broke off for the lone year of the Players League. Postseason games were not yet considered anything more than exhibition games. But the 1890 Brooklyn Bridegrooms did reach the World Series—which ended in a tie. The players from that first Giants-Dodgers game wouldn’t recognize the game we know and love today.

So now, here we are, awaiting tonight’s win-or-go-home NLDS Game 5. The Giants weren’t supposed to be here. And yet, this is exactly how it’s supposed to be.

The Giants-Dodgers NLDS is only the eighth time in postseason history that two 100-win teams matched up before the World Series.

In his column this morning, Nick Selbe recalls the previous seven series and compares them to the eighth installment before its conclusion tonight.

Need a quick refresh on what happened in the first four games of this series? Check out our coverage:

This Is What the Giants Do by Stephanie Apstein

They dispatched the Dodgers 4–0 in Game 1 of the NLDS the same way they won 107 games. It's not surprising. It's what they've done all year.

Inside the Web Gem That Saved San Francisco by Stephanie Apstein

Giants shortstop Brandon Crawford combined his own experience and athletic ability with his team's analytical insight to produce a game-saving play in Game 3.

Never before in MLB history have two teams with as many combined wins as the Dodgers and Giants played one another. It will happen Thursday in Game 5.

3. WORTH NOTING from Stephanie Apstein

Spare a thought for Logan Webb’s heart tonight. The Giants’ 24-year-old righty becomes the youngest pitcher in franchise history to start a winner-take-all game—but the pressure won’t be the source of any cardiac consternation. No, that would be the three Red Bulls he plans to crush before the game: one before he gets to the field, one before he starts to stretch and one after his warmup. “I honestly started drinking it when I was in travel ball, when I was really young,” he said Wednesday. “Don't be mad at my dad or mom or anything about that.”

There’s only one show in town tonight, and you won’t want to miss it. Game 5 of Dodgers-Giants, a matchup that’ll feature the most combined wins of any opponents in MLB history (regular season or postseason), will start at 9:07 p.m. ET.

Roughly seven hours before first pitch, the Dodgers threw a bit of a curveball when they announced they would be starting righthander Corey Knebel instead of 20-game-winning Julio Urías, who was initially pegged to start. The purpose of the move is to keep the Giants from stacking all their right-handed hitting platoon players at the top of their lineup against the lefty-throwing Urías. Knebel likely will pitch only an inning, and then Urías will come in and go as many innings as he would in a typical start, so long as he’s pitching well. Both teams' managers will have their pitchers on a quick hook, knowing that one bad inning could end their season.

It’s become normalized for teams to bring their best starters out of the bullpen in winner-take-all games, and other than Urías, the Dodgers may not have that luxury. Walker Buehler is almost certainly out after going on three days’ rest for the first time in his career Tuesday, and Max Scherzer—who’d be pitching on two days’ rest—doesn’t have a good history of short-rest relief appearances. In four such outings, he’s been charged with runs in three of them. And in his only previous outing on two days’ rest, in Game 5 of the 2017 NLDS against the Cubs, he was tagged with a blown save and Washington’s season-ending loss after allowing four runs (two earned) to score in one inning of work. So while Dave Roberts has left the door open for Scherzer to make a relief cameo, don’t count on the future Hall of Famer looking like his usual self. That is probably another reason why they’re opening the game with Knebel and then using Urías as the bulk guy. Los Angeles’s other long man would be Tony Gonsolin, who hasn’t pitched since Sept. 30 and took his only loss of the season against San Francisco back in July. Meanwhile, the Giants will have fully rested Game 2 starter Kevin Gausman (and the only relief corps in baseball with a collective ERA under 3.00) ready to take over for Logan Webb if he gets in trouble.

Hang out and watch the game with us! Emma Baccellieri and Matt Martell will be providing updates, analysis and banter in their Game 5 live blog. You can find that on SI.com, beginning around 8:30 p.m. ET.

Anything could be the difference in such a tense game between opponents who are this well matched. One factor to think about? Preventing steals is not a particular strength of Giants starter Logan Webb. (Only one runner was caught stealing in his 148 innings in the regular season; 10 stole successfully.) Expect the Dodgers to have taken note of that: They aren’t an especially aggressive baserunning team in general, but they do have Trea Turner, who led the NL in steals this season with 32. If he gets on base in the right situation with Webb pitching, look for Turner to take off.