This Indian company is tapping into the huge autonomous driving opportunity 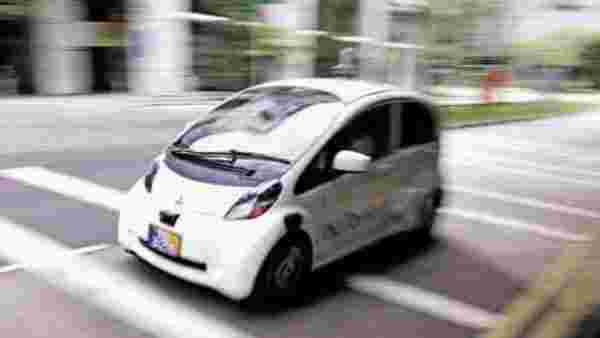 Today, technological changes are very dynamic and Indian companies are at the forefront.

Be it artificial intelligence (AI), 5G, drone technology or electric vehicles (EVs), Indian companies are tapping into these huge opportunities.

Take the auto sector for example, which is going through a transformation, including the autonomous driving revolution.

It was the sort of thing you'd see in movies. Today, driverless cars are a reality.

Let’s take a deeper look at this exciting new technology.

The 5 Levels of Autonomous Driving Technology

Level 1 includes features such as cruise control, lane, and parking assistance. Here the driver is required to be in control at all times.

On the other hand, in level 5 vehicles are fully autonomous. No driver is required behind the wheel at all.

Global companies such as Tesla and Waymo are leading the race when it comes to automated driving.

But what about Indian companies? Are there any Indian auto companies which are betting big on autonomous driving?

But at present, Indian automakers have not announced plans of deploying this technology anytime soon.

However, there are IT companies which have joined carmakers and startups to develop autonomous vehicles.

In fact, it’s among the few companies in the world to be accredited with Automotive SPICE Level 5 certification.

With the help of this platform, Tata Elxsi has built a RoboTaxi, which enables level 3+ driving. RoboTaxi was demonstrated at CES in Las Vegas between 7-10 January 2020.

Tata Elxsi has been adopting driverless opportunities around the world.

Back in 2017, the company’s platform was licensed by one of the world’s top five vehicle manufacturers for its driverless R&D.

The company collaborated with Hyundai’s Mobis Technical Centre, India (HMTCI) in 2018 to develop a synthetic scene generator tool. This tool will replicate real-world scenarios an automobile would come across.

When it comes to autonomous driving, there’s always the risk of accidents.

To prevent this, Tata Elxsi minimises the disengagement time. This is the time when a human driver is asked to take control of the vehicle. It does this by critically analysing data from different subsystems.

The company is still working to better this. There’s already improvement in terms of reducing disengagement time.

Also, the company has Tata Group’s full support. When Tata Motors launched the Zest sedan in August 2014, Tata Elxsi bought a model and deployed six engineers to dismantle it.

Rise of Startups in Autonomous Driving

Top companies across the globe have started to invest in startups to tap into various opportunities.

In the autonomous driving space, there are approximately 20 startups in India They have raised substantial funding lately.

Prominent names among these include Ati Motors, Flux Auto, Swaayatt Robots, and Quixote, among others.

With nearly 7.1% share from the total GDP, India’s automobile industry is expected to reach US$300 bn by 2026 and is set to be the third-largest market.

Autonomous driving is hard in India due to dangerous roads and absence of proper infrastructure. But it has not stopped auto firms and startups to enter the field.

Many times I am asked what about driverless cars. Then I say  till the time I am transport minister you forget that. I will not allow driverless cars to come in India.

Tata Elxsi has been a market favourite. Its shares have turned into a multibagger in 2021.

Tata Elxsi does not have any debt on its books and the company is a strong dividend payer.

Have a look at the chart below to see its dividend history over the years.

As more companies foray into driverless cars, there’s a huge opportunity in the coming years. Auto R&D spending will surely increase. Tata Elxsi stands to benefit from this.

Tata Elxsi, headquartered in Bangalore, has a presence across the US, Europe, Asia Pacific, and Japan.

In India, the company has global development centers and studios in Bangalore, Thiruvananthapuram, Mumbai, and Pune.