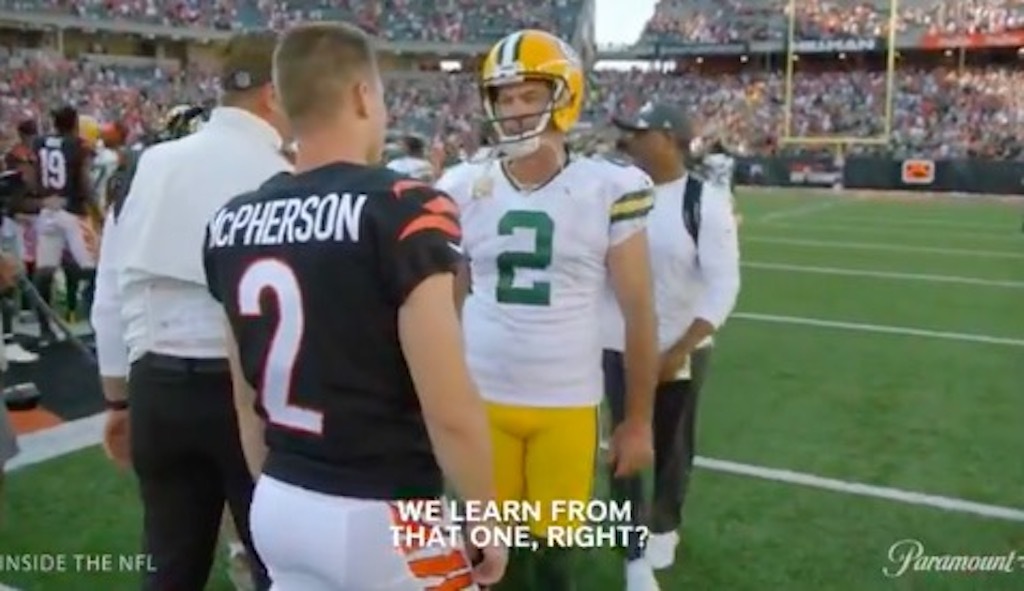 Packers kicker Mason Crosby and Bengals kicker Evan McPherson each had rough games this past Sunday in Cincinnati.

They combined to miss five field goals from late in the fourth quarter and into OT before Crosby finally won the game for Green Bay with a 49-yard FG.

Things got a little awkward for McPherson in OT when he prematurely celebrated what he thought was a made field goal before seeing that it had sailed a little wide left and was no good.

NFL Films released a great video of the two kickers talking after the game that shows McPherson making fun of himself for the celebration. Crosby, who has been in the league for like 900 years, then offered some kind words to the rookie, who was picked in the fifth round of the 2021 NFL Draft.

"You're gonna have a great career, man."