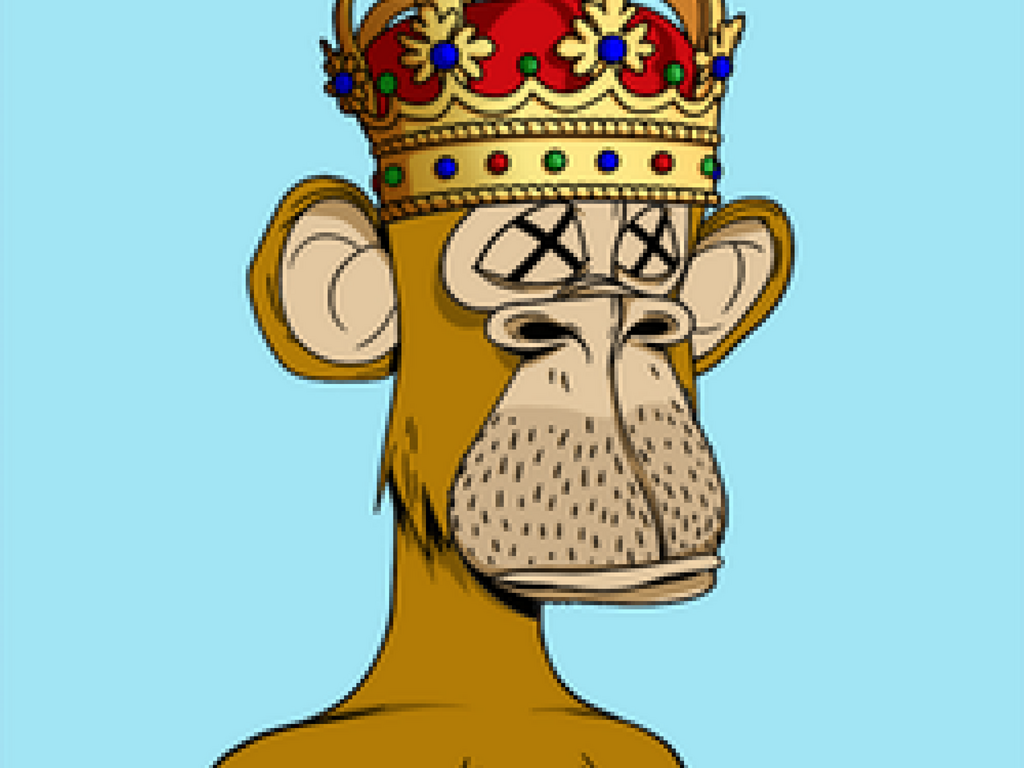 This Bored Ape NFT Just Sold For $317,137 in ETH
The Bored Ape Yacht Club (BAYC) is an exclusive community for holders of the ape and mutant themed NFT collections…

Benzinga
One subscription that gives you access to news from hundreds of sites
Bored Ape #2021 Just Sold For $303,627 In ETH

The Bored Ape Yacht Club (BAYC) is an exclusive community for holders of the ape and mutant themed NFT collections on Ethereum's blockchain. Commonly referred to as the Bored Apes, only 10,000 generative art pieces will ever be in existence.

What happened: Bored Ape #5854 just sold for 130.00 ETH (CRYPTO: ETH) ($253,132 USD). The value of Bored Apes is typically determined by the Ape's attributes, with the laser eyes, crown, and golden fur traits being the most coveted.

Here are a list of its attributes and how many others have the same trait:

Why it Matters: Bored Apes are the ultimate store of culture for NFT collectors. The NFT collection has gained huge influence in 2021, with an ever growing list of top tier celebrities making apes their profile pictures on Twitter. With the recent explosion in popularity surrounding the Metaverse, rare blockchain-based avatars are all the rage for those looking to flex online.

Being a member of the Bored Ape Yacht Club is not just about flexing online. Yuga Labs, the creators of the Bored Apes throw exclusive parties often with free private performances from members of the club such as Lil Baby. Other notable celebrities in the club include Post Malone, Stephen Curry, Dez Bryant, and Jimmy Kimmel.

Yuga Labs also created another NFT collection known as the Mutant Apes, which also provides membership to the elusive club. There are a total of 20,000 Mutant Apes, and the price floor is historically lower than the Bored Apes.

You can learn more about this NFT here.

This Bored Ape NFT Just Sold For $317,137 in ETH
The Bored Ape Yacht Club (BAYC) is an exclusive community for holders of the ape and mutant themed NFT collections…

Benzinga
One subscription that gives you access to news from hundreds of sites
Bored Ape #2021 Just Sold For $303,627 In ETH