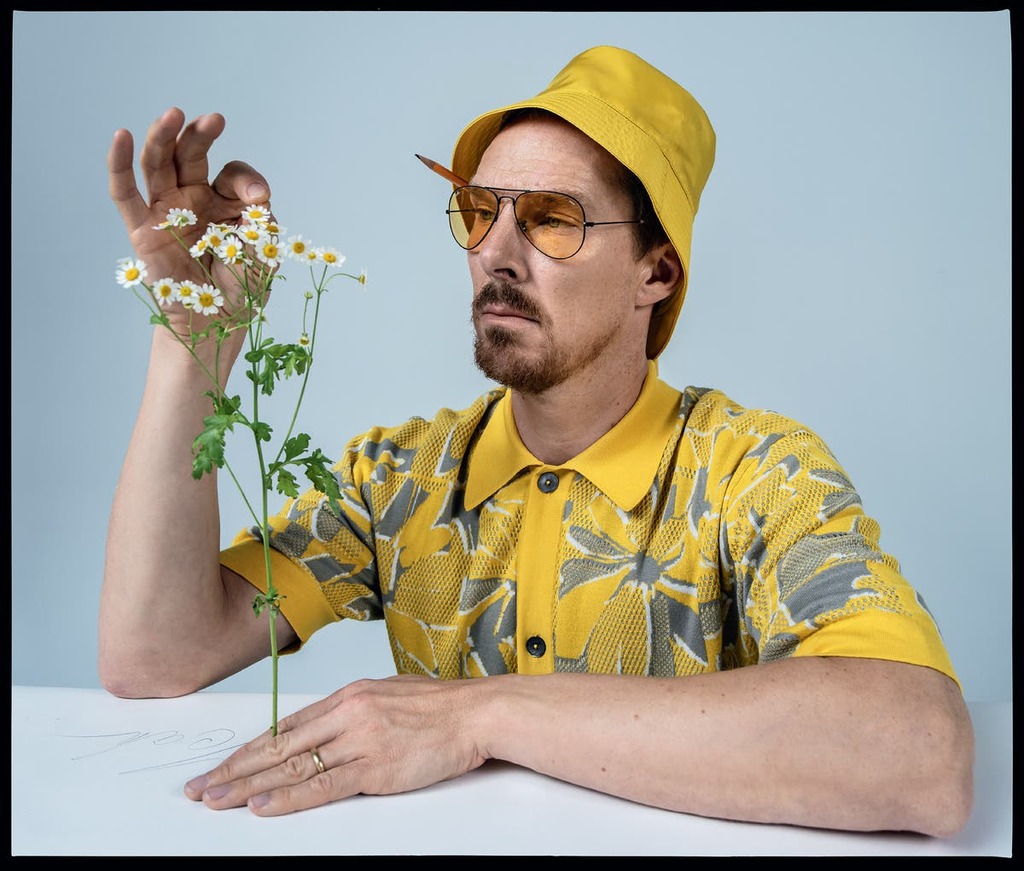 Benedict Cumberbatch is one of 10 Hollywood stars included in W Magazine’s Best Performances 2022 issue, but his appearance on the magazine’s cover has been dubbed his “most challenging role” yet by fans on social media.

Cumberbatch also sports facial hair in the photograph and holds daisies in one hand while leaning on his other fist.

Cumberbatch was nominated for Best Actor in this year’s Golden Globes Awards for his role in The Power of the Dog, which won Best Motion Picture, Drama.

However, his cover picture drew attention on social media not for his acting accolades, but because he appeared to be styled after Ali G, a fictional character created by comedian Sacha Baron Cohen.

The cover photographs were shared by Twitter account, Film Updates, and were quickly retweeted by hundreds of people who added their own comments.

Another referred to Cumberbatch’s upcoming film Dr Strange in the Multiverse of Madness and said: “This is Ali G in the multiverse of madness innit.”

Others thought his ensemble resembled the outfits worn by musicians such as Tyler The Creator or Sufjan Stevens if the latter “made street art instead of music”.

While some were confused about “what the hell is going on” in the image, other fans complimented Cumberbatch’s look, with one person writing: “He has no business to be this cute.”

In the interview, the Sherlock actor said he never envisioned becoming a leading man when he was a younger actor.

Explaining that he was glad not to have been a child actor, Cumberbatch said: “I sometimes in my twenties thought, ‘Damn, I wish I could have started earlier’, because I was never going to be playing a leading man.

“I look the way I look. Maybe I’m growing into my looks now. I went from playing women to men in an all-boys boarding school within the space of a year.”