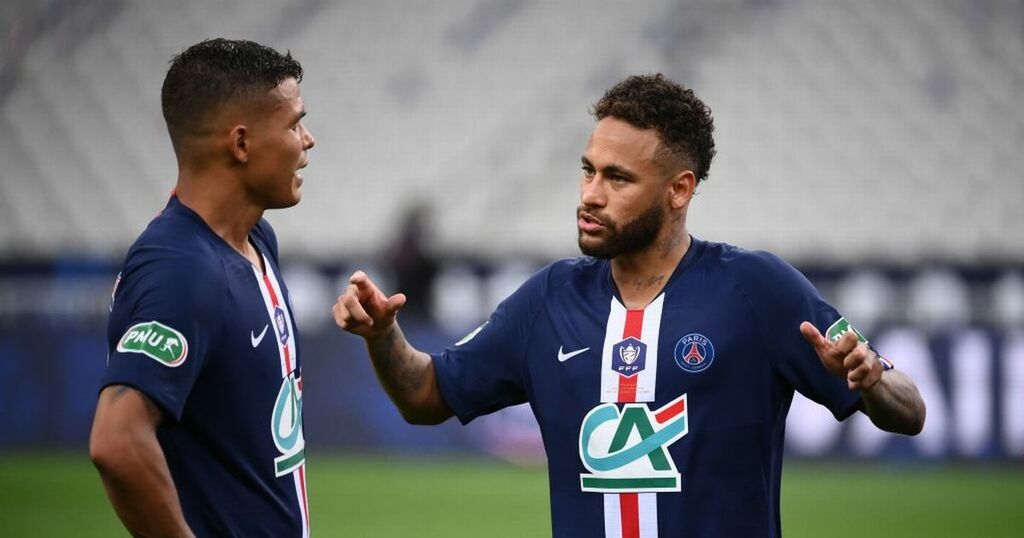 Thiago Silva has sent a heartfelt message of support to Neymar after the Brazilian superstar’s admission about struggling with his mental health.

Silva’s support came after Neymar spoke this week about the struggle to cope with being one of football’s biggest icons, with the pressure and weight of expectation that brings.

The PSG ace admitted he does not know if he has the “strength of mind to deal with football” much longer.

Chelsea centre-back Silva, who also played with Neymar in the French capital, said he related and acknowledged it was hurtful for himself when he was labelled “a cry baby, weak, very weak mentally” when speaking out about how he too had struggled.

Silva said: "Here at the national team, I have gone through some moments that are very similar [with what Neymar is going through], especially after 2014 World Cup.

"I was called a cry baby, weak, very weak, mentally. These are things that hurt you and you know that you are not what you have been called.

"I hope he doesn't lose his joy, continue to be happy the way he always is. He is a very special kid and, when he's happy, doing what he loves, he delivers."

In an Instagram story, Silva later added: "If you need someone strong to be by your side, know that I will always be there. The Silva family love you."

"I see it as my last because I don't know if I have the strength of mind to deal with football anymore.

Last year, figures from counselling body Sporting Chance showed that the number of footballers concerned for their mental health has sharply risen.

From January to September of 2020, over one in ten members of the PFA accessed counselling services, maintaining a trend that has quadrupled since 2016.

England international Tyrone Mings has recently spoken out about the issue and what it is like to struggle with mental health as well.

He said a crisis of self-confidence at Euro 2020 left him feeling like 95% of the country had doubts about him.

The England footballer Tyrone Mings has revealed how he struggled with mental health problems at Euro 2020, with a crisis of self-confidence leaving him feeling like 95% of the country had doubts about him.

He said: “I did have a tough time in the lead-up to the opening game against Croatia. I think I’m a lot more hardened to outside influences now, but my mental health did plummet.

“And I have no shame in admitting that because there was so many unknowns about me going to that game.

“I was probably the only name on the teamsheet that people thought: ‘Not sure about him.’ And that was something I had to overcome. When 90-95% of your country are having doubts over you, it’s very difficult to stop this intruding on your own thoughts.”

If you need to speak to someone, Samaritans are available 24/7 by calling 116 123 or by emailing jo@samaritans.org