It took just one evening to reaffirm what had been glaringly obvious to Liverpool supporters during a difficult start to the season.

This Reds side just aren't the same without Thiago Alcantara conducting matters in midfield.

The 31-year-old, making his first start following a hamstring injury that sidelined him for a month, was excellent in driving Jurgen Klopp's side towards a 2-1 home Champions League triumph over Ajax last time out.

READ MORE: Arthur Melo truth is 'very clear' as inside story of his start at Liverpool emerges

But while Thiago is a vital cog for his club, the same cannot be said for his country, with Spain once again overlooking him for the UEFA Nations League games at home to Switzerland on Saturday and in Portugal on Tuesday.

The Liverpool man hasn't been called up by the national team since scoring from the spot in the Euro 2020 semi-final shoot-out defeat to Italy in July last year.

And although Spain boss Luis Enrique hasn't closed the door on Thiago, it seems hugely unlikely the midfielder will make the cut for the World Cup finals in Qatar in two months' time.

"I would like to talk a lot more about the players that are on the list and the reasons why we think they should be," said Enrique. "I bring the 25 players that I consider the best for this call. But the door to the national team is not closed for a Spanish player who is active."

While missing the World Cup would be an obvious personal blow to Thiago - he sat out the 2014 finals through injury and made just two outings in 2018, remaining on the bench for the round of 16 exit to hosts Russia - he would be one of a surprisingly large number of senior Liverpool players not taking part in the finals.

And that could work in favour of the Reds going into what will be an intense second half of the campaign once the World Cup has been completed in mid-December.

Of those in the Liverpool squad, there are only five players who, injury permitting, are almost certain to travel to Qatar. Alisson Becker and Fabinho can expect a call-up for Brazil, Virgil van Dijk is Holland captain, Diogo Jota will feature for Portugal and Darwin Nunez's Uruguay have also qualified.

Then there are the probables, which include England duo Jordan Henderson and Trent Alexander-Arnold, Roberto Firmino of Brazil and France centre-back Ibrahima Konate.

By contrast, joining Thiago as those who, while eligible, are unlikely to be involved are the Reds' remaining English contingent including Joe Gomez, Curtis Jones and Harvey Elliott, along with Fabio Carvalho of Portugal and on-loan Brazilian midfielder Arthur Melo.

They are poised to form part of the vast majority of the Liverpool squad who will be given a short break before jetting out to Dubai for a warm weather training camp for a few weeks while the World Cup takes place in nearby Qatar. Players participating in the finals will make the short trip over to join their club-mates once their country has been eliminated. And given the short pre-season has played a contributory factor in the Reds' slow start to the season, the chance of further uninterrupted work on the training ground will be much welcomed by Klopp and his coaching staff.

Spain's loss, then, can be Liverpool's gain. With two more Premier League fixtures to cram into an already packed post-World Cup schedule, Thiago - and so many other of his Anfield colleagues - can be rested developments going into the New Year. It could help determine the success of otherwise of the campaign. 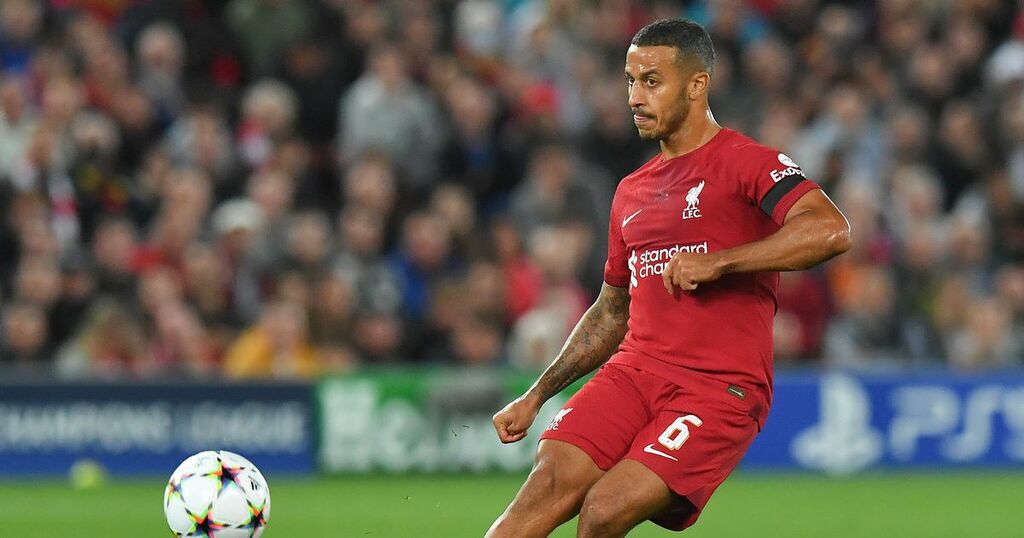 Liverpool Echo
From analysis to the latest developments in health, read the most diverse news in one place.
Liverpool handed major injury boost as Jordan Henderson England decision made

Liverpool Echo
One place to find news on any topic, from hundreds of sites.
'Not the best' - Ex-England manager sends blunt Trent Alexander-Arnold World Cup advice