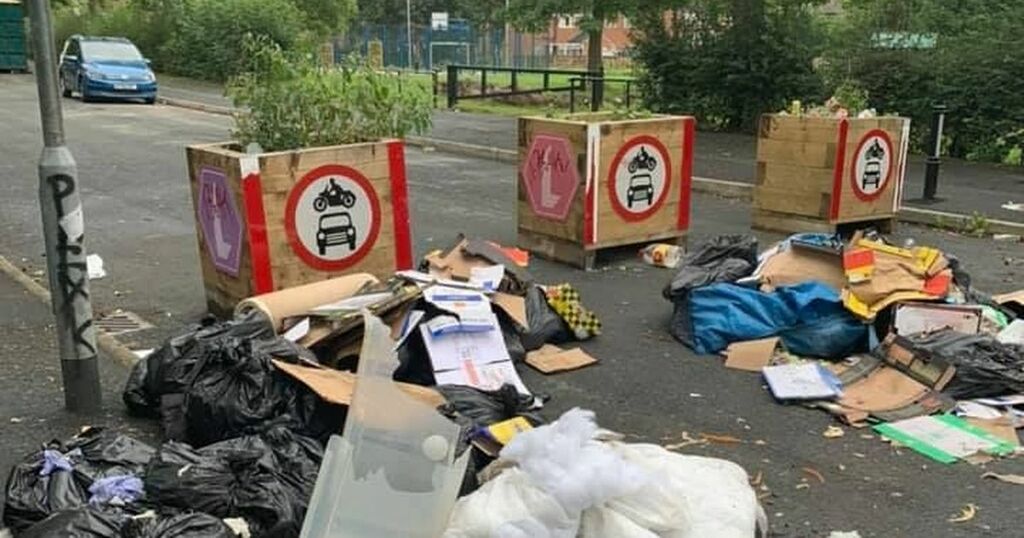 They were controversial from the start... and now they're set to stay.

'Modal filters' installed in the streets - in an attempt by Manchester council to ease traffic - weren't particularly well received by some in Levenshulme.

Others were in favour, including Let's Ride North West and Streets for People, who say that the planter filters have already 'transformed parts of Levenshulme'.

The 14 plant filters were installed across the south Manchester neighbourhood in January as part of a six month trial for an 'Active Neighbourhood' project that’s been a long time in the works.

READ MORE: Confusion, controversy and quiet chaos erupts on the streets of Levenshulme

The plans for the project included improved road crossings, traffic calming measures to improve air quality and ‘strategically placed’ planters to be used as road filters.

The planters marked the starting point for the trials.

Now residents are coming to terms with the fact they're set to remain in place for good after the news was confirmed by the council on Tuesday.

But just hours after the announcement, the planters on Manor Road East, which residents say 'block a main road to the tip', were hit by fly-tippers.

Heather McDonagh shared photographs on the Facebook group One Levenshulme.

She said: "No one looks after the planters. They've become rubbish bins.

"We knew this would happen. It's the main route to the tip.

What do you think of the planters? Have your say below

"It's not just the fly-tipping. The planters are just reciprocals for rubbish. They've made the problem worse."

Residents were concerned the filters had been installed without much instruction to road users.

Following the fly-tipping, one person posted: "That's disgusting! But like you say, what do you expect when you block a main road to the tip?!"

The filters have also received praise, with Let's Ride North West, which champions cycling, tweeting that the decision to make the planter filters permanent was 'fantastic news'.

PoWWow Pedal Power tweeted that the filters were a 'fantastic first step' and asked how they could help in doing more to improve the streets.

And Streets for People Levenshulme suggest that the response to the planters has been overwhelmingly positive and that the fly tipping has actually predated the filters.

The Chair of Streets for People, Joe Crutwell, said: "Since the introduction of the active neighbourhood, feedback has been "overwhelmingly positive" supported by 2/3 of residents as confirmed in the last round of consultation.

"There is plenty of evidence that this fly-tipping pre-dates the planters."

Joe also added that Streets for People have welcomed the decision to make the planter filters permanent and believe they are already having a positive effect in the area.

"Manor Road and the other planters have transformed parts of Levenshulme, ensuring people of all ages can make the choice to travel actively or play in a safer environment or even organize events.

"We welcome the decision to make this phase permanent and look forward to the upcoming announcements regarding the next phase of the scheme, particularly regarding measures for main roads, additional filtering, and Burnage."

Following consultations, which saw thousands of residents take part, the filters on Henderson Street and Manor Road East will be changed.

Manchester council say they have taken people's feedback on board and where possible, considerations are being made about how the filters alter people’s behaviour on roads.

But it has not been revealed what the changes will be.

Coun Tracey Rawlins, executive member for environment, said: “The trial of the Active Travel Neighbourhood scheme was incredibly valuable in our understanding how people travel in the places they live, as well as how we can create places that are safe and prosperous to live in.

“Thanks to the thousands of people who took part in our consultations we have begun the steps to permanently put this scheme in place.

“We’ll now work with our partners to put together a design which works for residents, and fulfils the goals of Active Travel Neighbourhoods.

“This is a collaborative approach between ourselves and residents and I look forward to taking our final design to them when completed, later this year.”

The initial designs for the proposed next steps have been agreed by ward councillors of both Levenshulme and Burnage and have now been submitted to Transport for Greater Manchester for review.

A similar project by the Levenshulme Bee Network was scrapped by Manchester council last year following concerns of how the scheme would be rolled out.

The locations of the filters: