They risked their lives so stars like Bruce Lee, Jackie Chan didn’t have to 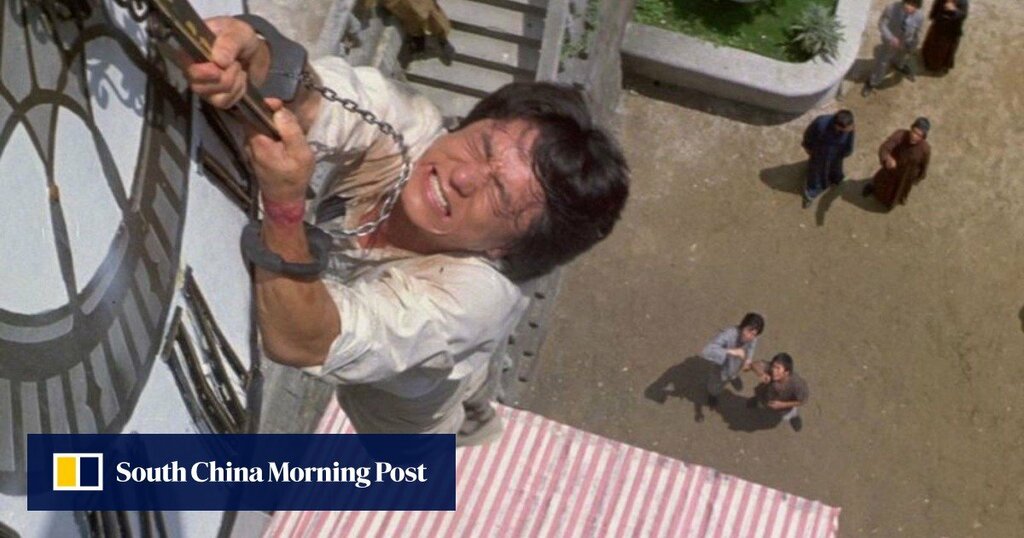 The classic martial arts film Once Upon a Time in China (1991), directed by Tsui Hark, made a star of China-born martial artist Jet Li Lianjie. Playing the role of real-life Cantonese hero Wong Fei-hung, Li’s performance earned him comparisons to Bruce Lee and Jackie Chan.

But while audiences were impressed by the film’s lengthy finale, where Wong fights his nemesis in a warehouse on moving bamboo ladders, most would have been unaware that it’s not actually Li who did the fighting. Three body doubles – Hung Yan-yan, Ku Huan-chiu and Tony Ling Chi-wah – fought in Li’s stead after the actor hurt his leg before shooting the finale.

Such revelations litter Kung Fu Stuntmen. Produced, directed and written by Wei Junzi, the new documentary is a tribute to the unsung heroes who brave debilitating injuries to shoot action scenes in Hong Kong movies.

Wei spent two years sourcing the rights for the clips used in the film, while recording the interviews in various places including Hong Kong, Beijing, Foshan and Hengdian.

A former radio broadcaster in his hometown of Tangshan, Beijing-based Wei wrote books on Hong Kong movies and set up an online bulletin board, Hong Kong Film Fans, in 2002 for users to post film reviews and other writings about Hong Kong movies. He says he got the idea of making Kung Fu Stuntmen after attending the Hong Kong Stuntman Association’s Chinese New Year dinner in 2017.

“I saw the veteran stuntmen exuding much pride and heroic spirit at the dinner,” he says, “but the association’s chairman, Chin Kar-lok, told me they actually fare poorly in old age. I grew up watching Hong Kong action films. The stuntmen have a special place in my heart. I wanted to make a film about them.”

Many of the films highlighted in the documentary are old Hong Kong classics made before the advent of post-production special effects and rules regarding film crew protection. As such, the stars in the documentary share how they risked life and limb to shoot action scenes.

“We risked our lives unreasonably,” Donnie Yen says in the film, explaining how he acted like a daredevil during the first half of his career. “To show I am the best in the world at kung fu, I did many stupid things. Without wearing protection, I would ask [my opponent in films] to [actually] hit me. In short, we cared much about face. Seen from another perspective, why old kung fu movies are more enjoyable than the current ones is because of this culture.”

While action stars earn many plaudits for their derring-do, stuntmen’s contributions go unnoticed, says Hong Kong actor Eric Tsang Chi-wai in the film. He cites as an example Project A, the 1983 classic in which Jackie Chan had to jump from a 15-metre-high (50 foot) clock tower and fall through several tarpaulins to reach the ground.

“No one had attempted this stunt before, so the stuntmen had to attempt it first. Chan jumped after the stuntmen were OK [after performing it],” Tsang says. “The audience doesn’t know this. They only remember how Chan risked his life in making the scene.”

Yuan Wu, a member of Sammo Hung’s stuntman team, recalls in the film that he fainted on the spot when making Long Arm of the Law (1984) after having to fall from the fifth floor of a shopping mall onto an ice-skating rink without any buffer.

Hong Kong action films had their heyday between the 1970s and the 1990s, a period in which they accounted for two-thirds of the city’s cinema output, Wei says. He explains those were dangerous times for stuntmen, and what followed directors’ yells of “cut” on set were often calls to help the stuntmen and, sometimes, ambulance sirens.

“With no protective measures on set, the chances of getting injured were very high,” Wei says. “So stuntmen either faked their occupation, like saying they were martial arts teachers, to get insurance cover, or got taken care of by a ‘big brother’ in the stuntman team if they got injured.”

“What that generation of stuntmen did was not done by the previous generation,” Hark says in the film. “It also won’t be done in the future.”

When Hong Kong’s economy took off in the 1960s, the rising popularity of wuxia and action films meant students of these schools were in high demand. Stuntmen waiting for daily job opportunities converged at 19 Pak Hoi Street in Yau Ma Tei.

In 1971, Bruce Lee vehicle The Big Boss became the highest grossing film in Hong Kong history at the time, surprising its production company Golden Harvest, which doubted Lee’s bankability before the film’s release. His death in Hong Kong in 1973 put the local film industry on ice for five years, with many unemployed stuntmen forced to drive unlicensed taxis and even sell blood.

The rise of Jackie Chan in the late 1970s with Snake in the Eagle’s Shadow and Drunken Master, both released in 1978, heralded a new kind of action comedy. Then came Jet Li and Donnie Yen in the ’80s and ’90s respectively, who further polished the brand of Hong Kong action films.

But as filmmakers kept churning out the same movies, and a lack of young action stars meant ageing ones were not replaced, Hong Kong’s film industry fell into precipitous decline which lasts to this day. With only a small number of stuntmen being able to transition to actors or action choreographers, the lamentable tone in the documentary’s second half is compounded by the plight of many former stuntmen in their twilight years.

“They didn’t save money [in their youth],” Tsang says. “They also needed to see doctors for the injuries [sustained when they were young].”

Wei tried to record the stuntmen’s current lives in his film, but they all rebuffed his attempts. “Like soldiers, they want only their best and most heroic selves presented to the public,” he says.

However, the film does end on a promising note, showing how the Hong Kong Stuntman Association trains its young recruits. Wei, though, believes the future of Hong Kong action movies lies in mainland China.

“Coupled with the large number of professional sportsmen and wushu practitioners on the mainland, the years of experience and skills accumulated by Hong Kong action filmmakers will carve out a prosperous future,” he says.