'They find you and shoot you': Chechens in fear after third Kadyrov critic killed 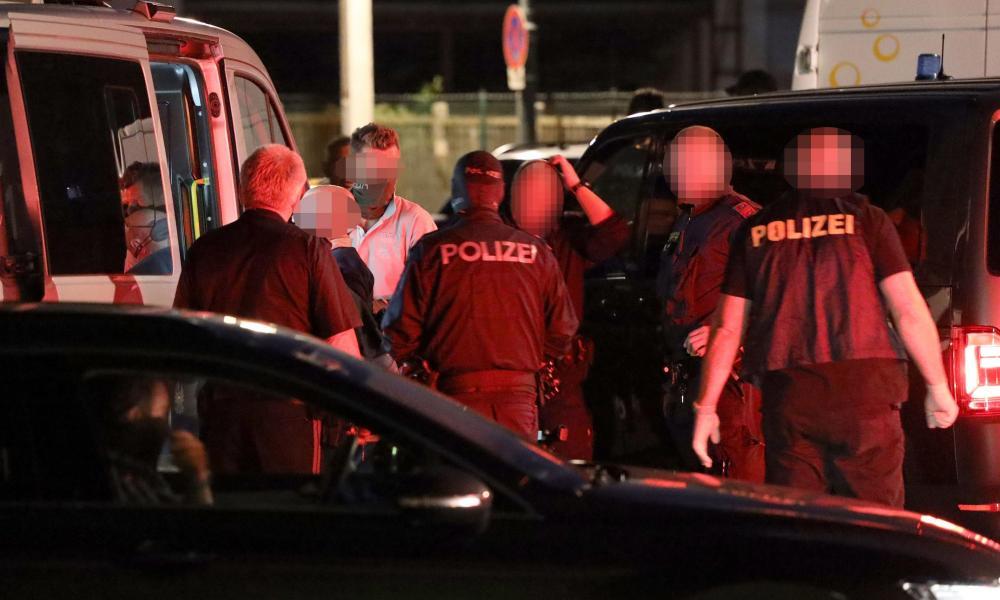 Chechens in Europe have expressed renewed fears for their safety, after a strident critic of the Kremlin-backed Chechnya leader, Ramzan Kadyrov, was shot dead in Vienna on Saturday.

“Everyone is scared. We all left to find safety and forget about home, and they find you and shoot you like a dog,” said a Chechen man who has received asylum in Austria and asked to remain anonymous, shortly after attending a wake for the dead man in Vienna on Monday afternoon.

Saturday’s attack was the latest in a string of brazen killings of critics of Kadyrov, or Chechens with a background in the anti-Russian insurgency, in locations across Europe. It was the fourth violent attack on Chechens living inside the European Union in the past year, three of which ended in murder.

Austrian police have named the victim as 43-year-old “Martin B”, but Austrian media, as well as friends and associates, identified him as Mamikhan Umarov, who was widely known online as “Anzor from Vienna”. He posted foul-mouthed tirades against Kadyrov on YouTube.

Umarov was shot three times on Saturday near a shopping centre on the outskirts of Vienna. Austrian police later apprehended a suspect, also a Chechen man, in the town of Linz. Another Chechen is also in custody. Both have lived in Austria for many years, according to prosecutors. A spokesman for the prosecutors’ office said it had not yet been established whether there was a political motive behind the killing.

In a statement on Monday, Austrian police said the victim had declined police protection, though did not specify when, or why it was offered. A friend of Umarov’s, a Chechen man living in Austria who asked to remain anonymous, said Umarov had in fact agreed to have a 24-hour police patrol stationed outside his house in order to protect his wife and children, after reporting a credible threat on his life in recent months.

“If you went to his house, the police would check your documents, they were always there. But he didn’t want personal security, he turned it down. I told him that it was dangerous, that it was crazy he was going around on his own,” said the friend.

Umarov told friends he left Chechnya in 2005, fearful of attacks against those like himself who had worked in the structures of the briefly independent Chechnya in the late 1990s, before Russia reasserted control after a brutal bombing campaign and installed Kadyrov’s father as head of the republic.

Kadyrov took over in 2007 after his father was killed in a bomb attack, and has been accused of rights abuses, torture, the rounding up of gay men, assassinations of rivals and critics, and revenge attacks on their family members. He has denied the allegations, though frequently makes public threats against his enemies.

Umarov was reportedly given the new identity Martin Beck when he received asylum in Austria, and claimed to be working as an informant for the Austrian security services. He was a witness in the murder in Vienna in 2009 of Umar Israilov, who fled Chechnya and made allegations about Kadyrov’s personal involvement in torture.

“Anzor met with people who came from Chechnya who wanted to plan hits and recorded them, and then handed the recordings over to Austrian intelligence. He claimed he had been working with them for the past decade,” said the friend.

In recent months, Umarov had gone public, posting a series of foul-mouthed monologues on his YouTube channel, criticising Kadyrov. In one video, recorded outside Bratislava airport, Umarov spends several minutes insulting Kadyrov in obscene terms, calling him “the head prostitute of Chechnya” and insulting his parents. He also dared Kadyrov to find him and kill him.

The Chechens targeted in Europe appear to break down into two broad categories: some are outspoken anti-Kadyrov bloggers, while others have a history of supporting the insurgency, which morphed over the years from an independence movement into a more Islamist organisation that used terrorist methods.

In the latter cases, such as the murder of Zelimkhan Khangoshvili in Berlin last August, Russian federal forces may be involved. Khangoshvili, a Georgian citizen of Chechen origin who had fought against Russian forces in the early 2000s, was shot dead in Berlin’s Kleiner Tiergarten. German authorities accused the Russian government of being behind the hit and expelled two Russian diplomats.

In cases where the victims are noisy critics of Kadyrov, the evidence trail seems to point towards Grozny rather than Moscow. In January, 44-year-old blogger Imran Aliev, known as Old Mansur, was murdered in a hotel room in Lille. He had been stabbed repeatedly in the neck.

A few weeks later, the well-known Chechen blogger Tumso Abdurakhmanov reportedly attacked in Sweden, but was able to overpower his attacker. He posted a video online of him standing over the bloodied body of his assailant. “They have my mother,” the man said, when questioned. A year before, the head of the Chechen parliament, Magomed Daudov, known as Kadyrov’s right-hand man, had publicly declared a “blood feud” against Abdurakhmanov.

On Monday, Abdurakhmanov dedicated an episode of his popular video blog to the murder of Umarov. “Nobody was surprised by this. It angered us, it saddened us, but it didn’t surprise us. Everyone understands clearly why he was killed and who is responsible,” he said.