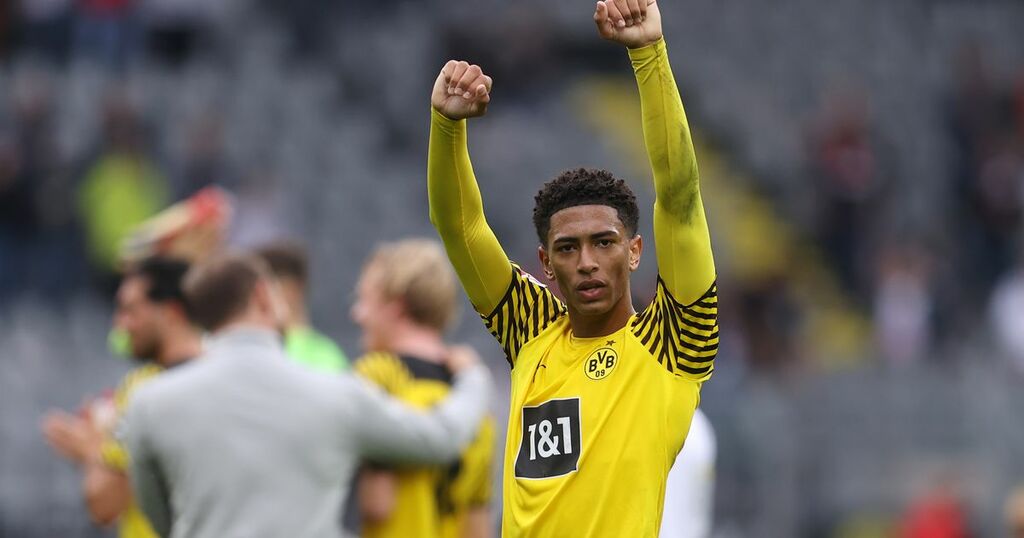 Liverpoool would be the ideal fit for Jude Bellingham if he was to return to England, according to one ex-Red.

Bellingham has long been the subject of speculation surrounding his future at Borussia Dortmund, with Liverpool reportedly among his potential suitors.

The 18-year-old established himself as one of the most promising young players in European football last term, following his debut season in the Bundesliga.

Having continued his development into the new campaign, contributing five assists and two goals in 11 games across all competitions, former Liverpool defender Glen Johnson was asked which Premier League club would be the best move for the England international.

READ MORE: Jurgen Klopp's first Liverpool team and where they are now

“Even though Liverpool do have superstar players, they also have a smaller squad and they don’t have those superstar players sitting on their bench banging the door down, so it’s easier to keep the squad happy.

“If Jude was to make the move to Liverpool then I believe they can nurture him better than his other suitors and will give him more time as that’s what he will need.

“If he was to go to Chelsea or Manchester City and didn’t perform straight away then the pressure would be immediately on him and he would be stepped aside and somebody else would come in and take his place.

“Liverpool’s smaller squad would help him in that sense.”

Though Johnson may have a point in terms of money spent by their title rivals on squad players, Jurgen Klopp has demonstrated that the Reds do have depth in central midfield this season.

Having played seven league games, the German coach has already started eight different options in the middle of the park, showing that he is willing to give his squad a chance to impress.

The ECHO reported in September that while Liverpool are long-term admirers of Bellingham, having targeted the teenager while at Birmingham City in 2020, any talk of a possible move is premature.

Bellingham has already impressed one member of Klopp’s squad, having formed a bond with Jordan Henderson while on international duty.

Speaking after the youngster had made his first Wembley start in an England shirt last month, the Reds skipper was full of praise for his team-mate :

"Even at such a young age he shows fantastic maturity on and off the field. You can see how hungry he is to be a top player and has all the attributes to do that,” he said.

"I don't want to praise him too much and put too much pressure on him but he has a very good head on his shoulders, I'm told he has good people around him and a good family, and you can see that is an important part of him. I think he will be a top player going forward."