THE majority of bills announced in Tuesday’s Queen’s Speech apply to Scotland – with issues ranging from “Brexit Freedoms” to the media.

Some 27 of the 38 bills in Prince Charles’s address to parliament either apply in whole or in part to Scotland.

Several of these pieces of legislation are controversial – including the Boycotts, Divestment and Sanctions (BDS) Bill, which bans local authorities and the devolved governments from introducing sanctions against other countries with the aim of “creating a coherent approach to foreign relations” across the UK.

This bill is thought to primarily stem from growing boycotts against the Israeli government and companies over involvement in the situation in Palestine – described by Amnesty International as a form of apartheid.

The plans for a British Bill of Rights have also been heavily criticised. The Government wants to scrap the current Human Rights Act – which more than 50 human rights groups say could risk violence in Northern Ireland, women’s safety, undermine international law and lead to the UK mimicking the rhetoric of despotic states.

Sacha Deshmukh, Amnesty International UK’s CEO, said: “Tearing up the Human Rights Act will unleash a Pandora’s Box of dire consequences for the UK and we desperately urge the Prime Minister to reconsider.”

The Brexit Freedoms Bill also features on the list, which Tories promise will make it easier to update or remove “retained EU law” now the UK is no longer in the bloc. However, it has been suggested by Hannah White of the Institute for Government that the legislation may be used to weaken parliamentary scrutiny.

She wrote: "It is important that any political decision to repeal or change these laws (in anything other than a limited and technical way) receives proper parliamentary scrutiny in the same way as any other policy proposal would."

Below are all pieces of legislation announced – listed by whether they do or don’t affect Scotland.

Do affect Scotland (in part or in whole)

SNP Westminster leader Ian Blackford condemned a number of the bills set to impact on Scotland.

"The very idea that Westminster will be able to strike down devolved legislatures retained EU laws is the latest in a long line of blatant Tory power grabs," he said.

"And, the proposal by the UK Government to rip up the Human Rights Act is one more example of a government that is prepared to force through legislation that is not only immoral but internationally illegal.

"The agenda of this Westminster government couldn’t be clearer - a hostile environment to devolution, to human rights law and to refugees."

However Scottish Secretary Alister Jack (below) praised the legislative agenda and touted what he described as Brexit benefits.

“This is a Queen’s Speech which delivers for Scotland and the whole of the UK," he claimed.

“Measures in the Queen’s Speech will help us grow our economy, so we can continue to recover from the pandemic, tackle the rising cost of living and level up across the country.

“We will bring in a range of measures to make our country safer, from tackling state-sponsored espionage, to cracking down on modern slavery.

“We will show leadership with a series of ambitious reforms which will support citizens across the United Kingdom.

“We will continue to maximise the benefits of Brexit with legislation to cement our fantastic trade deals with Australia and New Zealand, and remove outdated EU laws. Outside of the EU, the UK will continue to prosper and thrive.” 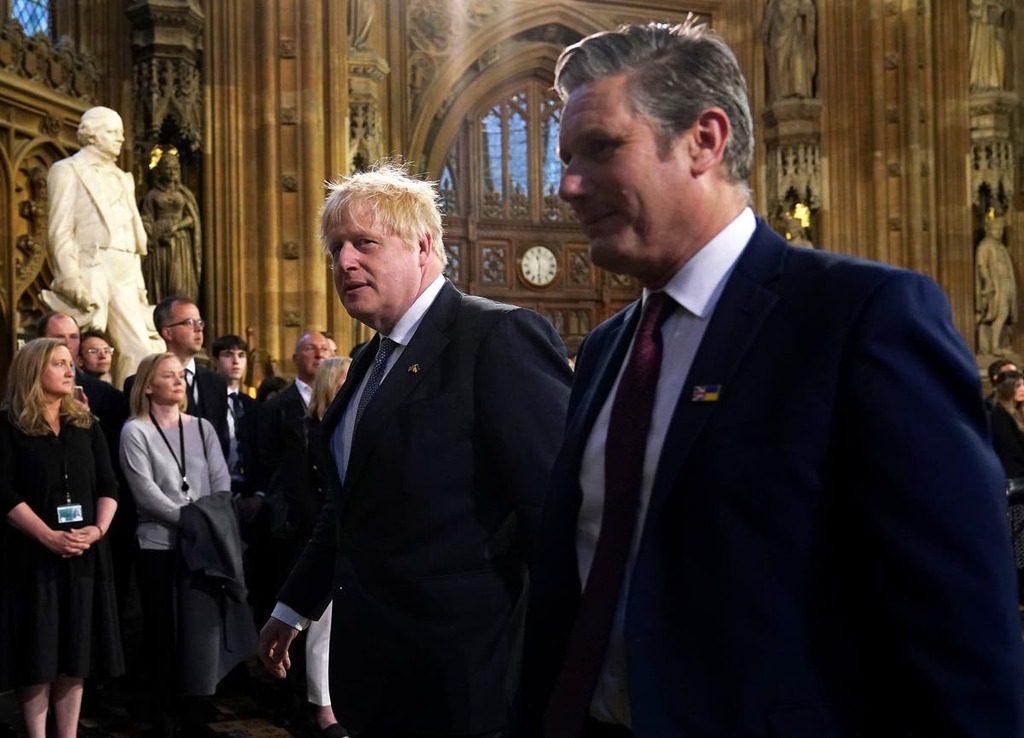 The Queen’s Speech at a glance: Which bills were announced by the Government?
An at-a-glance guide to the full list of bills announced in the Government’s legislative agenda for the new parliamentary session.

A TOTAL of 38 bills were announced as part of the Queen's Speech in the House of Commons, which was…

The National (Scotland)
Queen’s speech: what bills to expect

Measures expected to be announced include schools, levelling up and Brexit freedoms bills