There’s still a lot in the wicket, says Rabada 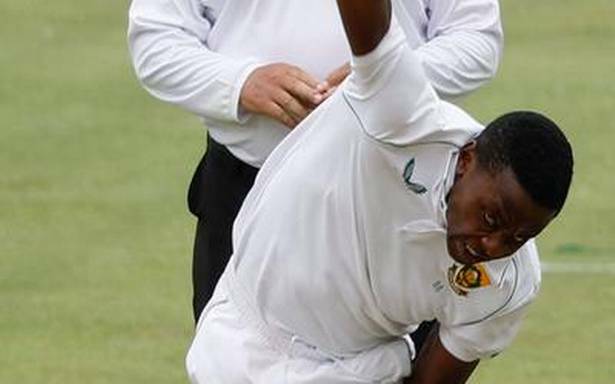 “There is no greater teacher than experience,” said Kagiso Rabada as he celebrated his 50th Test with a four-wicket haul at the Newlands here on Tuesday.

“The game is in the balance. We would have liked to win the toss. We did well to restrict India to 223, we need to bat well.”

About his contest with Virat Kohli, the pacer said, “I was trying to swing the ball away, not bowl at his pads. Credit to him, he batted very well. He ‘left’ well too.”

Rabada said, “There is still a lot in the wicket. You don’t have control over conditions. Batters have to grind it out.”

About left-arm quick Marco Jansen, Rabada said, “He has a burning desire to play, he’s a tough character... that’s the first thing you look for in a player. He has the X-factor, he has natural talent, he can win games for you.”

Indian batting coach Vikram Rathour said, “These are challenging conditions. We were expecting 50 to 60 more runs. We were below par today. There were some soft dismissals towards the end. But we have the bowling to come back in the match.”

On Kohli’s batting, Rathour said, “Virat played a phenomenal innings. One good thing today was that he batted with a lot more discipline.

“They bowled well to him initially, they did not give him deliveries to drive, cut and pull. He battled through that phase. Left a lot of deliveries, showed patience.”

January 11 was coach Rahul Dravid’s birthday and Rathour said the team would cut a cake in the evening.