There is growing momentum for low-emission hydrogen fuel: IEA

According to a recent IEA analysis, manufacturing of electrolysers is predicted to increase significantly, and pilot projects are mushrooming in new industries including steel and transportation. However, given that these regions still make up a very minor portion of the hydrogen landscape, more strong legislative backing is required.

“Electrolysers, which are required to manufacture low-emission hydrogen from renewable power, are predicted to see a six-fold rise in worldwide manufacturing capacity by 2025, which is one of the promising advancements in hydrogen technologies that can help the clean energy transition," it said.

According to the most recent edition of the IEA’s annual Global Hydrogen Review, less than 1 million tonnes of low-emission hydrogen were produced globally in 2021, almost all of it originating from fossil fuel facilities that also used carbon capture, use, and storage.

“If generated cleanly and judiciously used in industries like heavy industry and long-distance transportation where they may reduce emissions and replace fossil fuels, hydrogen and hydrogen-derived fuels can support both climate objectives and energy security. Although just a tiny portion of the projects are now under development, the pipeline of projects is growing as the global energy crisis increases interest in low-emission hydrogen. In order to establish the frameworks and generate the demand required to promote investment in low-emission hydrogen, especially in the electrolysers and carbon capture technologies required to manufacture it, the Global Hydrogen Review puts forth a number of policy suggestions," the IEA report said.

“There are growing indications that hydrogen will play a significant role in the transition to a cost-effective, secure, and clean energy system, but significant technological, regulatory, and market advancements are still required for it to realize its full potential," said IEA Executive Director Fatih Birol.

“The strong flow of announcements we now see for low-emissions hydrogen projects are yet another indicator that a new energy economy is emerging. Governments now need to implement concrete policies to remove regulatory barriers and support shovel-ready projects," he added.

According to the latest analysis, the worldwide demand for hydrogen is expected to exceed 115 million tonnes by 2030, taking into consideration the current policy decisions made by nations. That amount might increase to 130 million tonnes of countries completely adhere to their present climate commitments, with low-emission hydrogen accounting for more than a fifth of that total. In such a case, the demand for hydrogen would be equivalent on a worldwide scale for new uses.

“Some new applications for hydrogen are showing particular signs of progress today. Announcements of new steel projects are growing fast just one year after the first pilot plant for using pure hydrogen in direct reduction of iron started production. The first fleet of trains running on hydrogen fuel cells started operating in Germany, and there are also more than 100 pilot projects for using hydrogen and derivatives in shipping. In the power sector, announced projects using hydrogen and ammonia stack up to almost 3.5 gigawatts of potential capacity by 2030," the report said.

By 2030, the production of low-emission hydrogen might reach 16 million to 24 million tonnes annually, with more than half coming from electrolysers powered by renewable energy if all projects presently in development are successful. The ability of the globe to create hydrogen using electrolysers might increase to up to 290 gigawatts in 2030 as opposed to 0.5 gigawatts in 2021 if all projects now in the pipeline are completed. According to the paper, in areas with abundant renewable resources and those that now depend on imported fossil fuels for hydrogen generation, renewable hydrogen may already compete with hydrogen derived from fossil fuels based on current pricing.

With an annual production capacity of 8 gigawatts, electrolysers might reach 60 gigawatts by 2030, according to industry announcements. Additionally, assuming upcoming electrolyser projects are finished and the anticipated scaling up of production capabilities occurs, costs might decrease by almost 70% by 2030 compared to today.

The report suggests several steps for governments to reduce risk and improve the economic feasibility of low-emissions hydrogen. They can create demand through auctions, mandates, quotas and requirements in public procurement, and they can ensure that gas pipelines, terminals and other infrastructure are built to be compatible with hydrogen and ammonia. Establishing international markets in hydrogen requires cooperation to develop common standards, regulations and certifications.

Catch all the Industry News, Banking News and Updates on Live Mint. Download The Mint News App to get Daily Market Updates.
More Less
Post your comment First article
Sign up to read this article 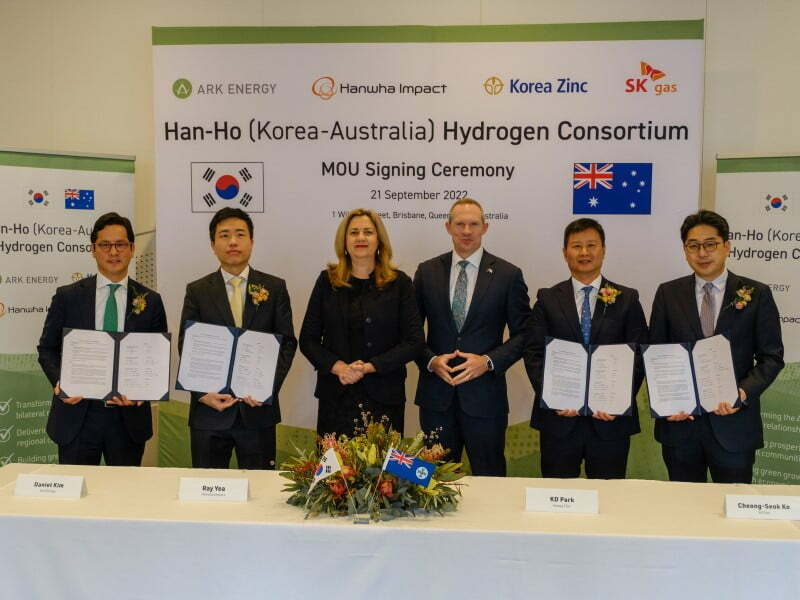 On Tuesday, Andrew Forrest announced a more than $9 billion capital expenditure package to accelerate the decarbonisation of iron ore…

InnovationAus
Direct air capture: how advanced is technology to suck up carbon dioxide – and could it slow climate change?

Project to power 300 Scottish homes with ‘green hydrogen’ hit by delays, leaving some to question whether it is still…