Theranos fraud trial: Elizabeth Holmes takes the stand in her own defence 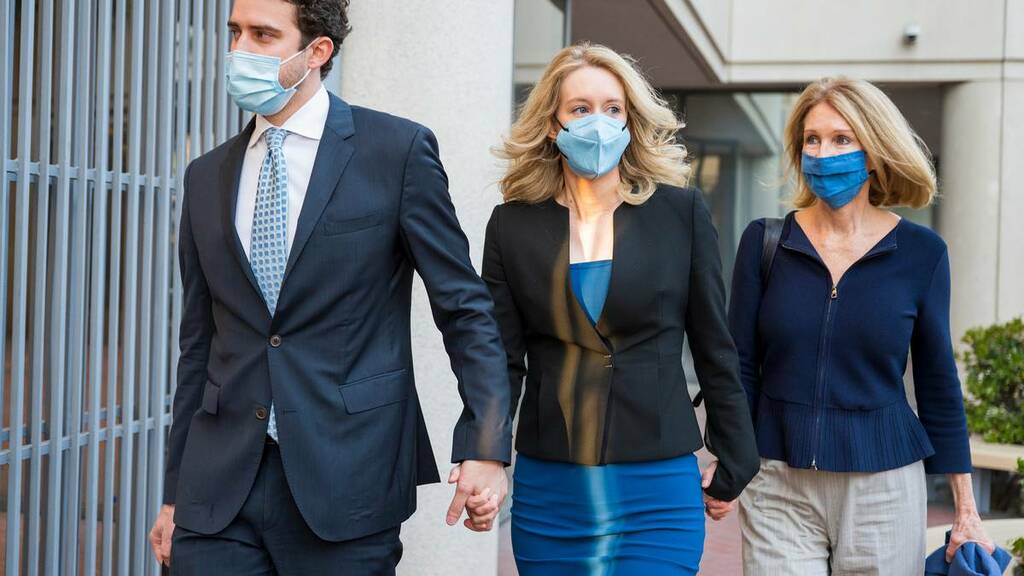 Elizabeth Holmes, the one-time medical entrepreneur now charged with building a fraudulent company based on promises of a revolutionary technology, is giving evidence at her trial.

Her testimony, which has so far focused largely on her enthusiasm based on positive early tests of that blood-testing technology, may be her best shot to avoid conviction on charges of criminal fraud.

Prosecutors allege she duped investors and patients into believing she had invented a breakthrough in blood-testing technology.

On Monday (Tuesday NZT), Holmes was in the witness stand wearing a cobalt dress with a black blazer. She spent most of her time describing clinical studies and other records extolling the effectiveness of a small blood-testing device made by Theranos, a startup she founded in 2003 after dropping out of Stanford University at 19.

US District Judge Edward Davila earlier met with lawyers from both sides of the case behind closed doors while a masked — and befuddled — audience sat in a packed courtroom. He didn't explain why.

Holmes' latest round of testimony came after her lawyers called her to the stand during the final hour of Friday's proceedings, in what has been the most dramatic moment of a high-profile trial that began in early September.

Anticipation of Holmes' return to the stand on Monday drew a large crowd outside of the San Jose, California, courthouse where the trial is occurring.

The roughly 35 people who got into the small courtroom on Monday included one of Holmes' biggest foils — former Wall Street Journal reporter John Carreyrou, who wrote a series of explosive articles starting in October 2015 that triggered Theranos' collapse and the ensuing criminal case.

Responding to friendly questions posed by one of her attorneys gives Holmes a chance to sway the jurors who will determine her fate. If convicted, Holmes, a former billionaire who is now 37, could be sentenced to up to 20 years in prison.

After being prompted by her attorney to explain some technical terms about blood testing, Holmes looked directly at the jury sitting a few feet to her right and delved into the topic as if she were a teacher addressing her students.

Having shed the mask that she's worn while sitting stoically through trial, Holmes also occasionally smiled as she discussed the studies. She also tried to make eye contact with the 14 jurors, including two alternates, as they walked out during a morning break and later at the conclusion of the day's proceedings.

The studies, conducted with several major pharmaceutical companies from 2008 to 2010, showed the third generation of a Theranos device known as the Edison was delivering mostly encouraging results that gave Holmes reason to believe she and the company were on the road to success.

The positive reports and Holmes' testimony seemed primarily aimed at providing insight into Holmes' state of mind in an attempt to illuminate why she eventually became so effusive about Theranos technology, which she promised would be able to scan for hundreds of potential diseases and other health problems with just a few drops of blood taken with a finger prick.

But by 2015, Theranos' own lab director concluded the company's technology was malfunctioning in ways that produced misleading results that could potentially endanger patients. Theranos wound up running the tests on traditional blood-testing machines while continuing to raise hundreds of millions of dollars billionaires and less sophisticated investors.

Other evidence presented at the trial showed Holmes distributed misleading information in 2013 about a purported partnership with Pfizer and other pharmaceutical companies that helped Theranos raise money.

Having spent only about three hours on the stand so far, Holmes' testimony is expected to eventually delve into more intriguing territory.

Before the trial started, Holmes' lawyers filed documents indicating she intends to blame whatever misconduct that occurred at Theranos on her former lover and the company's former chief operating officer, Sunny Balwani.

Those documents assert that Balwani, who faces a separate criminal trial next year, manipulated Holmes through intimate partner abuse. Balwani's lawyer has blasted those allegations as baseless.

Holmes' testimony will resume on Tuesday morning and is expected to continue into next week.