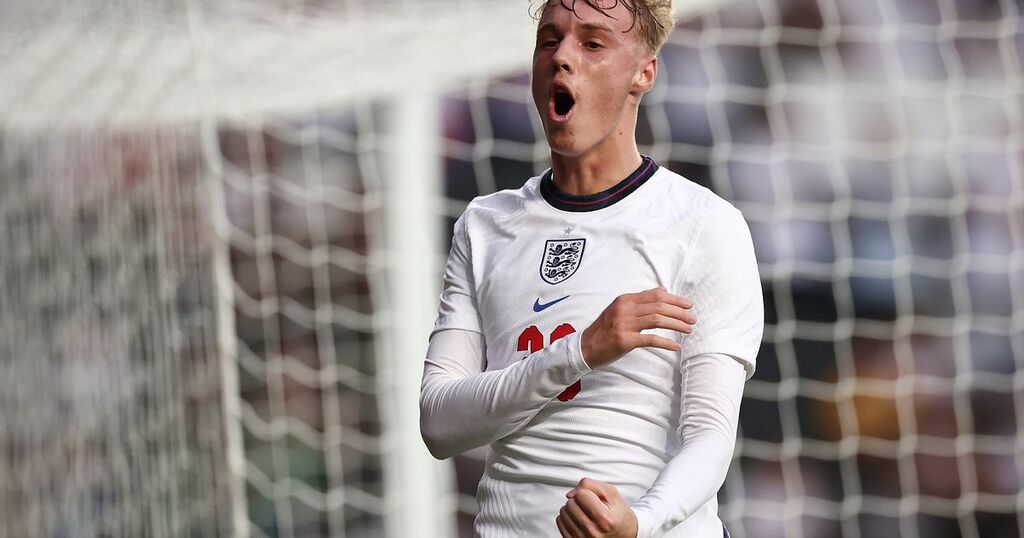 It seemed fitting that on the same evening a want-away Manchester City midfielder scored a stunning goal for his country, his potential replacement from the City academy did the same.

It's no secret that Bernardo Silva wants to leave City, as he has done since the summer of 2020. While there are no doubts about his dedication and commitment while still at the club, it's likely that City will need to replace the attacking midfielder next summer - a task that has the potential to be very costly.

His excellent display for Portugal on Tuesday reminded City fans just what they'll lose when he departs the Etihad Stadium. However, as if the stars aligned to ease our worries, Cole Palmer debuted for the England U21s later that evening and scored a magnificent solo goal.

He could be the Bernardo replacement City are no doubt already searching for.

As we've seen already this season, Bernardo's performance levels aren't going to drop just because he wants to leave the club. In the 5-0 wins against Norwich and Arsenal he was superb, just as he was on Tuesday for his national team against Azerbaijan.

Alternating between a number eight and wide role as he often does for City, the diminutive playmaker did all the things that have made him a fans' favourite at the Etihad.

He was a constant livewire in and around the box, making intelligent runs off the ball and threading probing balls all evening. As is often the case, Portugal looked more fluid in attack without Cristiano Ronaldo, as Bernardo was free to link up with the likes of Bruno Fernandes, Andre Silva and Diogo Jota without having to worry about feeding the United man.

Bernardo opened the scoring and what a strike it was. Making a trademark run off the blind-side of the left-back, the City man volleyed home a Fernandes cross with the outside of his left boot, almost galloping as he made connection such was the difficulty of the technique.

That kind of ingenuity and execution is something Bernardo has become renowned for at City, a quality that makes him exceptionally tricky to defend against.

If he played for any other club, you would worry about how the Portugal international would be replaced. But this is City, and waiting in the wings is a young talent named Palmer.

After a whirlwind summer that saw him graduate to the first team and start at Wembley in the Community Shield, Palmer made his England U21 debut on Tuesday night against Kosovo.

Starting on the right-hand side of an attacking trio - as Bernardo has done in the past - the 19-year-old was a constant thorn in his Kosovan counterpart's side.

From minute one he was dribbling at his man, exchanging quick passes with his teammates and playing overlapping runners in through the channels. It was a very Bernardo-esque performance in many ways. Given Palmer's six-inch height advantage, where Bernardo scurried and weaved, Palmer glided and drove.

Perhaps owing to his eagerness to impress as a young player, the Wythenshawe-born Palmer also has slightly more of a tendency to attempt the audacious, and that's exactly what he did for his goal.

Facing away from goal and with seemingly nowhere to go, Palmer surveyed his passing options. That split second delay fooled the defender, who was in no position to react when the youngster then immaculately pulled off a Cruyff turn and accelerated into the box.

A few touches later and Palmer was celebrating a debut goal, a pinpoint left-footed curler invoking a further comparison to Bernardo.

What has become apparent about Palmer is his versatility, another similarity to his Portuguese colleague. On Tuesday, he started on the right-wing, a role that seemed to suit his pace, dribbling ability and crossing accuracy. When in full flight he's hard to stop in one-on-one situations, a quality that Guardiola likes his attackers to possess.

Yet in pre-season and in the Community shield he played further back, operating as more of a number eight and showcasing his impressive passing range. Like Bernardo, as an eight he's shown a defensive side to his game too, pressing the opposition and helping out when his side are on the back foot.

Watching the exploits of both this week felt bitter-sweet.

In Bernardo, there is a world-class player who suits City's game perfectly, but who unfortunately wants a new challenge. In Palmer, there is a hungry, eager rookie who is already looking the business at 19, and showing all the hallmarks of a City attacker.

Of course, it's wise to avoid piling too much pressure on the young talent, which is why he's unlikely to see much game time this season despite being in the first-team squad.

But Guardiola and his staff will know that when the time comes for Bernardo to walk, his replacement is ready to go, and the club won't even have to fork out an eye-watering transfer fee.

Do you think Cole Palmer has what it takes to be City's new Bernardo? Follow our City Fan Brands Writer Alex Brotherton on Twitter to get involved in the discussion and give us your thoughts in the comments section below.