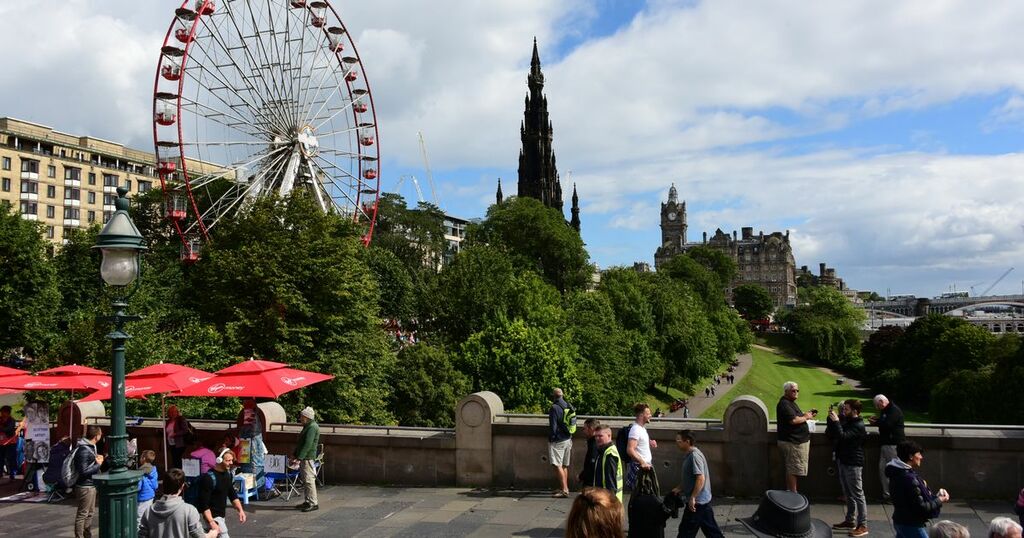 It isn't uncommon for people to have a love/hate relationship with their home but over a number of lockdowns many began to appreciate what is right on their doorstep.

Although not everyone can be pleased.

Residents of Edinburgh and the Lothians have been savagely ripping into their towns on satirical website ILiveHere.

Even Edinburgh, the historical, picturesque and vibrant city we're lucky enough to call our capital - the reviewers still find a flaw or two.

But here at Edinburgh Live, we have to disagree, so we have gone through some of the old hearted remarks and we want to fight their case.

How the resident described it : "I live in Edinburgh, and I actually quite like it here. The problem with Edinburgh is it doesn’t really like itself, and so has decided to sell its soul to try and find some meaning to its existence."

They added: "As soon as the Festivals start up, Edinburgh is transformed into an honorary borough of London, along with the crush of people and the high prices. Most places are sectioned off for venues for unfunny Oxbridge student comedians to try and “make it”, and also overpriced beer stands. The beautiful architecture is adorned with posters for (mostly) sh*t “comedy”, and you can’t move without being shoved out of the way by someone."

What we think: Edinburgh is home to many festivals. The Edinburgh Festival Fringe, the International Film Festival and then the Christmas Market that takes up Princes Street Gardens.

Not only does the Edinburgh Festival Fringe brings so much money into the city but many famous celebrities started off at the festival before making it big, which many locals reminisce on now.

While it can feel overwhelming, it means the city is not short of things to do. And if it is too busy, Edinburgh is full of hidden gems that will offer a break from the herds of tourists.

And as for dining out in Edinburgh, loads of restaurants and pubs are award winning so you can count on them for a good pint and dinner.

How the resident described it: "While the city centre of Edinburgh is OKish the surrounding areas are just awful. Mind you having lived bang in the city centre for a while in a flat made into bedsits full of drunks who broke the door off of the toilet / bathroom I wouldn’t want to live there ever again. There was a lot of violence. My (Irish) ex-boyfriend and I went in a pub in Edinburgh where they really hated English people and we were threatened, “asked” to leave the pub and the barman / landlord ignored us when we asked for a drink."

What it's really like: Edinburgh City Centre is known for being a cultural melting pot. Looking at the range of restaurants offering food from all over the globe, Edinburgh embraces people from different walks of life - including England.

Some flats in the city centre may not be as spacious as you might find in surrounding areas but people have become crafty with how to make what space they have work. And even some city centre flats may surprise you-like this one near George Street that has an old dance studio.

But if you do want more for your cash, then the surrounding areas may be more appealing, and away from the hustle and bustle-but it's that buzz that makes us love the city centre.

How the resident described it : "Prestonpans or as locals say ‘the Paaans’ has got to be the most miserable lot in East Lothian. The people here are miserable, bitter, and as sour faced as Andrew Lloyd Webber licking on a nettle.

"The gossip mongering is off the scale - men and women and nobody has a life. Everyone exists to keep up with the Jones’ and to be top dog in the car/house/family arena."

What it's really like: Prestonpans is an East Lothian town on the coast with the community at its heart. They put on a Gala, the Three Harbours Festival and much more throughout the year.

To keep the beaches clean, the locals organise a clean up event every two weeks.

Even cats are part of the community as Edinburgh Live reported, a cat that sadly passed away had a memorial for it in a local shop.

History runs through the town too being home to the first significant battle of the Jacobite rising.