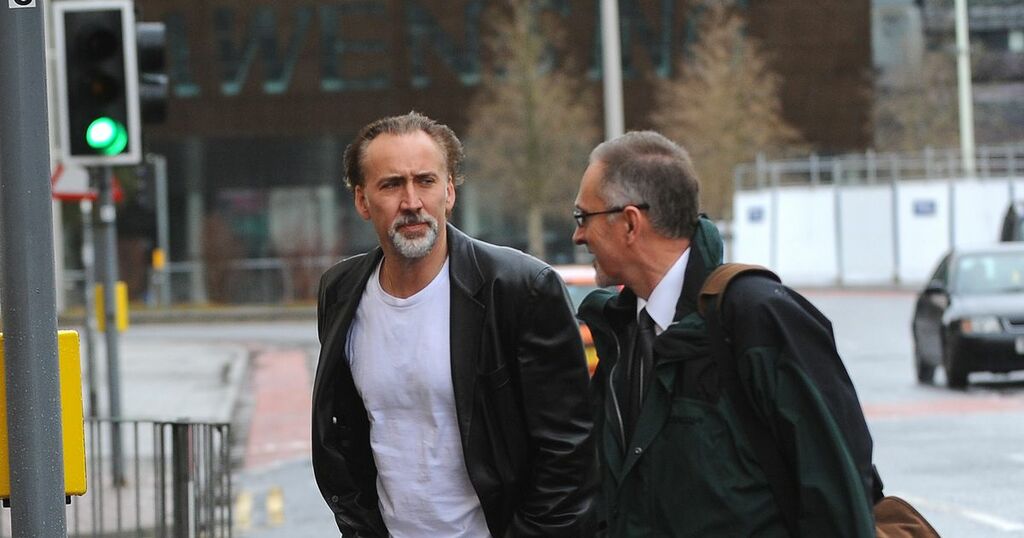 Wales seems to be enjoying its current status as the go-to place for famous stars.

Hollywood hotshots like Tom Hardy have been popping up all over the country in places you'd least expect - from Barry Island fun fair to M&S at Culverhouse Cross.

But none of this is unusual - famous faces having been spotted in the unlikeliest places here for years.

Here's our list of some of the oddest examples:

Harrison Ford on a canal boat near Llangollen

The Indiana Jones and Star Wars legend, along with his wife Calista ' Ally McBeal' Flockhart and her adopted son Liam, enjoyed a quiet family break on the waterways around Llangollen back in 2004.

"It was just the three of us and it was really fun - a real pleasure," said the superstar. "I've often taken narrowboat journeys in France and England too – it’s something I like to do. There’s nothing quite like it to slow your life down."

The eccentric US actor stunned fans by quietly sipping coffee in a cafe on the waterfront of weather-battered Cardiff Bay in 2009.

Cage refused to disclose why he was in the Welsh capital – but dismissed speculation that he was to appear in Dr Who.

Idi Amin at the Empire Pool in Cardiff

The infamous former Ugandan dictator claimed to have been a regular at the city's now defunct public baths.

The late despot admitted as much to Cardiff South MP (and then British Foreign Secretary) Jim Callaghan after he'd arranged to meet Amin to negotiate the release of a UK lecturer being held captive by Ugandan forces.

"When I knew you came from Cardiff I decided to release the prisoner," Amin is supposed to have said, explaining that whilst living in London (possibly in the 1950s) he was that much of a keen swimmer he'd often travel to the Welsh capital to make use of the Empire' Olympic-sized facilities.

The pool's long gone these days though.

Johnny Depp at The Red Lion in Penderyn

In 2004 Hollywood heart-throb Johnny Depp sat sipping pints in a remote pub in Penderyn, near Aberdare.

Disbelieving staff and patrons at The Red Lion pub didn't realise the Oscar-nominated superstar had dropped in until much later, when they read about him filming a movie called The Libertine in Powys.

The Pirates Of The Caribbean legend, along with his then partner Vanessa Paradis, was first seen taking photos of St Cynog’s Church opposite, which led one dog walker to inform the landlord he might have "some foreign visitors."

But in 1989 the late star found himself arrested on drugs charges at Cardiff’s Angel Hotel, where he was staying whilst filming a series of mystery films for HTV.

It seems that, before leaving the States, he decided to take a small amount of homegrown cannabis – enough to make up no more than six joints – and post it to his new, temporary address in the UK.

Unfortunately, the package arrived before he did and was mistakenly handed to a completely different guest at the hotel, also called Perkins.

The police were called and the "deeply embarrassed" actor ended up at Cardiff Magistrates’ Court where he was fined £200.

Famous actors staying in plush hotels? Nothing new there.

That said, you don't expect to see John Malkovich wandering around the foyer of a Cardiff stop-over dressed only in his PJs and dressing gown - which is exactly the sight which greeted everyone at the launch of the city's Big Sleep hotel in 1999.

Malkovich, who co-owned the venue, spend most of the day being interviewed in a bed brought down from one of the upper rooms.

On a visit to Cardiff in 1952, the legendary star of Hollywood classics such as Ben Hur and Planet Of The Apes dropped in at Brocklehurst Yarns nylon factory in Llanishen.

The iconic actor took a tour of the shop floor, offices and even the canteen, before heading off to South Wales Caravan Distributors Ltd in Ely to press the flesh and sign autographs.

The Beatles in a Harlech barbershop

In their very early days Paul McCartney and George Harrison rehearsed with a local band called The Vikings in the basement of a barber shop in Harlech - now a newsagents/gift shop.

One female neighbour even claimed to have heard the Fab Two jamming as she tried to relax in her bath in the flat upstairs.

While in his early 20s, the man who would be one of the USA's most iconic (and tragic) presidents stayed at St Donat's Castle.

Taking in the local scenery, JFK visited the lighthouse at Nash Point in Vale of Glamorgan and even indulged in a spot of genuflection at St David's Catholic Cathedral in Charles Street, Cardiff.