‘The Wheel Of Time’: New Amazon TV Series Is An Ambitious Fantasy 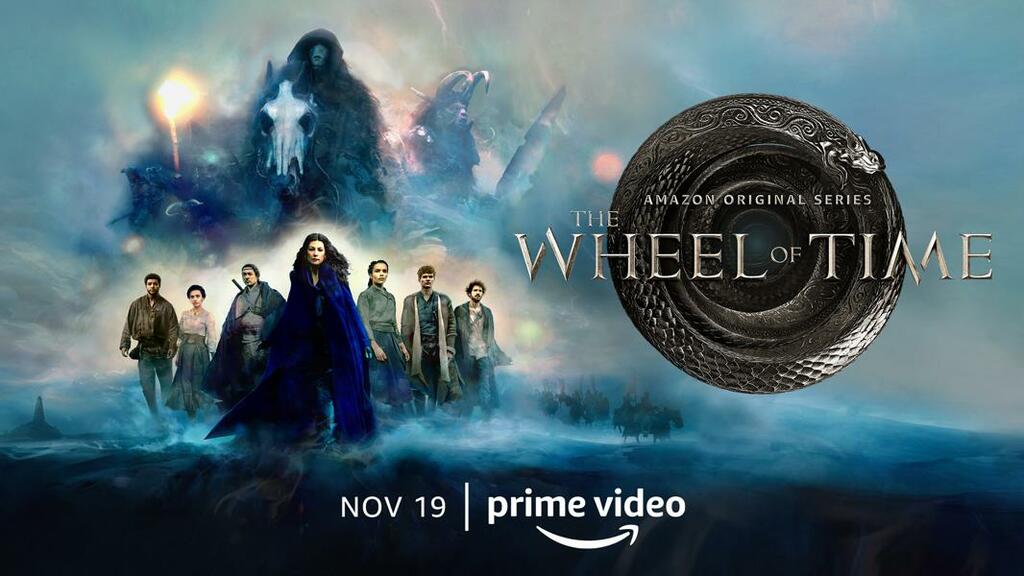 Prime Video is releasing its new Amazon Original Series, The Wheel of Time, on November 19. Co-produced by Amazon Studios and Sony Pictures Television, The Wheel of Time is based on the best-selling fantasy novels written by Robert Jordan, and subsequently Brandon Sanderson. Similar to Lord of the Rings and its quest to defeat the evil one set to destroy the world, The Wheel of Time takes viewers on an epic adventure journey, with added gender politics.

If you are not familiar with Jordan’s fantasy series, of which more than 90 million books were sold, The Wheel of Time is set in a world where magic exists. However, only women are allowed to access magic by channeling the One Power. Men are forbidden from it. The story follows Moiraine (played by Rosamund Pike), who is a member of the Aes Sedai, an incredibly powerful all-female organization. She is on a quest to find the Dragon Reborn, an ancient power, who once destroyed the world, prophesized to be reincarnated into man or woman.  In the remote mountain village of Two Rivers, Moiraine finds five potential youths who could be the Dragon Reborn, the one who will either save or destroy humanity. With these five young men and women, Moiraine embarks on a perilous world-spanning journey.

Developed by Rafe Judkins, this Amazon original series is an enthralling adaptation of the world created by Robert Jordan. If you’re a fan of J.R.R. Tolkien’s Lord of the Rings and its quest to destroy the one ring to defeat Sauron, and you enjoyed the multitude of characters in George R.R. Martin’s Game of Thrones, The Wheel of Time is the next fantasy series for you to watch.

Judkins’ adaptation is slightly different from the books. Robert Jordan’s world in The Wheel of Time has a clear divide between women and men. Only women can access magic, while men who “channel” can only lead to evil. In the television series, the magic women wield is a white wisp of air, while the one that men channel looks like a black gooey substance spreading like a disease. Jordan’s world is one where women are in power, whose duty is to keep men in check and suppress their dark powers threatening to destroy humanity. While the Dragon Reborn can only be male in the books, it can be either female or male in the series. The TV series thus slightly blurs the gender binary so present in the books.

The Wheel of Time opens by showing how ruthless Aes Sedai are in suppressing men channeling the dark power, hunting them down to destroy their mounting darkness. As Moiraine enters the town of Two Rivers, she meets Nynaeve al’Meara (played by Zoë Robins) who has her reasons for being suspicious of the Aes Sedai. As the series begins, Nynaeve is training Egwene al’Vere (played by Madeleine Madden) to become a Wisdom like her. Perhaps done on purpose, most male characters—apart from Lan Mondragoran (played by Daniel Henney) a Warder bonded to Moiraine—are rather annoying, especially Rand (played by Josha Stradowski), who is always rebelling against what Moiraine says for no real reason, and Mat (played by Barney Harris), who is always doing something wrong and putting his friends in some kind of danger.

With just eight episodes for its Season One, the series keeps up the mystery of who is the Dragon Reborn. It’s a nice way to set up all the different characters and what brings them together for the upcoming big adventure against the Dark One, as well as introduce all the lore that constitutes this fantasy world. The series is slow to get into. The first few episodes feel very heavy with set-up and lore explanations. But once the adventure gets going, the episodes becoming very engrossing.

The Wheel of Time looks quite tremendous visually. It has already been renewed for Season 2, ahead of its November 19 premiere. The first three episodes of Season One premieres on November 19 on Prime Video, with new episodes becoming available each Friday following.