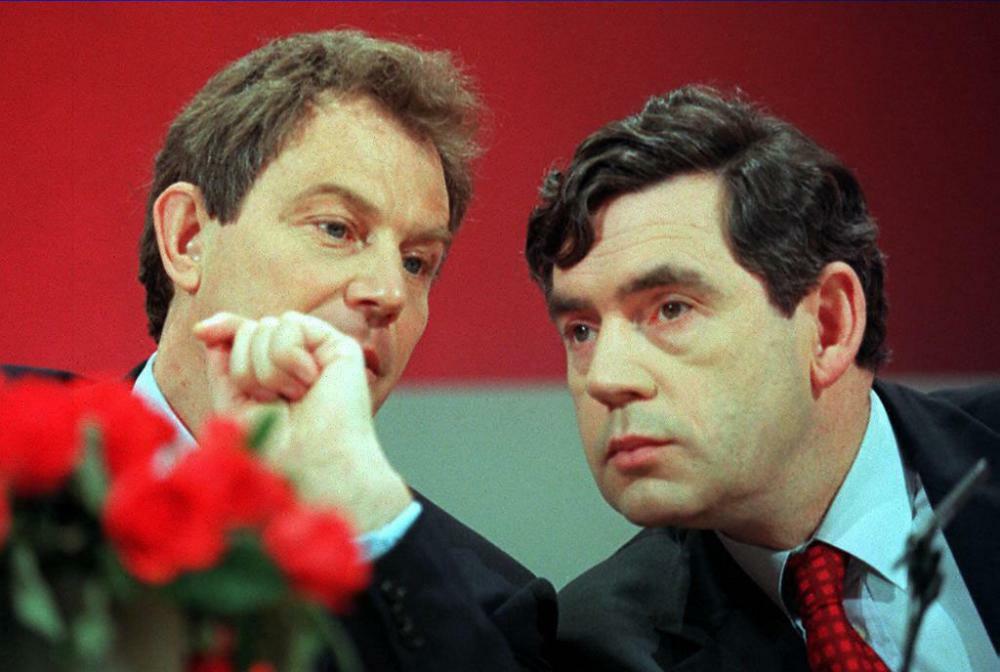 Whatever criticisms could be lobbed at new five-part docuseries Blair and Brown: The New Labour Revolution, what an array of talking heads! The makers (also behind 2019’s Thatcher: A Very British Revolution) snared all the key players: Tony Blair, Gordon Brown, Peter Mandelson, Alistair Campbell et al, assembled like a New Labour Mount Rushmore, stretching endlessly along a sociopolitical horizon. All are older of course (Brown increasingly resembles the ghost of Bagpuss), but then so are those who voted for them, or declined to. Which is the point: for many of the fascinated, it’s never just about New Labour, it’s also the story of us.

The first episode comprised a deep dive into the oft-documented genesis of the New Labour project. There’s no sleaze, money-grubbing or Iraq to account for yet (Iraq is due to be covered in the fourth episode, with interviewees including Clare Short). The series opener told of Labour’s 1980s electoral disasters, Neil Kinnock’s lonely, principled stands, Blair and Brown emerging as new progressive MPs, the still-astonishing Mandelson shapeshifting in the shadows (if Mandelson were a fictional character, you’d be ordered to tone him down). Then, Labour leader John Smith’s death, and Blair and Brown’s unseemly scrabble for succession.

It becomes noticeable how keen 2021-issue Blair is to big up Brown’s early dominance: “I have a deep affection and respect for him that no amount of squabbling could ever erase.” As “ruthless” Blair is anointed leader, with Brown seething in the wings, it’s also noticeable how, during all the discussion of the “deal”, there isn’t one mention of Granita (all that powerbroking over the bread baskets). Looking a couple of episodes ahead, I can also report that New Labour’s signature control-freakery has once again been played down to the degree that you’d mistake Campbell for a doe-eyed Little Bo Peep whose only crime was to lose his spin-doctoring sheep. Even so, just as with the Thatcher series, Blair and Brown is a stirring, illuminating watch: an example of how modern political documentary can become a sociohistorical account of the times.

However revolutionary (or otherwise) you think New Labour was, at least you get a sense from this documentary of politicians being, well, politicians. Last weekend I had the misfortune to catch a certain Mr Boris Johnson being interviewed on The Andrew Marr Show, before the Tory party conference. There he was, ranting, spluttering and bluffing away, like a market stall trader trying to sell you a crate of brown bananas. Ladies and gentlemen, our prime minister.

Who are we in the human world to judge a marsupial in search of true love?

The new four-part BBC One drama series Ridley Road (Sarah Solemani’s adaptation of Jo Bloom’s novel) starts powerfully: at a stately pile, a man, a woman and a small boy snap into a Nazi salute as “Kent, England, 1962” flashes across the screen. It deftly sets the scene for what’s to come: a drama, loosely based on real events, about Jewish resistance to the rise of fascism in Britain in the 1960s.

Ridley Road is no match for Sky Atlantic’s 2020 dramatisation of Philip Roth’s The Plot Against America, which dealt with similar themes. While some of the racists in Ridley Road (“We’re getting Britain back”) are central-casting Brexit, the main problem is the wildly swerving tone: dark, nostalgic, comic, serious, arch. Along with the fitful portrayals of 60s London (a breakfast of kippers here, a mention of the pill there), the effect comes perilously close to being Sieg Heil the Midwife. That’s not to say it’s all bad: a fascist rally interspersed with footage from the time was interesting. Elsewhere, Ridley Road works best in quieter moments: Jordan’s glittery-eyed mania lurking beneath his sensible cardi; Vivien instinctively hiding her Star of David necklace from a rowdy group on a train – a move it’s all too easy to imagine happening today.

BBC One’s bravura new nature series The Mating Game, about “the extraordinary strategies animals employ”, found David Attenborough purring his way through the sex and filth of the animal kingdom like George Sanders in a safari jacket. The first episode saw everything from male ostriches strutting in Namibia to zebra stallions brawling in the Serengeti. At one point a kangaroo stood on his hind legs and flexed his testicles. Who are we in the human world to judge a marsupial in search of true love?

Behind the scenes, the film crew’s usual techniques (skill, ingenuity, patience, more patience) didn’t work, as the worst drought in 90 years stopped the ostriches mating. The crew returned the following year, and just before the rains fell the ostriches recovered their sexual mojo, prancing and flirting on the ashy sands, dust pelting up from their feet. There’s a danger of taking these extraordinary, bewitching films for granted; Attenborough reminds us to take nothing for granted.

The new Channel 4 series Murder Island is an uneasy blend of murder mystery and gameshow, set on a Scottish island. Bestselling crime author Ian Rankin concocts a plot about the murder of a young woman on a remote island, then the mystery is performed by actors and puzzled over by amateur sleuths in teams of two, with real detectives reviewing their efforts. There’s a whopping prize pot of £50,000.

The show emerges into the grotesque, real-world timing of the Sarah Everard-inspired femicide debate: though in fairness, aren’t women forever getting killed on screen for our entertainment? All that aside, Murder Island is problematic: I was hoping for Inspector Wexford meets Hunted, but it’s more Balamory with blood spatters. The plot is confusing (ecowarriors, secret trysts); the sleuthing merely underlines how difficult (and deadly dull) real police work is; the acting makes Scooby Doo resemble The Wire. As new TV formats go, this one has a chalked outline around it.

What else I’m watching

Dementia and Us
BBC Two
The first of a two-part documentary about people living with dementia in the UK. One sufferer paints her door frames bright colours to avoid bumping into them; another’s daughter ensures she’s wearing her favourite perfume. Devastating and inspiring.

The North Water
BBC Two
Conclusion of the nightmarish Victorian Arctic whaling saga, starring a bestially grunting Colin Farrell and a haunted Jack O’Connell. Beats me why this hasn’t had more attention. In terms of acting and cinematography, it’s stunning.