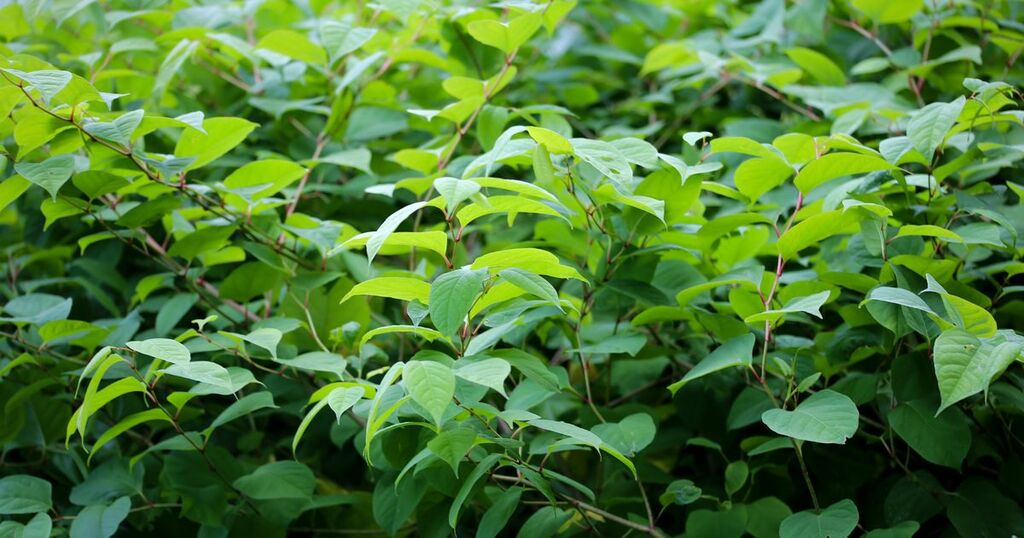 Japanese knotweed worst hotspots in the UK revealed - is your area one of them?
The UK is being invaded by the Japanese knotweed, a damaging weed that is spreading though the country. Some areas…

There are tips about how to spot it

The notorious weeds grow tall and spread rapidly, can cause damage to your property and can even stop other plants…

Japanese knotweed is known for being incredibly difficult to fully remove, due to how deep its roots grow - and…

Bolton has been revealed as the Japanese knotweed capital of the UK, with the north-west of England making up three of the top four most badly affected locations.

Bristol comes in second and St Helens in third while Wales is another particularly hard-hit region, with three places in the top ten.

Invasive plant removal company Environet are leading experts at extracting and treating the troublesome plant that can cause damage costing tens of thousands of pounds.

The plant, native to Asia, was initially brought to the UK in 1850 in a box delivered to Kew Gardens and it was much sought after for its pretty flowers – but its fast-growing roots led to a wild proliferation nationwide, with it now found all over the UK.

Can grow several inches a day

It hibernates through winter and reawakens in the spring and spreads rapidly with its root network crossing property lines and expanding at an alarming rate.

By midsummer, it can grow by several inches a day, and can be identified by its creamy white flowers which bloom around August time.

Each root can grow to be three metres deep and seven metres horizontally, often piercing through foundations, driveways and walls.

Last year, Dr Ross Cuthbert of Queen’s University Belfast led a project to analyse the economic impact of all the UK’s invasive species, and found that since 1975, the plant has cost the UK economy at least £41million a year.

“The majority of [Japanese knotweed’s] economical impact is in house devaluation from when you have knotweed on the property, and also the cost of removing an infestation,” Dr Cuthbert told The Telegraph at the time.

Now, Environet has released a map which shows how many infestations have been registered in a particular area via its 'Exposed: The Japanese Knotweed Heatmap' tool, as seen below.

Bolton has 684 infestations within a 2.5-mile radius of the town centre, whereas Bristol has 475 and St Helens 441.

Streatham in South-West London is the only location in the top ten in the London area, and came in at ninth with 300 logged infestations.

Nic Seal, managing director of Environet, said rapid urbanisation and a defeatist attitude to the species were to blame for its increased prevalence in the north-west and Wales.

He said the plant had become such a scourge in the area that many believed it was too prevalent to begin to combat.

Increases in urbanisation have also seen more soil being moved from one site to another, taking the plant — which can regrow from a lone finger-sized piece of root — to new areas which it then decimates.

“I think the reason why we see it far more in cities is because there has been more and more human movement of soil,” he told The Telegraph.

“A lot of that, I would say, goes back to the Second World War when there were huge amounts of materials being buried, moved around, bombed etc and obviously there is still a massive amount of the weed in London.

“There is also a lot of it in Wales and I think the reason for this is that for many, many years, the attitude was, ‘well, there's so much around that there's nothing we can do about it’.

“Also because land values are quite low in the area there's no financial incentive to fully excavate it as opposed to just using herbicides to keep it under control.

“If there was a million-pound house in London we would likely say that the value of the property justifies getting rid of the infestation properly, which means digging it up. So that might be a ten grand fee for a £1,000,000 house.

“But if you did the same in, say, Swansea, that house might be worth £100,000 so the treatment starts to look quite expensive.

“So in these sorts of properties you would just go for a herbicide treatment and control it that way. But controlling is not killing it and it is most certainly not killing it all which is needed to prevent it spreading.”

According to Environet’s research, approximately one in 20 homes are currently affected by knotweed, either directly or indirectly.

Mr Seal added: “By publishing the 2022 British Japanese knotweed hotspots we hope to raise awareness and encourage people in the area to be vigilant for signs of knotweed as the growing season takes off, so they can act quickly if needed.

“Anyone living near or moving to one of these hotspots would be wise to check their garden carefully, enter their postcode into Exposed to find out how many known occurrences are nearby and if in doubt, seek expert help.”

Japanese knotweed worst hotspots in the UK revealed - is your area one of them?
The UK is being invaded by the Japanese knotweed, a damaging weed that is spreading though the country. Some areas…

There are tips about how to spot it

The notorious weeds grow tall and spread rapidly, can cause damage to your property and can even stop other plants…

Japanese knotweed is known for being incredibly difficult to fully remove, due to how deep its roots grow - and…