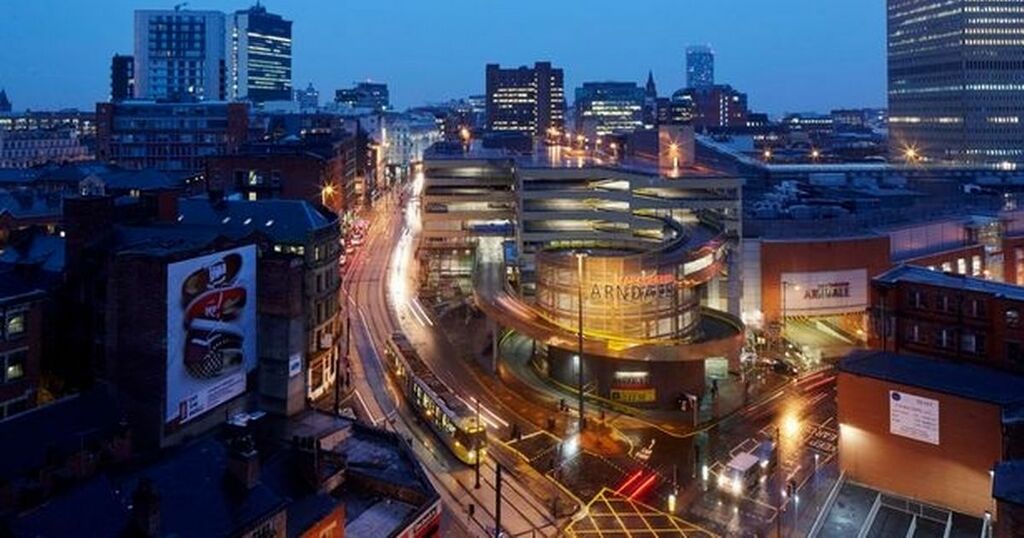 What did happen to Manchester city centre's bizarre obelisk?

And what's celebrity chef Gino D'Acampo got in store for the former Piccolino restaurant in Alderley Edge?

As ever, it's been a busy day of news and views in Greater Manchester.

The top stories from the Manchester Evening News today - January 9 - include the sad death of campaigning mum Dawn Fidler, who launched a charity to help other children and young people with brain tumours and disabilities inspired by her son - 'Super Josh'.

We went to Ancoats - named one of the coolest neighbourhoods in the world - to speak to its people and ask what makes it so special?

In a special report, the M.E.N. shared the stories of families who have lost loved-ones who were in-patients at Prestwich Hospital.

We reported from court on the chilling voice recordings which document how a weightlifting champion raged at his ex-girlfriend during their toxic 13-month relationship.

Tributes have also been paid to an RAF veteran from Stockport who tragically died in a car crash.

In case you missed them, we've put together some teasers below and links to the full articles.

There's many, many more on our website, so take a look here.

But here are some of the best read stories from Greater Manchester today - January 9, 2022.

A campaigning mum whose tireless charity work inspired by her young son touched hearts and lives across Greater Manchester has died.

Tributes are being paid to Dawn Fidler, the founder and chief executive of the Joshua Wilson Brain Tumour Charity.

Her son Joshua - known and loved as 'Super Josh' - was diagnosed with a brain stem tumour aged three. He sadly passed away aged 14 in November, 2014.

But through the work of the charity - and his mum - Joshua left a legacy which continues to help other children and young people with brain tumours and disabilities across Greater Manchester.

Dawn, from Walshaw, Bury, passed away at home after a short illness in the early hours of Sunday morning, her family confirmed. She was 44. Read more here.

My trans child went into hospital and didn't come home alive. This is what needs to happen now

Twenty four hours after the first anniversary of her child's death Sam Millers was tying a banner to railings.

As Storm Barra whipped up rain and a biting wind she was picketing the entrance to Prestwich Hospital with another grieving parent, Marc Thompson.

They come from different walks of life and different ends of the country. Marc is from rural Hampshire, and Sam is from Old Trafford.

But both know the pain of losing a child in the very place that was supposed to keep them safe.

For the fourth year running Ancoats has been named one of the coolest neighbourhoods in the world.

The suburb was once a landscape of crumbling mills and council flats - and saw decades of economic decline after cotton manufacturing slumped in the 1930's.

Those mills have now been transformed in to uber-fashionable city centre apartments and a cluster of trendy bars, restaurants and artisan coffee shops. And, as we enter 2022, the M4 postcode has been hailed by trendspotters in the national press yet again.

But, almost like a tale of two cities, on the fringes of the sleek new neighbourhood, social housing estates and long-established communities remain.

The M.E.N. goes to Ancoats - and speaks to its people. Read more here.

'You're my property': Bodybuilder's rage against the woman he terrorised exposed by chilling tapes

These are the chilling voice recordings which document how a weightlifting champion raged at his ex-girlfriend during their toxic 13-month relationship.

In November the 34-year-old was handed a ten month jail term suspended for two years, and a restraining order, after admitting coercive and controlling behaviour.

He was also ordered to complete 31 sessions of the Building Better Relationships programme and 200 hours of unpaid work.

His victim, who has asked for her identity to be concealed, has since released a series of voice recordings to the M.E.N. Read more here.

Tributes have been paid to a former teacher and RAF veteran who died after being hit by a vehicle on a car park in Stockport.

Ken Birks, 95, sadly passed away after a grey Vauxhall Meriva collided with him while he was on a designated footpath in the car park of Kingsgate House on Wednesday (January 5).

The former teacher and assistant director for education at Stockport Council was described as a 'funny, intelligent and determined' man by his family in a touching tribute.

Plans for new 'Martyn's Law' counter-terrorism legislation to protect the public are set to be published by the Government on Monday.

Under the proposals, venues would have a legal duty to provide specific security plans for a terror attack.

Private and public owners of venues and sites currently have no obligation to act on free advice given to them from specialist counter-terrorism advisers about threats of a terrorist attack and how to mitigate the risk.

Ministers announced new 'Protect Duty' legislation, which builds on the proposals for 'Martyn's Law', in February 2020, although the Covid-19 pandemic has delayed the period of public consultation.

The development follows a long and respected campaign from Figen Murray, whose son Martyn Hett died in the Manchester Arena bombing of 2017.

Wigan continues to have the highest coronavirus infection rate in Greater Manchester.

It comes as the number of people admitted to hospital with coronavirus has risen, as the Omicron variant continues to tear through the nation.

Latest figures show that 2,434 people were admitted to hospital with the virus, bringing the seven day admission to a total of 15,812 - a week on week increase of more than 50 per cent.

Wigan recorded a rate of 2557.8 cases per 100,000 people in the week ending January 5, which represents the latest data available from the UK Health Security Agency.

How did a woman who could barely walk 200 yards end up dying 2.5 miles from her home?

She could barely walk 200 yards without getting out of breath.

But Karen Jackson was tragically found dead in a river two-and-a-half miles from her home in Stockport.

An inquest held into the 57-year-old's death concluded she died as a result of an accident after she drowned in the River Goyt.

CCTV footage showed a figure believed to be Karen walking alone towards a ginnel leading to the river shortly after midnight on the day of her death.

But how Karen, who suffered bronchitis, made such a journey remains a mystery to her loved ones.

The inquest into her death at Stockport Coroner's Court heard Karen, of Windle Court, Offerton, was found in the river near an access point off New Bridge Lane. Read more here.

Celebrity chef Gino D'Acampo has spoken of how excited he is to get his first Alderley Edge restaurant open - after saying he "kicked out" the previous incumbents Piccolino.

The new signs for Luciano by Gino D'Acampo are now up at the prime London Road site in Alderley Edge, which Gino himself will formally launch at a party on January 24.

However Luciano is already open to diners - after a swift and seamless takeover by Gino, with his "upmarket" Italian restaurant Luciano emerging to open on the same day that Piccolino formerly left the building on January 4.

Now the Italian chef has taken to Instagram to reveal his plans for the site, cheekily saying that he "kicked out" Piccolino to finally get hold of a much-wanted in Cheshire 's Golden Triangle. Read more here.

What happened to the Market Street obelisk? The 90s Manchester meeting place that disappeared and was forgotten

It sprung up sometime in the 90s, quickly acquired several unflattering nicknames then disappeared almost overnight.

The Market Street obelisk was a city centre oddity that caused quite a stir at the time, but is today largely forgotten.

Thought to have be the brainchild of then Manchester council leader Graham Stringer, it was supposed to give Market Street a 'market town feel'.

Sitting near HMV the obelisk became a popular place for teenagers and punks to hang out.

The M.E.N. takes a look at a curious piece of the city centre's past. Read more here.