The thought processes on a private university campus 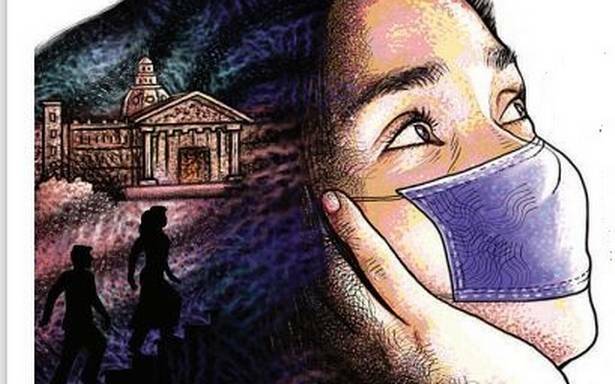 Teaching at a private university for the past seven years has been a strange and strengthening experience for me. I consider it a fortune to have a job in Indian academia, more so for the fact that I teach subjects such as Israel studies and international politics which are important to me. Such subjects are very limited in the Indian context.

Teaching about politics and its concepts such as state, democracy and society, I often encounter resistance to caste-based reservation or any affirmative action (such as reservation for women) among the undergraduate students who think merit and competition are more productive values for us as a society and for the sake of development of India. In my regular class exercise, I ask students around the age of 18 or so what will they vote for when they get to vote in a national election. Their usual answers are development, infrastructure, employment, accountability, women’s empowerment (safety or equal rights not included), foreign policy and so on. Each semester, the quality of answers remains the same as people who come to study at a private university represent their world views formed primarily at home that are upper caste and higher class who think merit and competition are the most important things to do and India has wasted resources and time over welfare schemes or affirmative actions for long.

Most students have been to private schools only; they go to private hospitals when they need to and they think state should privatise most of its aspects. Private entities augur efficiency, accountability and professionalism and hence state shall wither away. Thus their assumptions and views are organic and hence legit when we take them based on their lived experiences.

The pandemic compelled a rethinking of many things, and I have gathered a change among my privileged students when it comes to public health and the responsibility of the state. Though such students did well, as usually, when it comes to their education during the last one year, they have been taught for the full semester through online classes, with courses not shortened and degrees and exams completed on time.

Personally, they went through the pain and agony of the pandemic as some of them lost their loved ones, and some caught the virus and felt helpless. The worst realisation was that their regular private hospitals failed to deliver services this time. It might not have happened ever before because money always could ensure a safe world. Suddenly access to a private hospital, a health insurance or access to the best of the country’s doctors did not matter and they needed to go through vulnerability and fear like the masses. The state was expected to step in but it wasn’t there.

Socially, they went through some hard realities when they witnessed that the Indian state (something that they believed to be “a rising power”) collapsed and people managed to survive on their own during the second wave. The bodies left to rot in rivers of North India or the constantly burning crematoriums were too much for their tender age. Such an existential crisis is transformative and it did compel many to think of public health facilities as a more important issue than let us say a bullet train or economic development.

Rather than wishing away the state, they have felt state is needed for not only collective good but also for their personal well-being. They might now appreciate the principles of reservation as it is the responsibility of the state to protect the vulnerable and weak.

John Locke, liberal political philosopher, said people need the state as a “nightwatchman” so that they can go on with what they choose to do and there is a state to protect them. Long live the welfare state, we may do better without the obsession of meritocracy.