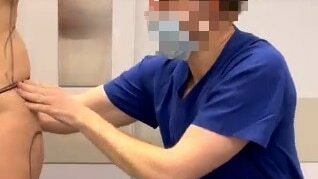 Vaccines aren't the only injections on offer in Sydney's lockdown.

Surprisingly, some cosmetic clinics are offering treatments like botox, fillers and liposuction.

And, confusion reigns about whether clinics are in fact breaking the rules by keeping their doors open.

That's how Cosmos Clinic — which has two eastern suburbs locations — says its been able to operate.

The cosmetic surgery has been posting videos to its Instagram account of clients coming in for lockdown liposuction, breast enlargements and "Brazilian butt lifts".

It's also been doing botox and fillers.

A spokesperson for Cosmos Clinic said: "At this time we are only providing surgical and medical procedures performed by AHPRA (Australian Health Practitioner Regulation Agency) registered health practitioners that involve the prescribing of schedule four medications, procedures requiring venous access, or post-operative care for our surgical patients."

"These procedures include injectable treatments such as anti-wrinkle treatments and dermal fillers (schedule four medications), and post-operative follow-up appointments."

Cosmos insists there is nothing in the public health orders prohibiting non-essential healthcare.

But that's beside the point, according to NSW Health.

The health orders state a person may leave home to obtain medical care, including a COVID-19 test or vaccination, get health supplies or donate blood.

"Beauty salons and beauty clinics performing cosmetic procedures are required to be closed," they said.

"NSW Health asks people and businesses not to seek exceptions to the rules, but to ensure they comply with them to keep our loved ones and the broader community safe at this critical time."

But when asked yesterday if it was disappointing that clinics had been offering services like botox, Health Minister Hazzard sent a different message.

The Minister did not say whether NSW Health had approved any cosmetic clinics to open.

All non-urgent elective surgery at public hospitals across Greater Sydney has been suspended since August 2 and private hospitals only recommenced non-urgent day surgeries this week.

This has prevented people from having medical procedures like colonoscopies and even mammograms done.

Injectables Institute Australia (IIA), which has 22 clinics across Sydney, claims it was given verbal approval by NSW Health to continue welcoming clients to its Warriewood and Miranda outlets.

Director Mike Richards said, like Cosmos Clinics, the business had only been offering services involving schedule four drugs (which includes local anaesthetic) that must be performed by authorised health practitioners.

"If you've got a client on a treatment plan and you've been building up a particular area for that client, be it lips or tear troughs or cheeks, there's certain times where those clients have to come back in in order to maintain the structure that you're building for them," he said.

"If you don't, then they've pretty much lost anything that's in there and they've got to start again."

Mr Richards claimed the stores had been opening for around 12 clients per week, something he said had little financial benefit.

"It costs us more to have a nurse on," he said.

"We have not been offering beauty services like laser treatments.

"I'm not putting anybody at risk or putting our neck on the line by doing anything that's illegal or against health orders.

"That's not the sort of business that we are."

Mr Richards claims a NSW Health representative told him verbally he would be able to operate two clinics if only existing patients were able to visit.

However one Sydney woman who had fillers at the Warriewood clinic last month claimed that she was a first-time client.

"They told me they have exemptions as they do a lot of medical procedures ... but my procedure wasn't medical, it was purely cosmetic," she told the ABC.

"I should known better ... but I believed them, I just trusted them."

Mr Richards said he would investigate the situation and was "disturbed and upset" to hear the woman had been able to book in.

"That's not something that happened on my watch. I will look into it and see how that was missed because that's not what we're supposed to be doing," he said.

"Medical professionals should apply appropriate COVID-19 screening procedures with all patients seeking medical care and are encouraged to assess the urgency of performing procedures at this time," she said.