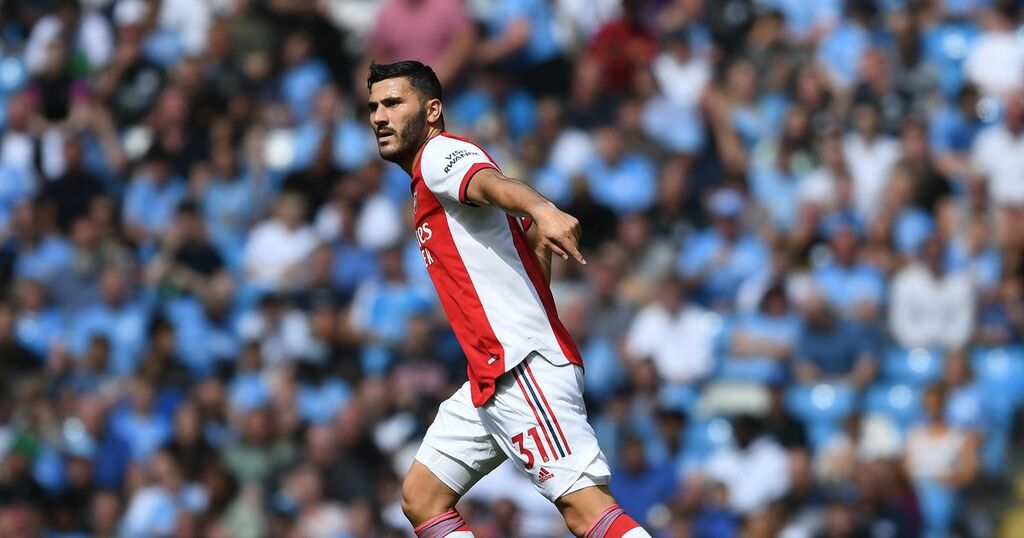 Arsenal have missed the deadline to register a new midfield signing for Sunday's North London Derby against Tottenham Hotspur.

As reported by football.london earlier in the week, the Gunners are hopeful of completing a loan deal for Juventus and Brazil international Arthur Melo until the end of the season.

Mikel Arteta and Arsenal technical director Edu have decided to move for the 25-year-old in an attempt to ease their ongoing midfield crisis - a situation made even worse following Granit Xhaka's red card against Liverpool in the Carabao Cup semi-final first-leg.

The Switzerland international will now miss Sunday's clash against Spurs through suspension, leaving Albert Sambi Lokonga as the only senior midfielder available for selection.

Therefore, it was little surprise to learn that the north London outfit were pushing to get the loan deal for Arthur completed in order to have him in contention to face Antonio Conte's side.

However, they would have to register the Brazilian by 12pm on Friday, January 14, for him to be available for selection, as per Premier League regulations.

"Subject to the provisions of Rule V.1, the deadline for receipt by the board of all duly completed documents required by these rules to effect the registration of a player shall be 12 noon on the last Working Day before the date of the first league match in which the club making the application intends him to play, save that the international transfer certificate and evidence of eligibility to take up employment in the United Kingdom (in both cases if applicable) may be provided thereafter (but must be provided before the player is eligible to play for a club in a league match)," a statement reads.

With the game against Spurs being on Sunday, the last working day before that clash is today (Friday 14 January) - meaning time was always against Arteta and Arsenal.

And with the deadline passing and no announcement for Arthur, it's safe to say the midfielder will not be making his Gunners debut against Tottenham.

As a result, it's looking like Arteta will have to get creative when putting together his midfield for the North London Derby.

One player who could be in line to solve the crisis - provided he overcomes a tight hamstring that kept him out of the Liverpool game - is Sead Kolasinac.

This would be a surprise call by Arteta as the Bosnia and Herzegovina international is a natural left-back/left wing-back, although he did operate as a left-sided centre-back against Spurs in the 2019/20 season.

And whilst the idea of Kolasinac playing in midfield for such an important game might cue groans from some Arsenal supporters, it's worth noting that, as per The Athletic, he was considered for the role against Nottingham Forest last weekend.

Of course, Arteta opted against this decision for the FA Cup tie as he handed a first senior start to Charlie Patino.

But with no new midfield signing, Xhaka suspended, Thomas Partey and Mohamed Elneny away at the Africa Cup of Nations, Ainsley Maitland-Niles gone and Martin Odegaard likely to be in isolation after testing positive for COVID-19, could Kolasinac come back into the Spaniard's thinking for Sunday?

Alternatively, Arteta could make a bold call by placing a huge show of faith in Patino, or play Calum Chambers in midfield - although this is dependant on the right-back situation with Takehiro Tomiyasu and Cedric Soares doubtful.

Another option is Benjamin White who was sometimes used in midfield at former club Brighton and the idea of him solving Arsenal's crisis has already been discussed.

"That's one of the positive things with Ben, that he has the capacity to play in different roles."