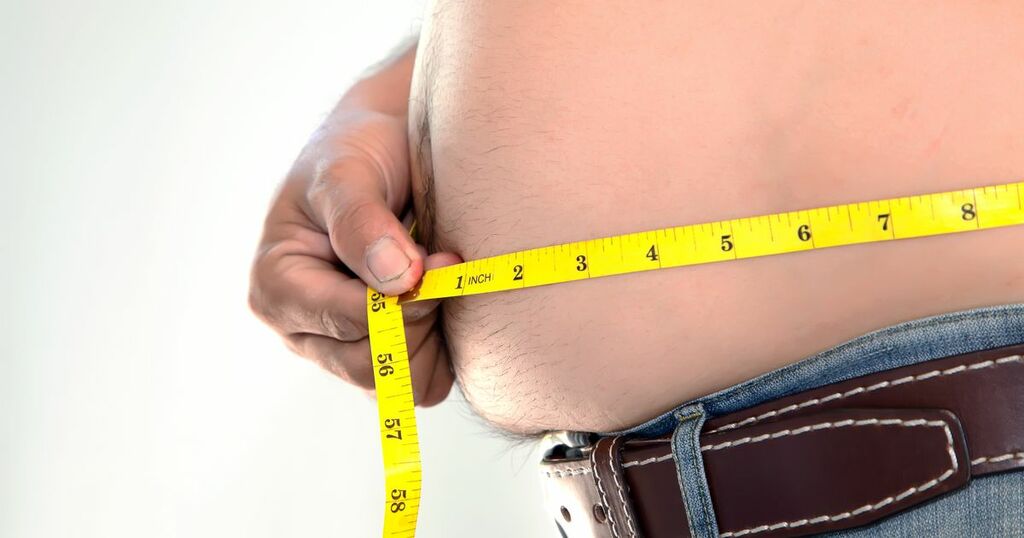 Certain fruits may help your body tackle dangerous abdominal fats, according to studies.

Visceral fat is an invisible but highly hazardous fat that is lodged deep within the abdominal cavities of our bodies.

Unlike subcutaneous fat - the jiggly bits underneath our skin - visceral fat is invisible to eye but can cause risk to overall health.

One of the many complications linked to the condition is early death - reports The Express.

However, eating strawberries could help tackle the dangerous cells in our bodies.

The sweet fruit has the ability to stave off trouble by producing hormones capable of melting the lipid.

Visceral fat is generally understood as the result of hormonal imbalances and genetics.

Because the fat cells that sit in the body’s midsection are biologically active, visceral fat disrupts the normal balance and functioning of hormones.

The lipids are notorious for releasing damaging chemicals that increase the risk of cardiovascular disease, by harming the sensitivity of cells to insulin and clotting.

The benefits of eating fibrous foods such as fruit for visceral fat loss are well-established.

Soluble fibre, which generally consists of beta-glucan and glucomannan, mixes with water to form a gel-like substance that slows the speed at which the stomach releases digested food into the gut.

This is partly why the soluble fibre found in strawberries can help belly fat loss.

In fact, the study found that for every 10-gram increase in soluble fibre eaten per day, visceral fat adiposity stopped by 3.7 percent over five years.

An increase in moderate activity, on the other hand, resulted in 7.4 percent decrease in visceral fat accumulation over the same period of time.

Strawberries are believed to be particularly beneficial for weight loss because they boost the production of leptin, and adiponectin, two fat-burning hormones that also suppress appetite.

Adiponectin acts as a buffer against visceral adipose, due to its insulin-sensitising effect.

Leptin, on the other hand, is believed to play a key role in body fat distribution.

The American Dietetic Association adds that the fruit may help with weight loss by stimulating metabolism.

What’s more, a study conducted by the Department of Nutrition at the University of California, found that regular consumption of strawberries may counterbalance the negative effects of a high-fat meal.

Researchers attributed these effects to the fruit's antioxidants, namely anthocyanin.

In fact, strawberries feature among the top 10 fruits for their antioxidant effects, helping protect against stroke, cancer, and high blood pressure.

These powerful antioxidants have been shown to lower LDL cholesterol and triglycerides in countless studies.

A host of epidemiological studies also associated regular intake of anthocyanin with improved weight maintenance, as well as neuroprotection.

To reap the benefits of the strawberries for the heart, experts recommend eating three or more servings of strawberries each week.