The story behind Newcastle United's exhaustive pursuit of Kieran Trippier 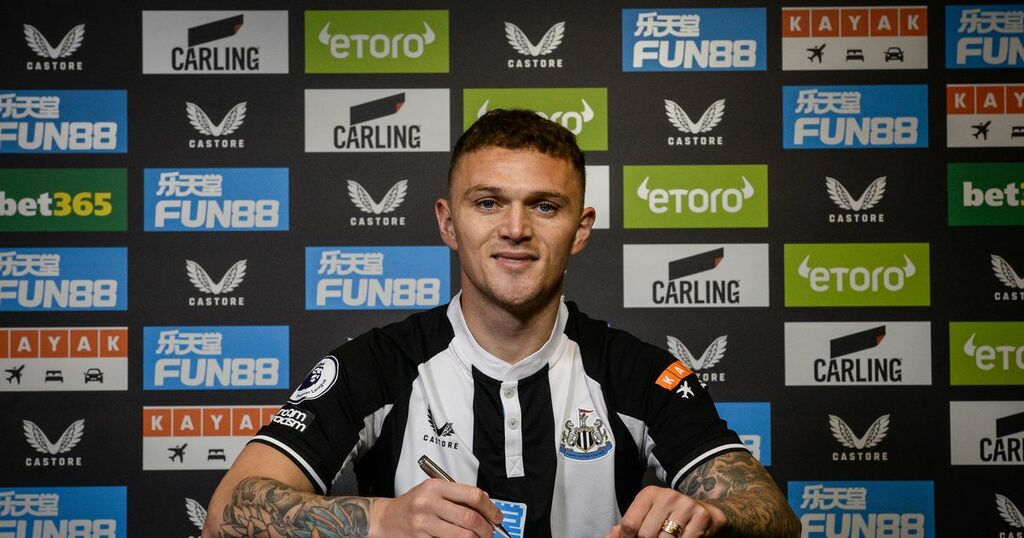 Newcastle United's pursuit of Kieran Trippier has been exhaustive but worthwhile after a long chase for his services.

The 8am announcement was celebrated by United supporters after potential sleepless nights for some after the deal took a little longer than expected, but perhaps we should never have worried.

Trippier's number 15 shirt is already doing a roaring trade at the club shop with Castore's popular shirt now available at a reduced price in the January sales.

But no longer are the supporters the only ones making January acquisitions for their beloved club...

Despite Trippier's age group, Newcastle's recruitment department had the 31-year-old on their database before the takeover was pushed through given the fact he was always going to head home to the UK eventually and there was scope of a Bosman-type deal.

Even under Mike Ashley, Newcastle weren't strangers to signing a "thirty something" after landing Andy Carroll in 2019 regardless of their reputation of signing younger players will sell on potential.

However, the monitoring of Trippier's Madrid assignment may have been simply covering a base for head of recruitment Steve Nickson under previous management.

And it was only after Ashley sold up to Amanda Staveley and co that the scouting missions and intelligence on Trippier began to intensify.

As reported by the Chronicle last year senior Newcastle scout Mick Tait was sent to Anfield to watch the right-back during Liverpool's 2-0 Champions League win over Atletico Madrid on November 3.

From then on, Trippier's name was close to the top of the wanted list for Newcastle's new owners and Nickson had the former Burnley and Spurs star in his mind when he held a scouting summit at St James' Park in early December.

With wage demands no longer the huge obstacle they once were for United, Nickson was given the green light from Staveley and the new board to get in position for Trippier in good time for the start of the window.

After working closely with Trippier's agency Base before, as well as having talented youngster Dylan Stephenson on the books, Newcastle were able to move swiftly.

By mid-December, the Magpies were close to the top of the list of clubs that expressed concrete interest in the full-back.

Then it was down to Trippier to notify both Diego Simeone and the Atletico president Enrique Torres that he was keen to depart in the January window.

Torres, a Spanish film producer, did not want to part with Trippier after his huge contributions to their La Liga title victory.

In the end, his acceptance that there would be a romantic ending for Trippier, as the Bury lad returns to the north of England, was key.

Indeed, Torres even stage-managed the conclusion of the deal by delaying the official announcement until breakfast time on Friday morning as he called for focus on Atletico's Copa del Rey tie against Rayo Majadahonda.

And it wasn't like it came as a shock to those down the corridors at the impressive Wanda Metropolitano Stadium.

After all, Newcastle talk had merely replaced the conversations about a possible move to Manchester United last summer.

Back then the Red Devils could not agree on a fee with Los Rojiblancos and he stayed put, but that didn't stop Trippier and his family from wanting a return home.

"I have personal reasons with my family and it was most important that they were happy and settled with the decision.

"I knew the players and staff and it made it easy for me."

Newcastle were happy to pay the £12million fee but there are add ons that could take it up to £25million according to sources in Spain.

Despite late interest from Chelsea, Newcastle were in pole position to land Trippier simply because the bulk of the work was carried out in December by club officials.

Whatever way you look at it, Trippier - a fully-fledged England star - is a marquee signing who arrives in the peak years of his career.

Howe simply sees him as a very good player, and said: "We have not intended it to be a statement signing.

"We want his mentality in a relegation battle.

"He is up for the fight, relishing it and wants the challenge.

"But also a longer-term vision of what the club can do for his career.

"It is a sign the club has a huge pull.

"Hopefully other players around the world will share his vision."

Trippier's exit and Newcastle's iconic black and white stripes will be splashed all over the pages of big selling newspapers like Marca and Diario AS when the morning coffees are served tomorrow in cafes in Spain.

Like Trippier, Newcastle United mean business again, and one way or another the world are going to see it.

Trippier may no longer have the pleasant sun of Madrid on his back, but he has an army of Newcastle fanatics behind him and the roar of the Gallowgate End to warm his heart.