The Spectrum Skin Bundle In ‘Valorant’ Was Designed By Musician Zedd 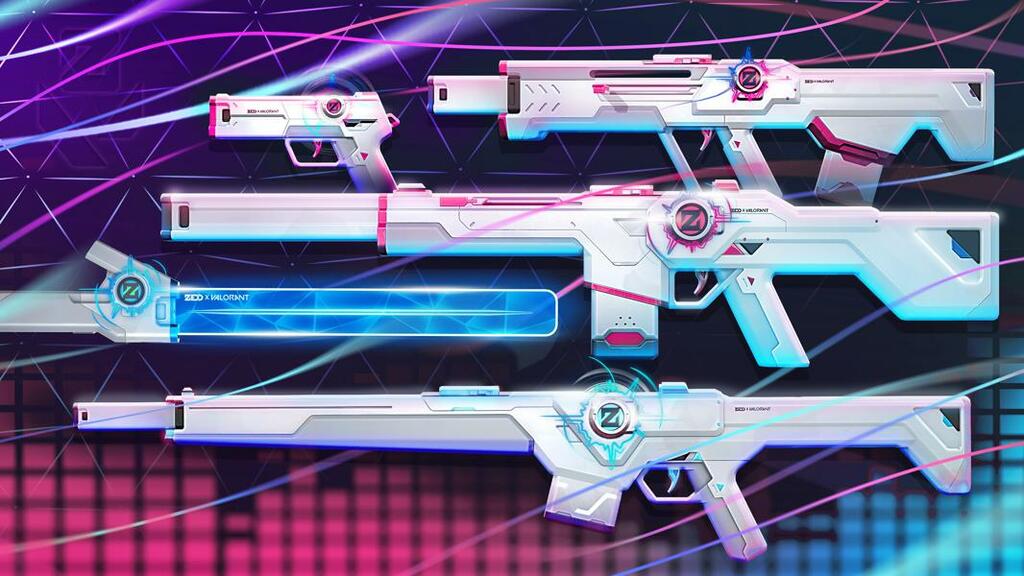 The next skin bundle coming to Valorant is the Spectrum bundle, which has been designed alongside musician and Valorant fan Zedd. The bundle features a number of skins which Zedd helped design, and which feature musical components based on his music.

The bundle is set to launch on September 8, and will cost 10,700 VP, making it one of the more expensive skin sets in Valorant. Included in the Spectrum bundle are skins for the Phantom, Bulldog, Classic, Guardian and of course the melee weapon. There are also two gun buddies, a spray and a player card.

Obviously the main selling point of this set is the collaboration with Zedd, who is a massive Valorant fan himself, which made this collaboration make a lot of sense for the Valorant team. Being able to bring in a big name to work on a cosmetic set will no doubt make this one of the best selling skin sets in the game, but the general design of the set was made so that even those who don’t know who Zedd is will be able to enjoy it.

“Zedd was very interested in collaborating with us on a skin line because he’s a huge fan of Valorant,” said ​​Sean Marino, Art Lead on Valorant at Riot Games. “He was playing the game for many months before our team met him, so it was cool that he approached us as a Valorant player, not as Zedd the artist. When we first started talking about ideas, something we established really early on with him was that we wanted to make a skin that would be broadly appealing and awesome whether or not you were familiar with Zedd’s music or brand. This means that players who like sci-fi and sound-heavy skins would love this skin, rather than this just being a skin that only Zedd fans would enjoy.”

The skin set is not just the cosmetic look of the weapons, but also a number of other extras, such as animations and finishers. Of course, with Zedd being a musician the team has worked to make all of these aspects of the set feature a musical element, made in collaboration with Zedd himself. This makes it one of the most complex sets in Valorant currently.

“The Spectrum skin is the most ambitious and complex skin line we’ve ever made, arguably more complex than the Elderflame dragon,” said Preeti Khanolkar, Senior Producer on Valorant at Riot Games. “And Spectrum has the most new features of any skin out there. We often say that every skin has to have an ‘oh shit’ moment, but I feel like this skin has several big ‘oh shit’ moments.”

For Zedd himself this is a big moment for him, and something he has been looking forward to for a long time. He has been a fan of Valorant since it launched, and now he has the chance to have an impact on the whole game.

“The very first time I got my hands on Valorant, I pretty much stopped playing all other games,” said Anton “Zedd” Zaslavski. “It was the perfect combination of my favorite games. When I was younger I was obsessed with Counter-Strike, and in recent years I played loads of Overwatch, but felt like the room for “clutch” moments just wasn’t there. When I heard about Valorant, I thought it could combine my love for abilities with the high-consequence gameplay of a game like Counter-Strike.”