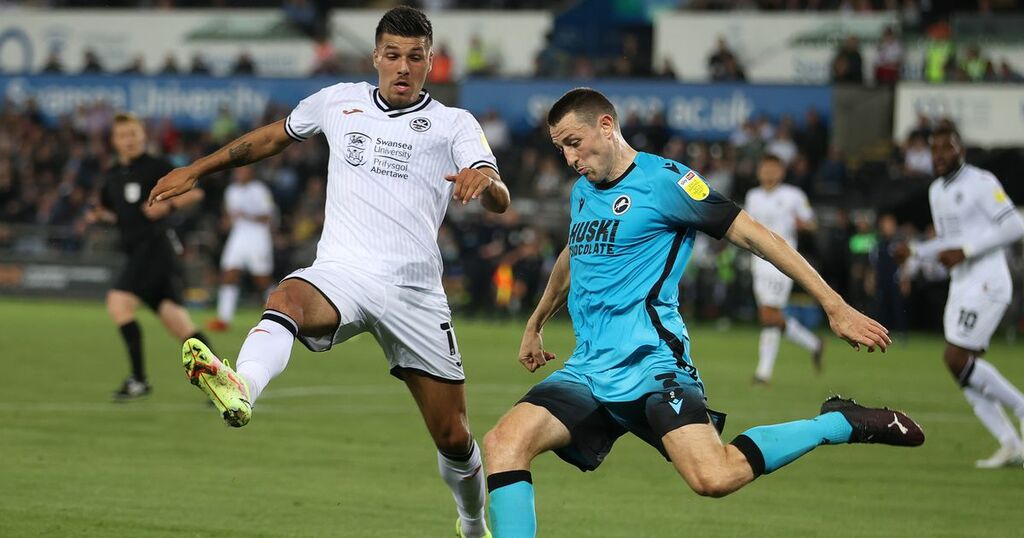 Didn't have a shot to save in the first half and was comfortable on the ball when required. Superb stop to deny Tom Bradshaw and also kept out Jed Wallace's rasping strike in the second half.

Constantly got on the ball and looked to inch Swansea up the pitch when possible. Didn't really do much wrong.

Made a block early on and was untroubled defensively. Booked for a foul in the first half but, on the whole, was solid in all aspects.

Was solid in the air when Millwall were more direct and was generally reliable in possession. Solid enough return.

Put in a great cross for Jamie Paterson in the first half and was generally lively. Also made a number of clearances to ensure Hamer had a quiet night. The pick of the outfield players.

Constantly passing from a deeper role, and looked best when driving forwards, something we didn't see often enough. Good defensively, though.

Moved here, there and everywhere to get on the ball in an attempt to give Swansea more creativity. Decent attempt with a free-kick.

On his return to the side, Manning made his share of tackles and volleyed over in the first half. Decent on the left in fairness.

Didn't carry much of a threat in attacking areas and was replaced after the hour mark.

One of few who really took it upon themselves to get Swansea into the final third in the first half. Spurned a good chance from Laird's cross in the opening 45.

Had a shot blocked in the first half and needed more of the ball in dangerous areas to be more of a threat. Subbed.

Michael Obafemi (for Ntcham) - Looked lively and helped Swansea to lift the tempo. So close to netting his first Swansea goal. 6

Liam Walsh (for Paterson) - A lively cameo from the midfielder after more than a month out with a hamstring injury. Great pass to create a chance for Obafemi and a fine strike with a late free-kick. 6

Liam Cullen (for Piroe) - Had a shot blocked but had little time to make an impact. N/A