The Russian Army Could Spring Deadly Traps For Ukrainian Tanks 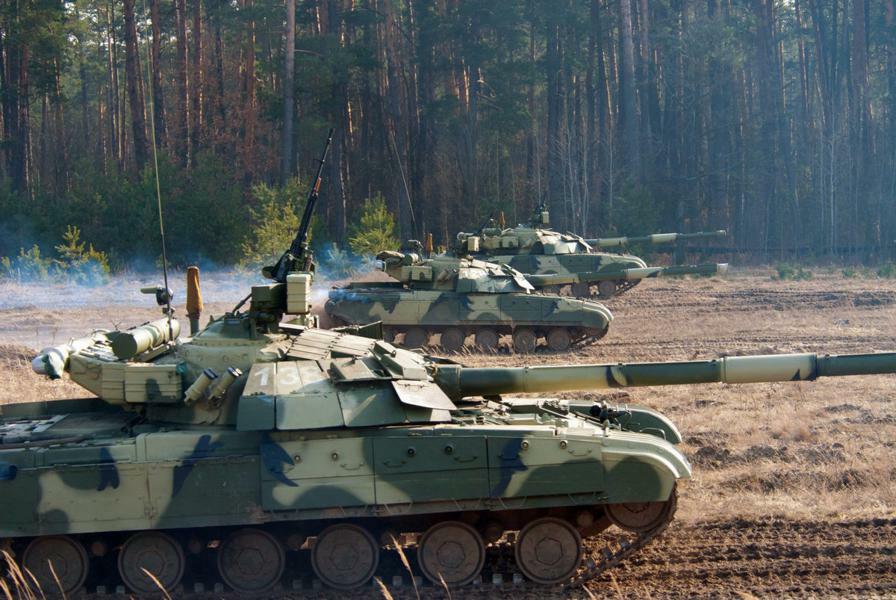 The Russian and Ukrainian armies both follow the same Soviet-era doctrine. So if Russia makes good on its threat—implied by the buildup of 100,000 troops and 1,200 tanks on the Russia-Ukraine border—and widens its war on Ukraine, you can expect both sides to fight in similar ways.

That means we can anticipate the Ukrainians engaging in an “active defense”—launching swift counterattacks to blunt the Russian assault. By the same token, we can expect the Russians to fold hasty defenses into their offensive plans, aiming to defeat Ukrainian counterattacks in order to keep the overall offensive moving west toward Kiev.

In their definitive The Russian Way of War, Lester Grau and Charles Bartles explained how a Russian battalion tactical group—the Russian army’s basic fighting formation, 900 men and 50 vehicles strong—might defend against a counterattack. A decoy platoon is critical to the plan.

The decoy platoon is a real platoon, with three BMP tracked infantry fighting vehicles or three wheeled BTRs. But its role in the defense is an elaborate fiction. It occupies a special position on the battalion’s front line. “The purpose of this position is to create a penetration point for the attacking enemy,” Grau and Bartles noted. If the battalion commander knows where the enemy is likely to penetrate, he knows where to aim his antitank weapons.

The decoy platoon won’t be the only unit on the battalion’s front, of course. But it’s the only one whose job it is to fall back, on cue, in order to spring a trap. The other platoons will stand fast, offering up stiff resistance that naturally steers the attackers toward the platoon that seems to be the weakest. Minefields and artillery fire also can help nudge the enemy in the direction the battalion commander prefers.

“After a fight, the platoon will fall back to its actual position, creating a fire sac and blunting the penetration,” Grau and Bartles explained. “The advancing enemy will then be caught in flanking cross fire.” The battalion’s attached engineers can help to contain the attackers by felling trees and scattering mines.

The Russians will fire down on the penetrating Ukrainians with tanks, BMPs and BTRs, Kornet-T tank-destroyers, Rapira anti-tank guns and dismounted teams launching Metis anti-tank missiles. Forward-observers will call in artillery and rocket fire. The aim is to “defeat a massed tank attack and destroy it as it attempts to wedge into the defense.”

If there’s any hope for the Ukrainians, it’s that they know to expect this trap because their own defensive plans also hinge on the same tactic. Whether a Ukrainian commander falls for the Russians’ staged weakness and sends his troops into a trap could come down to good intelligence, a lot of discipline and a little luck.